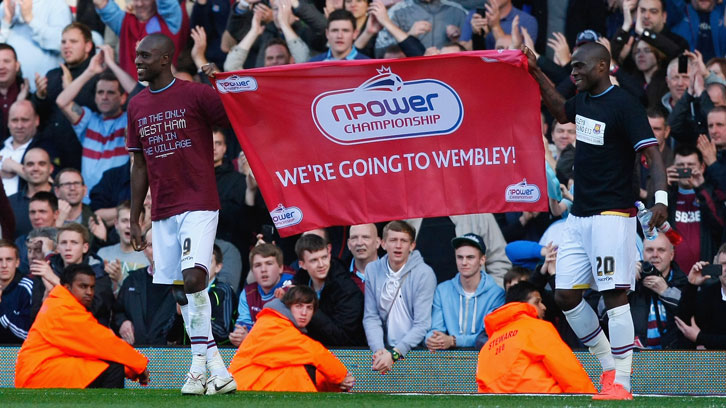 When West Ham United began the 2011/12 season following relegation, the expectation among many fans was that the Hammers would romp to the Championship title.

The signings of Kevin Nolan, Matt Taylor, Abdoulaye Faye and John Carew added to the optimism that the Club’s fortunes would turn around immediately following the horror-show of 2010/11, when the Hammers finished rock bottom of the Barclays Premier League.

However, a 1-0 home defeat by Cardiff City on the opening Sunday of the season gave those same supporters a reality check – Promotion was not guaranteed.

Despite achieving a club-record 13 away wins, losing just eight of their 46 league matches and amassing 86 points under new manager Sam Allardyce, West Ham had to make do with third place and a spot in the Play-Offs.

There, in the semi-finals, West Ham would face the same Cardiff side which had beaten them nine months earlier.

Malky Mackay’s Bluebirds had finished eleven points behind the Hammers in sixth, but they had lost just nine league matches all season. The men from the Welsh capital would be no pushovers.

The first leg was played at the Cardiff City Stadium on Thursday 3 May 2012 amid raucous noise, with 20,000 home fans singing ‘Men of Harlech’ at the tops of their voices in the lead up to kick-off.

West Ham’s players did not cower, however, and it took just nine minutes for Jack Collison – a Wales international who had represented his country in the same stadium just two months before – to nod the visitors into the lead after David Marshall had parried his initial shot.

Four minutes before half-time, Collison stunned his fellow countrymen a second time by driving a shot in from the edge of the box, albeit with the help of a deflection off Liam Lawrence.

Despite a determined effort from Cardiff after the break, West Ham would take a two-goal advantage back to London for the second leg.

“We all know how important this fixture is to everyone connected with West Ham United,” penned manager Allardyce in his programme notes for the return match, “and we will be doing absolutely everything we can to win through to the final.

“We are in a good position, but there is still plenty of hard work to be done.”

Just as it had been in South Wales, the atmosphere for the second leg was fantastic, with the sound of ‘Bubbles’ and ‘Come on you Irons!’ filling the air as the two teams took to the field.

Big Sam was able to name an unchanged side from the first leg, with Kevin Nolan captaining the side alongside recently-crowned Hammer of the Year Mark Noble and Gary O’Neil in midfield, with first-leg match-winner Collison and Ricardo Vaz Te supporting Carlton Cole in attack.

At the back, the dependable Robert Green started in goal, with Guy Demel and Matt Taylor at full-back and Winston Reid partnering James Tomkins in central defence.

After a lively opening 14 minutes, that man Collison was at the centre of the action again, nut-megging Cardiff left-back Andrew Taylor before winning a corner.

Matt Taylor’s kick bounced off the shoulder of Cardiff defender Andrew Hudson and Nolan was on hand to nod home from two yards. As the Boleyn Ground erupted, the skipper celebrated with his trademark ‘Chicken Dance’. 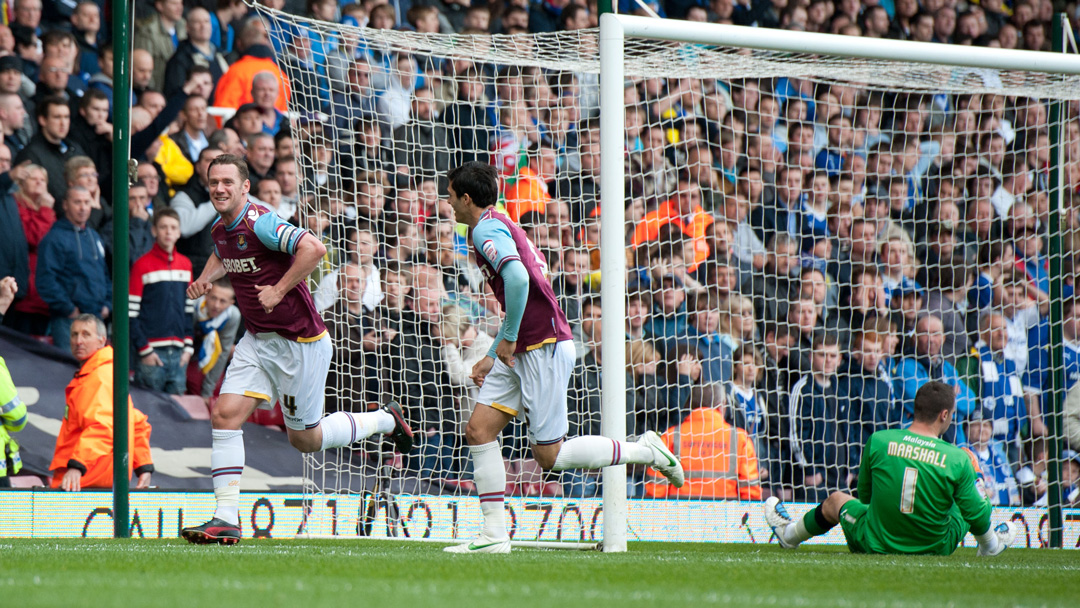 Six minutes before half-time, the tie was all but over as O’Neil and Demel combined to release Vaz Te inside the penalty area, and the Portuguese forward made no mistake with a thumping, rising shot high into the net.
West Ham’s dominance of this semi-final is underlined by a third goal of the day and a fifth in the tie. Cardiff are hammered and West Ham are flying back to Wembley

Cardiff's players emerged a full three minutes early for the second half, no doubt with Mackay’s team-talk ringing in their ears. However, with four goals to find in just 45 minutes, the Bluebirds surely knew that the game was already up.

Three minutes into the second period, Collison was forced off with a shoulder injury, to be replaced by on-loan Arsenal midfielder Henri Lansbury.

Thankfully, a visit to hospital showed that Collison had not suffered any serious damage to his shoulder and the No10 was able to take his place in the starting line-up for the Play-Off final 12 days later. 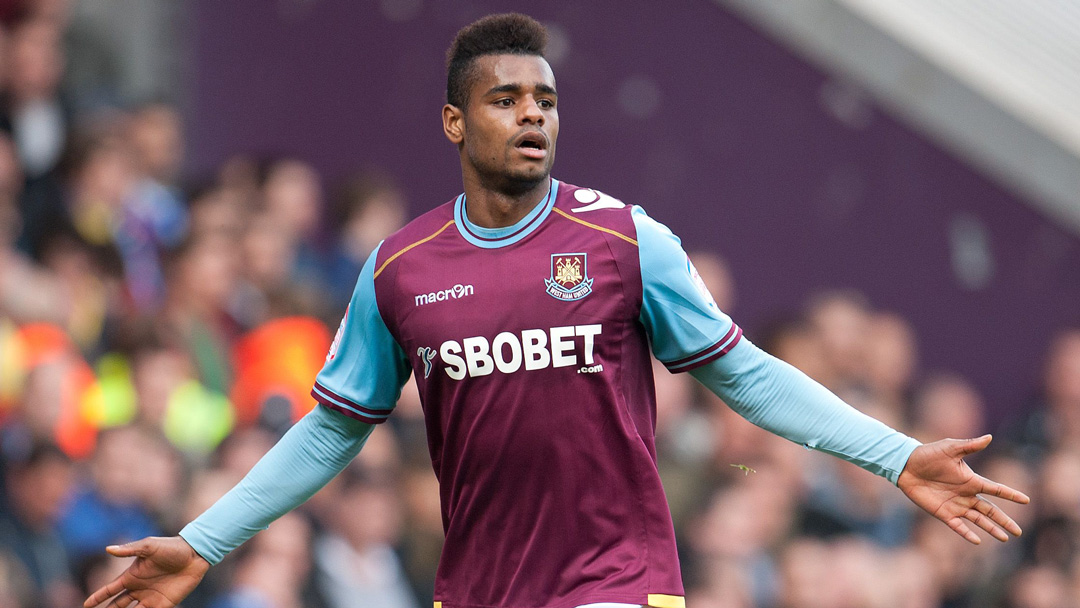 Back to the semi-final second leg and, despite Cardiff’s best efforts, the Hammers were able to play out the second half without too many alarms.

Captain Nolan was replaced with 20 minutes remaining, receiving a standing ovation from the Claret and Blue Army after playing a huge role in taking West Ham back to Wembley for the first time in 31 years.

The high-profile arrival from Newcastle United the previous June scored 12 goals in 42 league appearances to spearhead the Hammers’ promotion challenge, while also inspiring his team-mates with his outstanding leadership.

With four minutes remaining, Nicky Maynard was brought on for Carlton Cole. Despite his late introduction the substitute, who had himself been signed from Bristol City just four months previously, still had time to add a fitting finale to a memorable afternoon.

Taylor and Noble combined before Lansbury laid a perfectly-weighted through ball on for Maynard, who made no mistake with a first-time finish into the top left-hand corner. 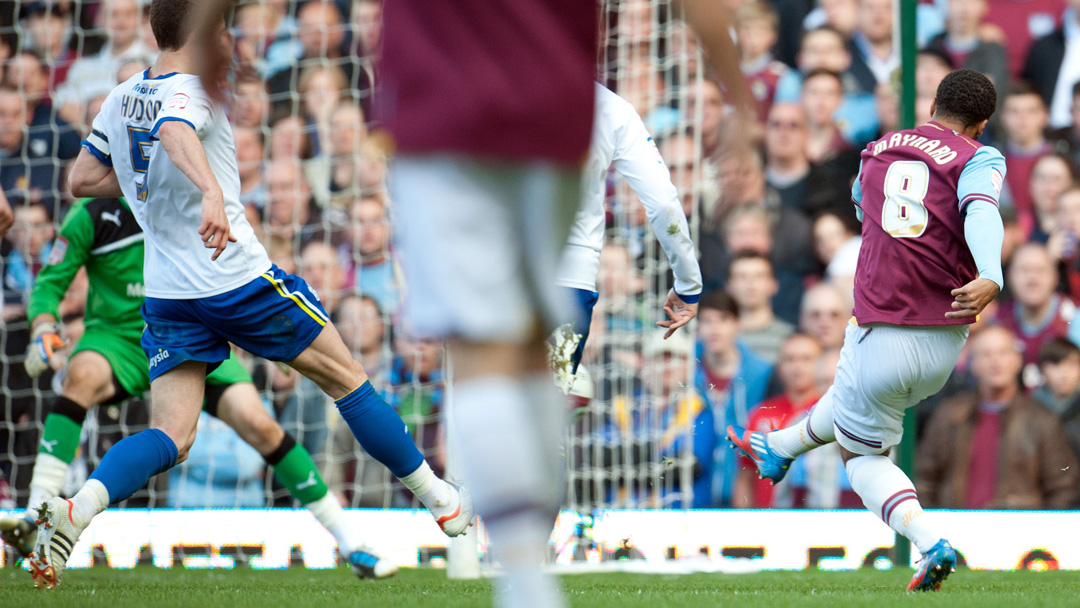 “West Ham’s dominance of this semi-final is underlined by a third goal of the day and a fifth in the tie,” summed up the television commentator, “Cardiff are hammered and West Ham are flying back to Wembley.”

There, of course, the Hammers would edge out Blackpool 2-1 in a dramatic Championship Play-Off final to climb back to the Barclays Premier League at the first time of asking.