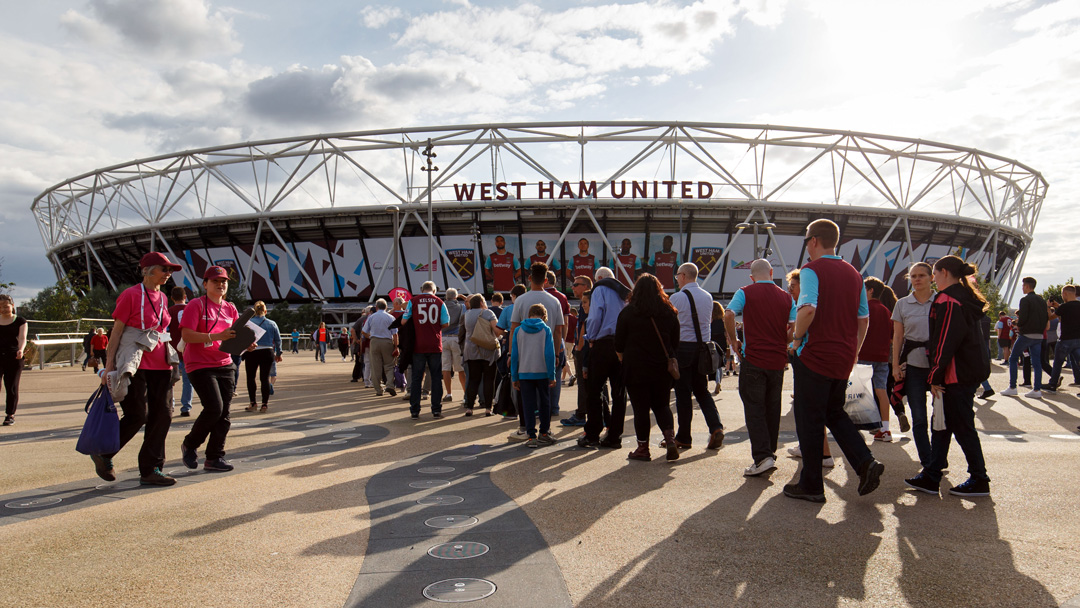 Thursday 4 August 2016 heralded the dawn of a new era for West Ham United as the Club kicked-off life at London Stadium with a UEFA Europa League third qualifying round tie against Slovenian side NK Domžale.

Despite falling to a 2-1 defeat in Ljubljana the previous week, a sell-out 53,914 crowd descended on Stratford to take their place in history.

And it was a successful night on the pitch too, as a Cheikhou Kouyaté double and a maiden strike for Sofiane Feghouli secured progression to the play-off stages of the Europa League. 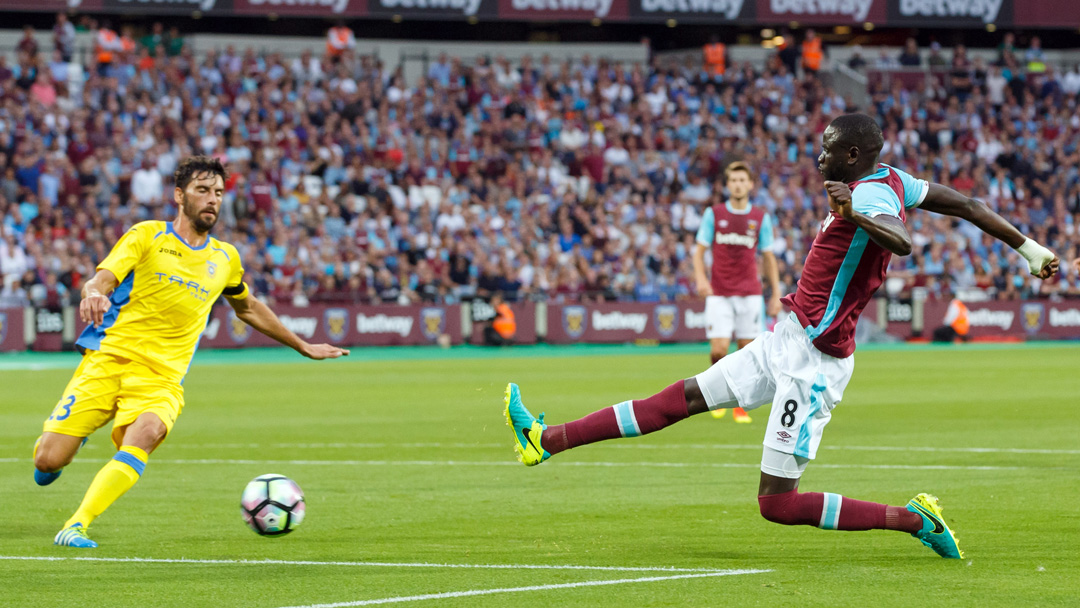 Slovenian side NK Domžale were downed by Senegal midfielder Kouyaté’s first half brace before Feghouli struck in the final ten minutes to record a 4-2 aggregate victory over two legs in east London.

In a first half the Hammers dominated, the opener came as a result of a slick move. Skipper Mark Noble released Enner Valencia who, twisting and turning, laid back to full-back Sam Byram.

First time, Byram slid the ball across goal for Kouyaté to push past the goalkeeper and give the hosts a lead seven minutes into the tie.

And he was at the double 17 minutes later, prodding home to extend Slaven Bilić’s side’s lead. Andy Carroll started the move, feeding Michail Antonio who came racing down the right-hand-side.

The full-back, standing up a cross to the back stick, found Carroll again, who cleverly knocked down for the Senegal international to finish.

The visitors were limited to half-chances and pot shots, their best coming after half an hour. Zan Majer struck well from 20 yards but saw his effort clear the crossbar.

Having never even scored a brace before, it was so nearly a hat-trick for Kouyaté moments later. Antonio again was quick out the blocks, but his square pass across the six-yard-box – on a plate for Kouyaté – was excellently cut out by right-back Alvaro Brachi. 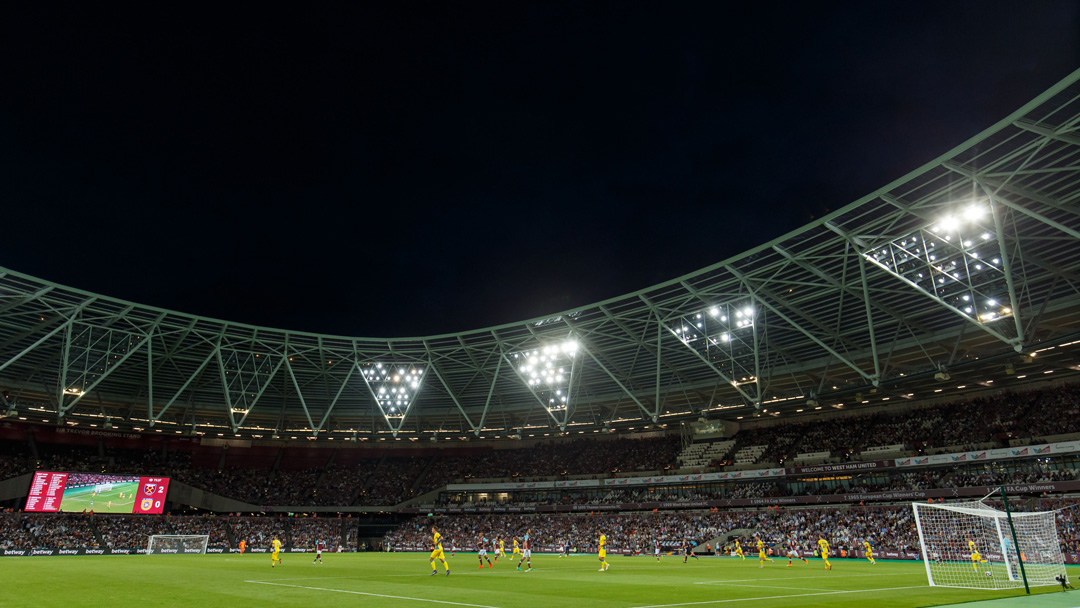 From the resulting corner, Valencia did not connect properly with a volley as it sailed well over, but a minute before the break, it was a different story for Antonio. His first-time volley flew inches wide before the referee brought things to a halt.

Despite seeing little of the ball in the first half, the Slovenians started the second period brightly, and tested Darren Randolph early on. Matic Crnic broke away down the left-hand-side and, cutting in, struck a fierce drive straight at the Republic of Ireland stopper.

Another opportunity for a third came the Hammers’ way halfway through the second period, as the lively Feghouli connected with an Antonio cross, only to nod just wide of Axel Maraval’s right-hand post. 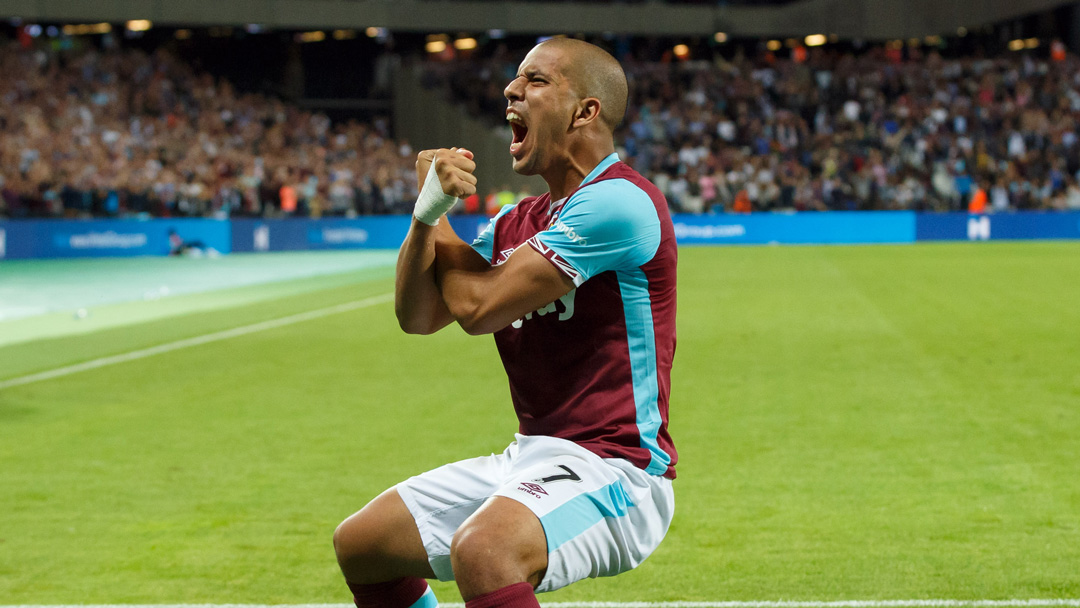 And moments later, the Algerian was at it again, finding some space following Valencia’s pass but driving just wide.

There was joy for the winger late on however, as he opened his Hammers account to secure the team’s Europa League progression.

Mark Noble released the Algerian and, racing beyond the Domžale defence, he fired fiercely past the goalkeeper to put the result beyond doubt.

The Slovenians had little left, and the Hammers played out the final ten minutes comfortably to seal their place in the next round of the competition.