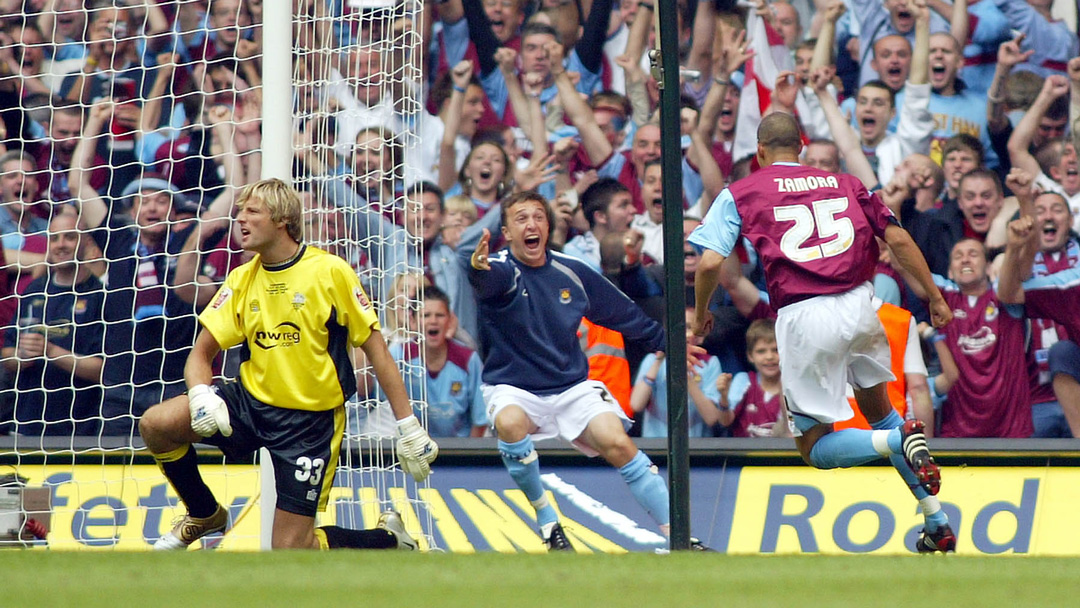 Rarely have West Ham United taken to the pitch under more pressure or expectation than they did for the 2005 Championship Play-Off final.

The Hammers had reached the ‘richest game in football’ for the second consecutive season, having been relegated from the Premier League in 2003 and lost narrowly to Crystal Palace in the 2004 final, where they would take on Preston North End.

Alan Pardew’s squad had finished sixth in the table, 21 points behind champions Sunderland, and had lost 15 of their 46 league matches during the regular season, including both meetings with Preston.

However, the Irons had lost just one of their closing ten games and defeated Ipswich Town 4-2 on aggregate in the Play-Off semi-finals, meaning there was rising confidence in the Claret and Blue ranks as they kicked-off in front of a 70,275-strong crowd at Cardiff’s Millennium Stadium. 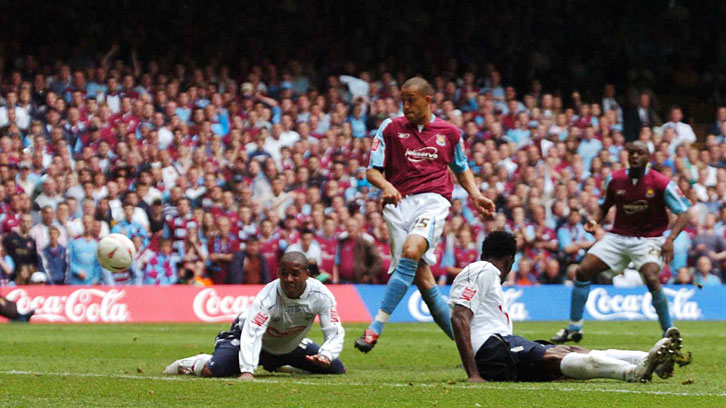 Pardew made a big call by leaving 21-goal Teddy Sheringham on the bench, as the former England striker had not played in five weeks due to a hamstring injury. Instead, Marlon Harewood and Bobby Zamora continued together in attack.

Behind them, Shaun Newton, Nigel Reo-Coker, Hayden Mullins and Matty Etherington patrolled the midfield, with Tomas Repka, Anton Ferdinand, Elliott Ward and Chris Powell making up the back four in front of goalkeeper Jimmy Walker.

At the other end, Newton headed Richard Cresswell's header off the line soon after half-time.

Harewood and Zamora then went close, with the former seeing his shot saved by Nash and Claude Davis blocking the latter’s follow-up effort.

But neither Nash nor Davis could do anything on 57 minutes when Etherington got clear down the left wing and crossed low for Zamora, who swivelled to shoot low into the corner, sending the Claret and Blue Army massed in the stands at that end of the stadium wild. 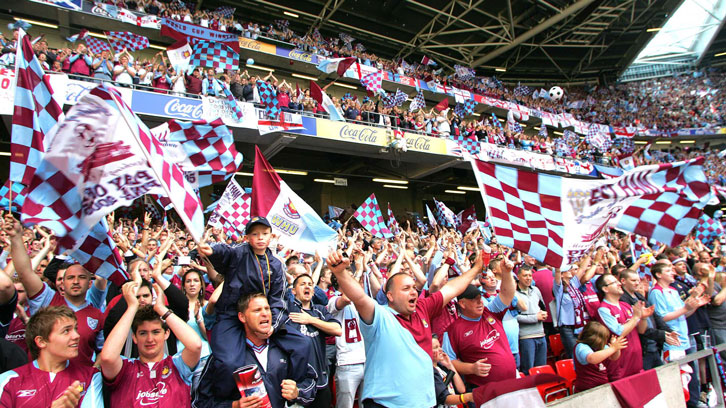 After falling behind, Preston rallied, but could not find an equaliser as David Nugent fired straight at Walker, Cresswell volleyed wide and finally headed too close to the West Ham goalkeeper.

Walker’s afternoon ended prematurely, though, when he suffered a knee injury three minutes from time and had to be stretchered off and replaced by Stephen Bywater.

The substitute saved Paul McKenna’s free-kick moments after coming on, but the Hammers were able to play out time without any further alarms and secure their place back in the Premier League.

There was even time for an 18-year-old Mark Noble, on for Newton, to miss a late chance, but it did not matter as Pardew, his players and 35,000 fans breathed a huge sigh of relieve as referee Mike Riley blew the full-time whistle.