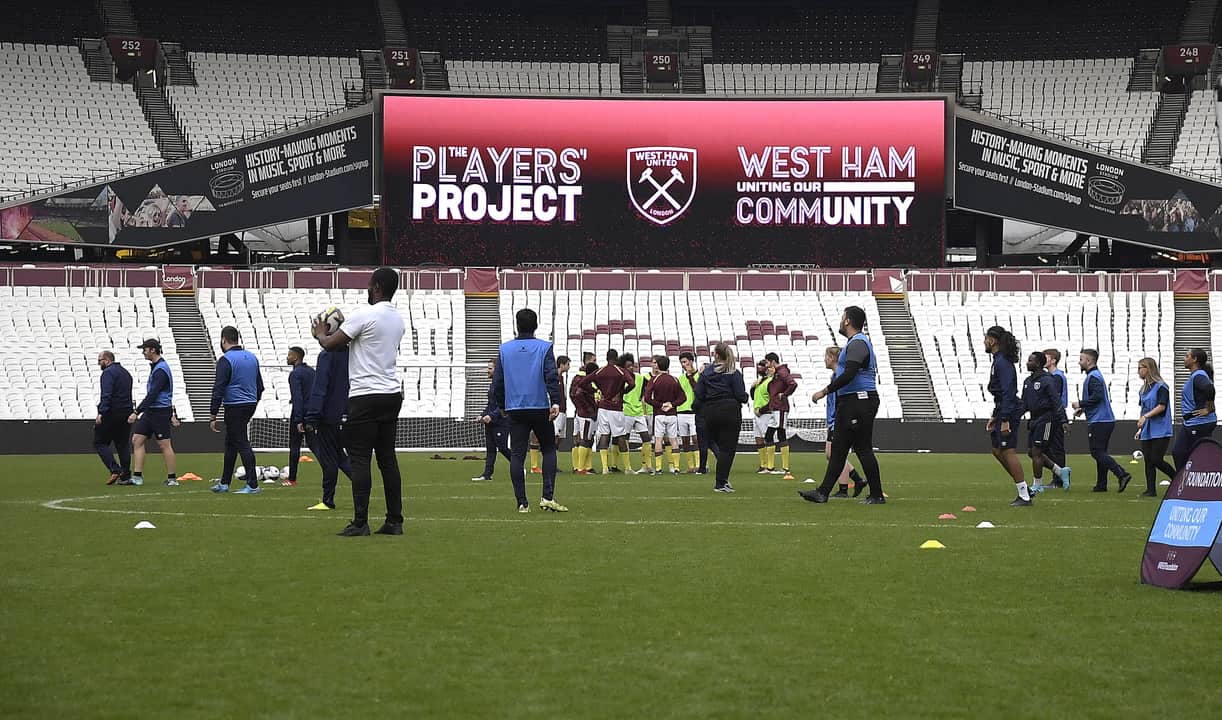 From grassroots through to elite sport, West Ham United has invested in schemes to support local people to meet their ambitions.

At grassroots level, the Performance Academy (delivered by the Foundation) has engaged more than 500 participants over two years.  With the Foundation's Beckton hub providing first-class facilities - and a new 3G pitch opened in 2017 by Vice-Chairman Karen Brady the jewel in its crown - local people can experience sport throughout the year. Meanwhile, at school, 5-11 year-olds are inspired by the Primary Stars programme.

For the older generation, walking football, which is showcased before every home game at the London Marathon Community Track, gives the chance to take up sport and improve health once again.

Progressing more to elite sport, 125 participants have been through the Second Chance Academy, giving fresh talent a chance to break into the world of professional football, but also allowing any players that have been released from Category 1 & 2 Academies a second chance in the industry. Providing on the field and off the field development and qualifications for participants to advance in a variety of roles in the sports arena. Last season the Second Chance Academy won an unprecedented quadruple of titles – the National U19 League, SCL Champions of Champions, SCL Challengers Cup and the SCL League

Seven Second Chance Academy players have advanced to the Academy system both with West Ham United and other clubs.

West Ham United also offers young people a real and tangible pathway into full-time coaching careers. In conjunction with the University of East London, more than 120 students are enrolled in a Community Coaching Degree course. Nearly 200 people have been assisted in gaining FA Coaching qualifications, while more than four-fifths of those enrolled on the Foundation’s Coach Core apprenticeship scheme have gone on to full-time employment in community sport.