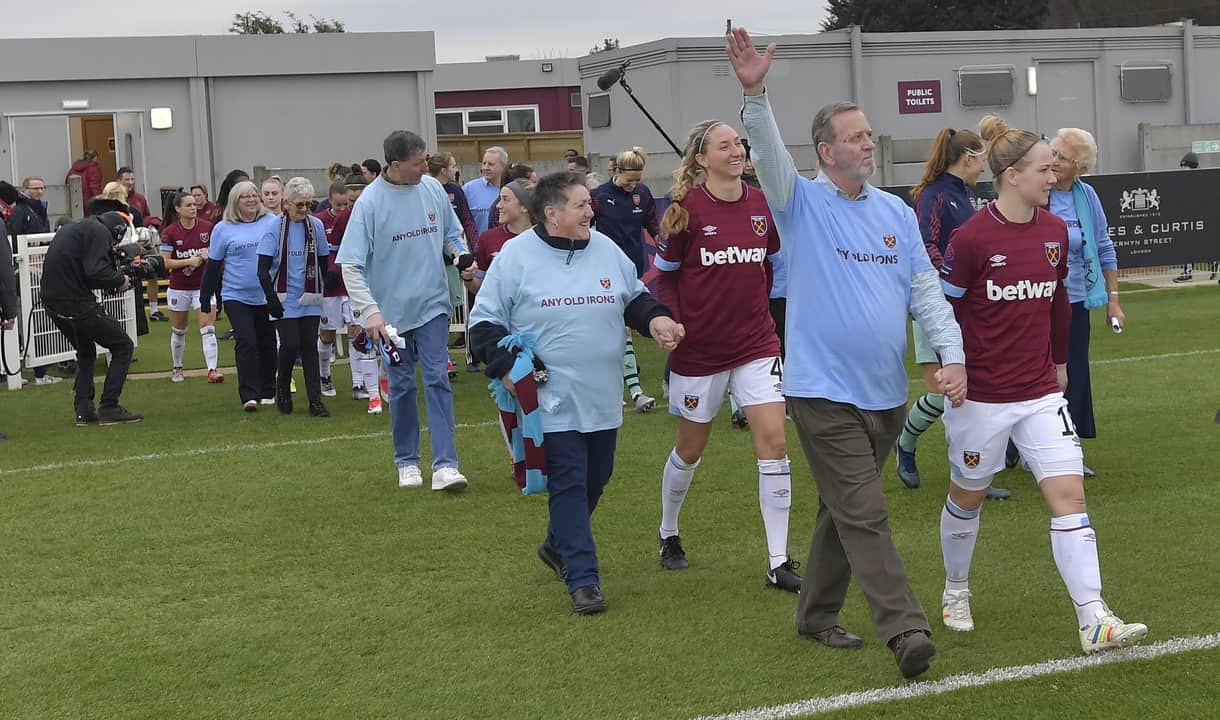 West Ham United's pioneering Any Old Irons programme is continuing to create environments where people can go so they don't feel lonely. Tower Hamlets and Newham are in the top 10 local authority areas with the highest levels of loneliness in England and Wales. Although this is something the whole of the UK is facing, reports have shown that those who live in London are more likely to feel lonely than those who live elsewhere. Most likely to affect over 60s and 18-24 year olds.

The programme's aim is to bring people together from various backgrounds to bond over their love of West Ham - and has currently engaged more than 300 local people over the age of 65, helping them form new friendships and connect with the club. The group has seen 1,000 attendances across 33 social events in the last year, and 100% of Any Old Irons members would recommend the programme to others.

Beyond Any Old Irons, the Club also works with the University of East London and players have visited 60 students on across multiple visits to openly discuss issues such as loneliness, mental health and how to use feedback in the most effective way.