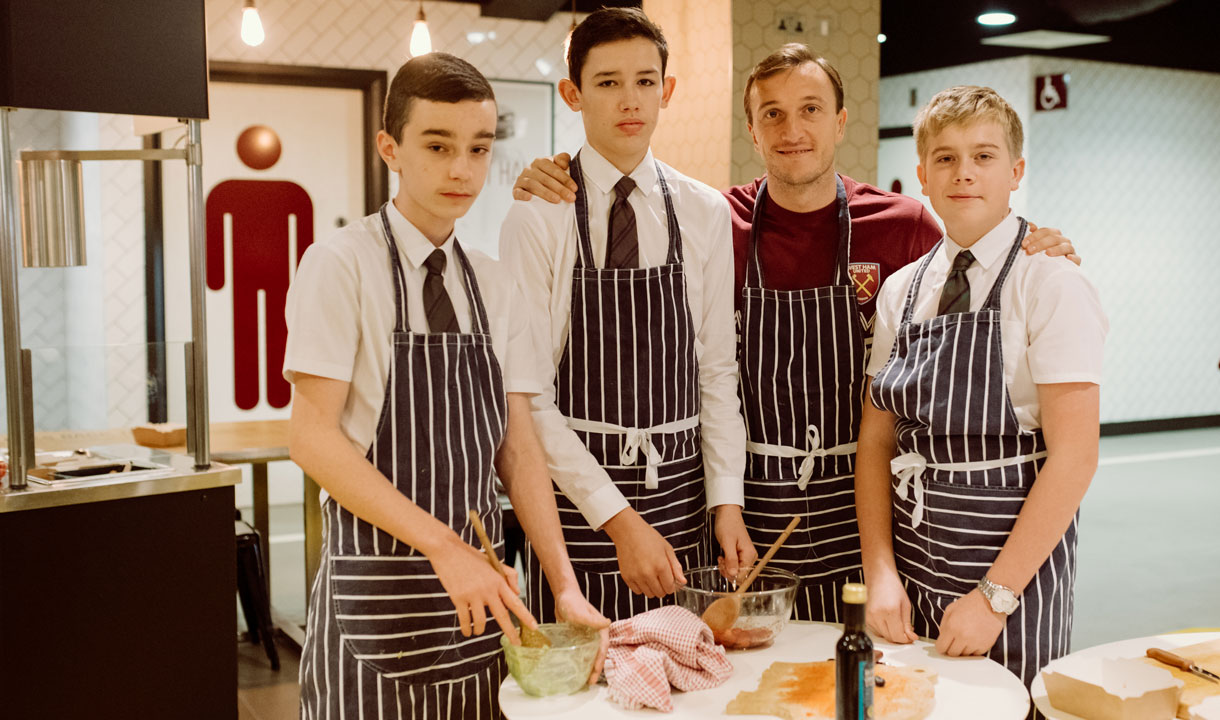 With West Ham United's home borough of Newham, and neighbouring Tower Hamlets experiencing significant problems with poverty and inequality, tackling these issues is an important part of the club's community work. Almost 170,000 people are homeless in London with Newham having the highest number of homeless people in England – 1 in 24 – according to statistics from homeless charity shelter.

Anchor House have been a beneficiary of many of our Poverty strand outreach initiatives, including the Period Poverty campaign video, a donation from the Club and material donations from the players. The charity was also involved when the Club opened the doors of London Stadium to host and provide respite to more than 60 homeless people, from six services across our community.

Furthermore, the Foundation works alongside Anchor House as part of the One Newham network to unite organisations in the local community in order to effectively tackle key issues, including initiatives as part of the Newham Homeless Forum.

Almost 70,000 children in east London and west Essex are eligible for free school meals, and during school holidays some children won't get fed. Through the Holiday Hunger programme, the Foundation delivers healthy meals alongside sport to primary school pupils who are most at risk of hunger. This helps to raise participation of targeted primary school children through physical activity, and parents of the children at risk gain a better understanding of healthy eating and cost-effective meals through the learning materials we provide.

Since the launch of the Players’ Project, 3,100 Holiday Hunger meals were served across 42 sessions in school holidays in East London and Essex, which provided more than 1 million calories to children. Importantly, 79% of children were able to identify a healthy lifestyle following the programme too.