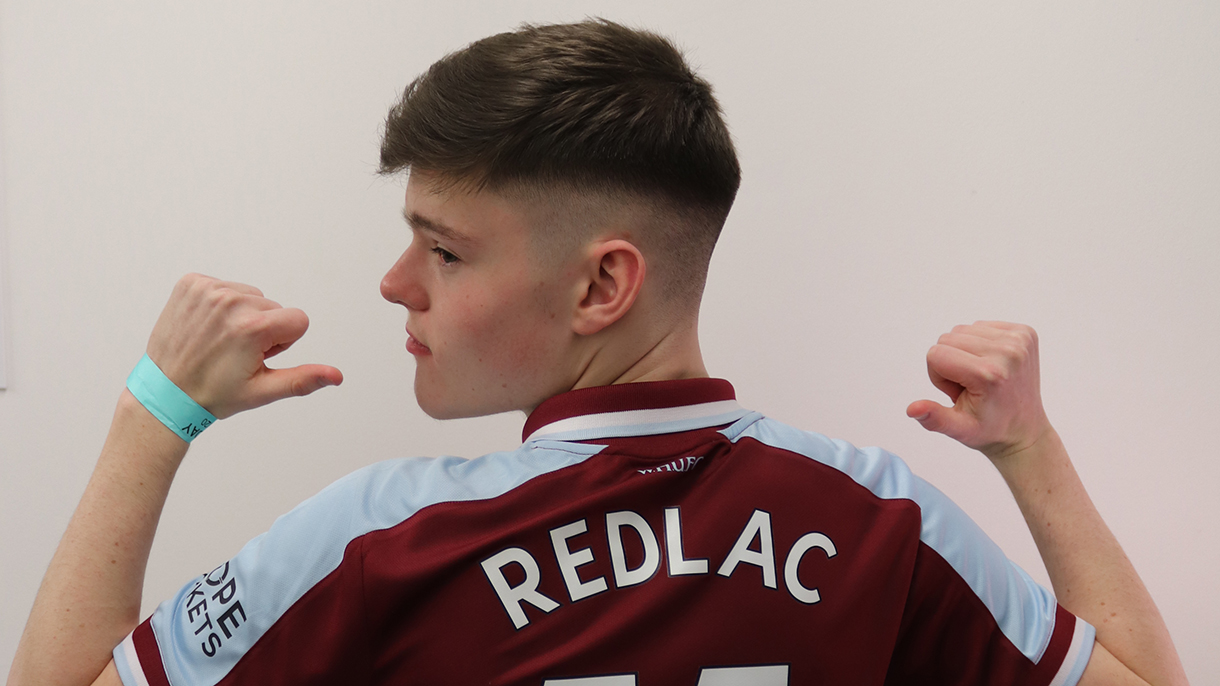 West Ham United pro FIFA player Alfie ‘AC RedLac’ Calder will require a strong performance in the fourth and final Global Series Qualifier event on Monday and Tuesday, if he is to continue his FIFA eClub World Cup qualification campaign.

The 19-year-old professional gamer is in need of a significant number of Global Series Points from the final major online qualification event of the season if he and the Hammers are to reach the Play-Offs.

RedLac has currently accumulated 125 points over three Qualifiers – having reached the round of 64 in Qualifier 3 last month, and the round of 32 in Qualifier 1 at the beginning of the season – placing him in joint-37th in the Europe West region.

But with only the top 16 in the entirety of the region advancing to the end-of-season Play-Offs, RedLac will require mathematically at least a top 16 finish – and more likely a top-eight or top-four result – at next week’s final Qualifier.

Frenchman ‘KeturDylo’ currently sits 16th with 215 Global Series points; a top-eight finish would be worth 130 points, with the top four securing 165.

At the end of the season, the top-ranked players in the Europe West leaderboard – plus those who perform well in partner leagues including the eChampions League and ePremier League – will go into 128-player FGS Play-Offs, which take place 1-3 July, before the top 32 performers in that competition advance to the FIFAe World Cup.

But having secured a top-13 result in his final Qualifier event in the FIFA 21 season last year, in turn reaching the Play-Offs, RedLac is confident that lightning can strike twice in FIFA 22.

I’m just excited to get going, because there’s all to play for
AC RedLac

“It’s the same situation as last year: I need an excellent finish to make the Play-Offs, but I think I can do it. I’m just excited to get going, because there’s all to play for.

“It’s more pressure, but I’ve always said I think I play better with that. When I’m under pressure, and I know I need to win, I’m more careful with my play going forwards, and I think that benefits me.

“I think the game has changed recently because of all the high-rated cards coming out, but that benefits the way I play personally. Players having better attributes benefits me, but let’s just see what can happen.

"I’ll put the hard work in and see what I can do.”

Regardless of RedLac’s final result, the teenager can reflect with pride on a second full season as a professional gamer.

“I think the season’s gone brilliantly, to be honest,” the teenager smiled. “I think I’m going to feel let down if I don’t make the Play-Offs, but to put it into perspective, last year I needed top 55 in the leaderboard in half of Europe on Xbox, and I got 52nd.

“This year I need to finish in top 16 in Europe West – the consoles have combined – and I’m now currently 37th in the continent, so you can see the growth there.

“I’ve gone on and done way better than last year, but that’s not enough for Play-Offs this year as the standards are getting higher and higher.

“Also, this season I’ve qualified for the ePremier League and did decently in the 2v2 events in the eClub World Cup.

“I’m excited to get into the last tournament and hopefully I can get top 8. That’s what we need and that’s what we’re going to get. Come on you Irons!”

The first day of competition, which kicks off on Saturday morning, sees a Swiss stage system employed, where up to eight rounds of doubled-legged matches were played; as soon as a player reaches three losses, they are dropped from the following round of games.

On Sunday, the qualified players are seeded into a Single Elimination Bracket based upon their ranking from the Swiss standings – each match played over two legs, as per the Swiss rounds.

You can follow how RedLac gets on, plus get more exclusive Gaming content, via West Ham Gaming’s channels.