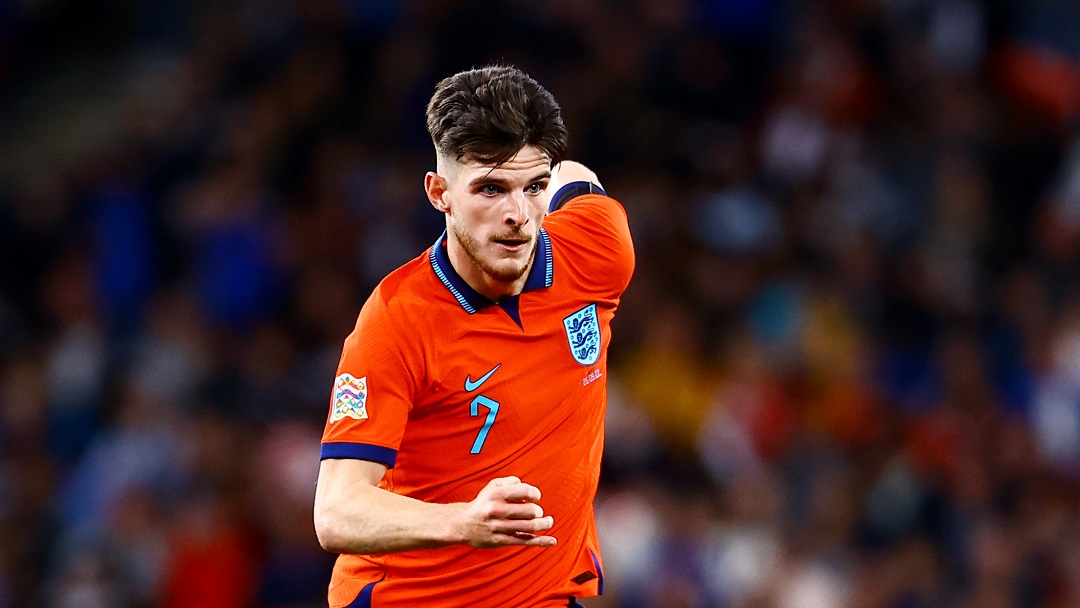 Rice: World Cup call-up is an honour and one that will now live with me forever

Declan Rice was brimming with pride and happiness after being included in England’s squad for the 2022 FIFA World Cup finals.

The West Ham United captain’s face broke into a broad smile as he learned the news that Gareth Southgate had named him as one of 26 players whose objective will be to bring football home from Qatar on 18 December.

A year on from helping England reach the final of UEFA Euro 2020, Rice and his national teammates will head to the Middle East dreaming of emulating the achievements of Bobby Moore, Geoff Hurst and Martin Peters, who famously led the Three Lions to glory in 1966.

And the 23-year-old is understandably excited about representing his country at football’s biggest tournament.

I’m obviously wishing all my teammates the best as well, but obviously want us to win it
Declan Rice

“I think I might be one of less than 500 Englishmen who have gone to a World Cup, and there's so many people in this country want to be a footballer and I’m one of 26 players who has been selected to go, so it's an honour and one that will now live with me forever.

“I'm looking forward to it. I’m obviously wishing all my teammates the best as well, but obviously want us to win it.”

It is only five-and-a-half years since an 18-year-old Rice made his West Ham debut at Burnley on the final day of the 2016/17 season.

He has since made 214 appearances for the Club, led the Irons to back-to-back top-seven Premier League finishes and the UEFA Europa League semi-finals and been appointed captain.

The midfielder has also become an integral member of Southgate’s England team, earning 34 caps since making his debut in March 2019 and starting all seven ties as they reached the final of the COVID-delayed European Championship finals in July 2021.

“A lot of people ask me how it feels to be playing for England and knowing how important it is to everybody, and I try to just take it in my stride,” he revealed.

“I’m really chilled out and try not to think about it and focus on my football, but it’s a nice thing to know the support is there both in the stands and back home, and it inspires me and all the lads to do our best.”

And it was Cole’s outstanding goal for England against Sweden 16 years ago that Rice – who was aged seven-and-a-half at the time – named as his favourite World Cup moment to date.