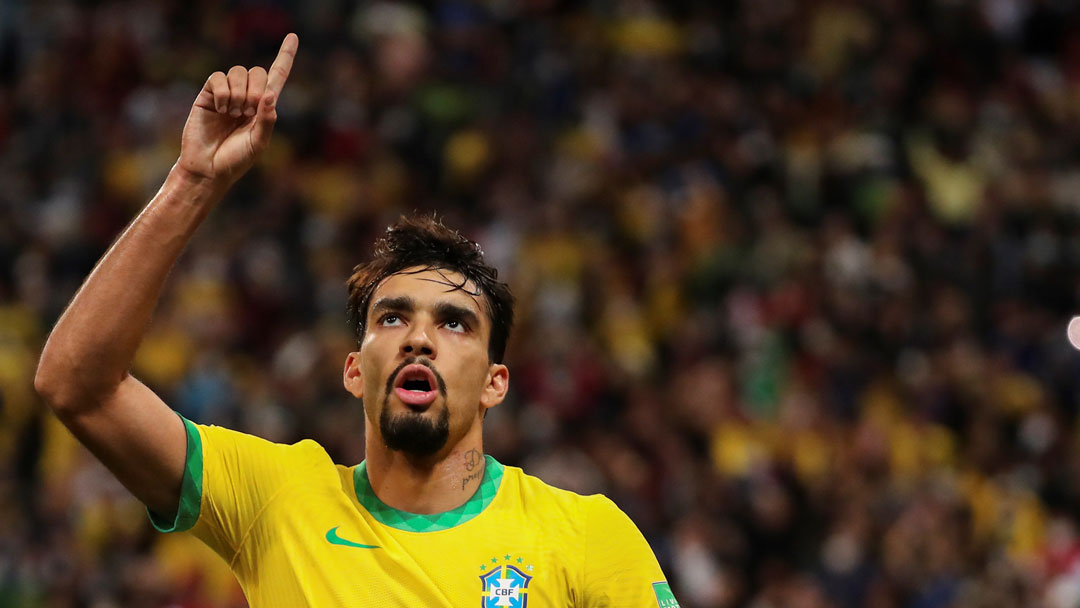 Lucas Paquetá has been named in Brazil's 26-man squad for the 2022 FIFA World Cup finals in Qatar.

The West Ham United midfielder is heading for Qatar after being selected, as expected, by Tite for the upcoming tournament, which kicks-off on Sunday 20 November.

The Hammers No11 will hope to add to his 35 caps and seven goals in the famous canary yellow and green when Brazil face Serbia, Switzerland and Cameroon in Group G.

Brazil are seeking a sixth World Cup title, but have not lifted the trophy since 2002.

Paquetá's close friends Vinícius Júnior and Bruno Guimarães have also been named by Tite, and the Irons player is one of 12 Premier League-based players included in the 26-man squad.

Paquetá made his senior Brazil debut as a substitute in a 2-0 friendly win over the United States in New Jersey in September 2018, then scored on his first start in a 1-1 draw with Panama in the Portuguese city of Porto in March 2019. In July of the same year, he appeared once as a substitute – in a quarter-final victory over Paraguay – as Brazil won the Copa América at the Maracanã Stadium in his home city of Rio.

After playing a minor role as Brazil in 2019, Paquetá was a central figure as the Seleção reached the final of the 2021 tournament, which was again held in his home country due to the COVID pandemic. The 25-year-old scored the winning goals in the quarter-final win over Chile and semi-final victory over Peru, then started the final against Argentina in Rio, but Brazil’s biggest rivals edged Paquetá and his teammates out 1-0.

West Ham United would like to wish Lucas the best at the FIFA World Cup finals.