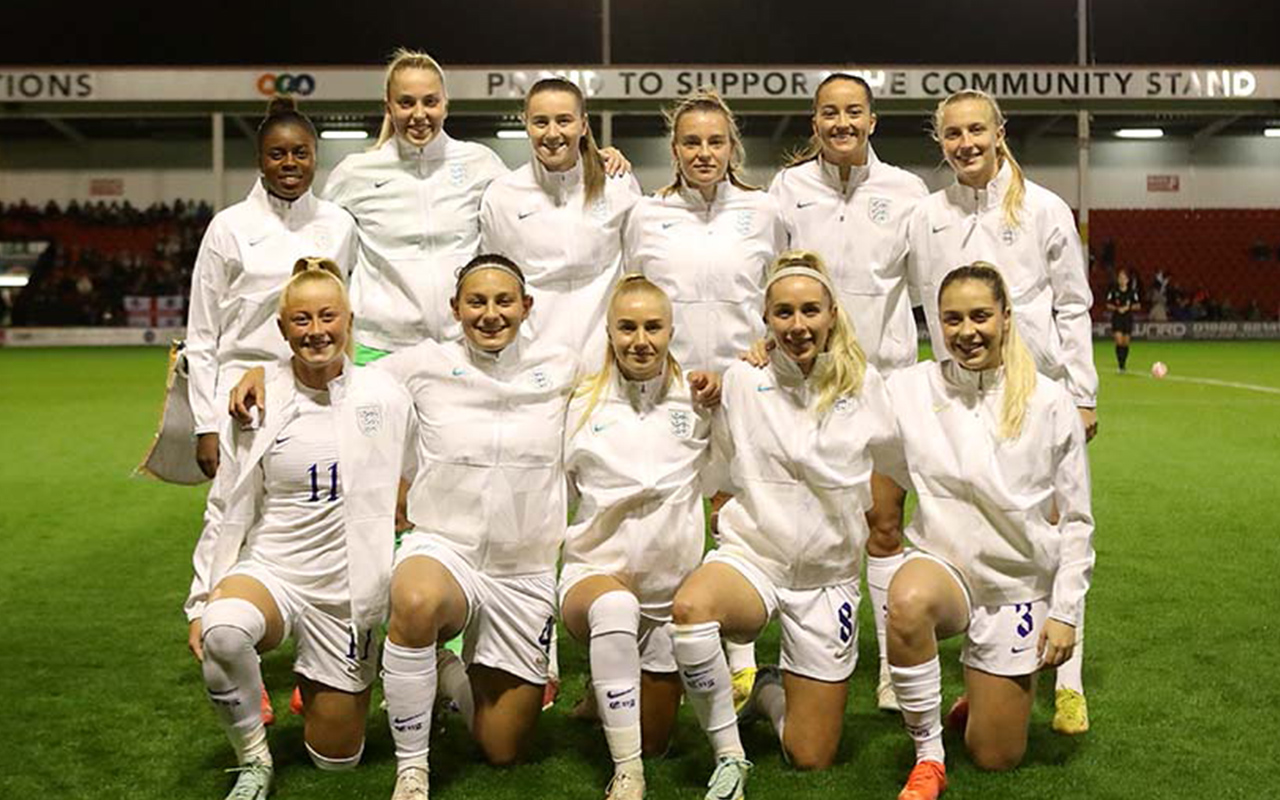 Filis features for England U23s in win over the Netherlands

Mel Filis featured for England U23s as they beat the Netherlands 2-0 in their first friendly match of the international break.

A double from Freya Gregory secured the victory, with Filis playing the full 90 minutes for the Young Lionesses at Bescot Stadium in Walsall.

England could have taken the lead as early as the 16th minute when Laura Blindkilde Brown shot over the bar from close range following a corner.

Gregory was proving to be a handful for the Netherlands’ defence and had a couple of decent chances in the first half which were just wide and then over.

But five minutes into the second half, the Aston Villa wide player had her goal when she tapped in from close range following a cross on the right by Jez Naz.

And with just over 20 minutes remaining, Gregory had her second of the night with a half-volley from just inside the area which looped over the goalkeeper.

England could have added the icing on the cake late on when substitute Grace Clinton was unable to convert from close range after a saved effort.

Next up for Filis and company is a game with Italy on Monday (1:30pm GMT) at the Stadio Tre Fontane in Rome.

Read our ‘All You Need To Know’ guide for everything on the internationals that are away with their respective nations!