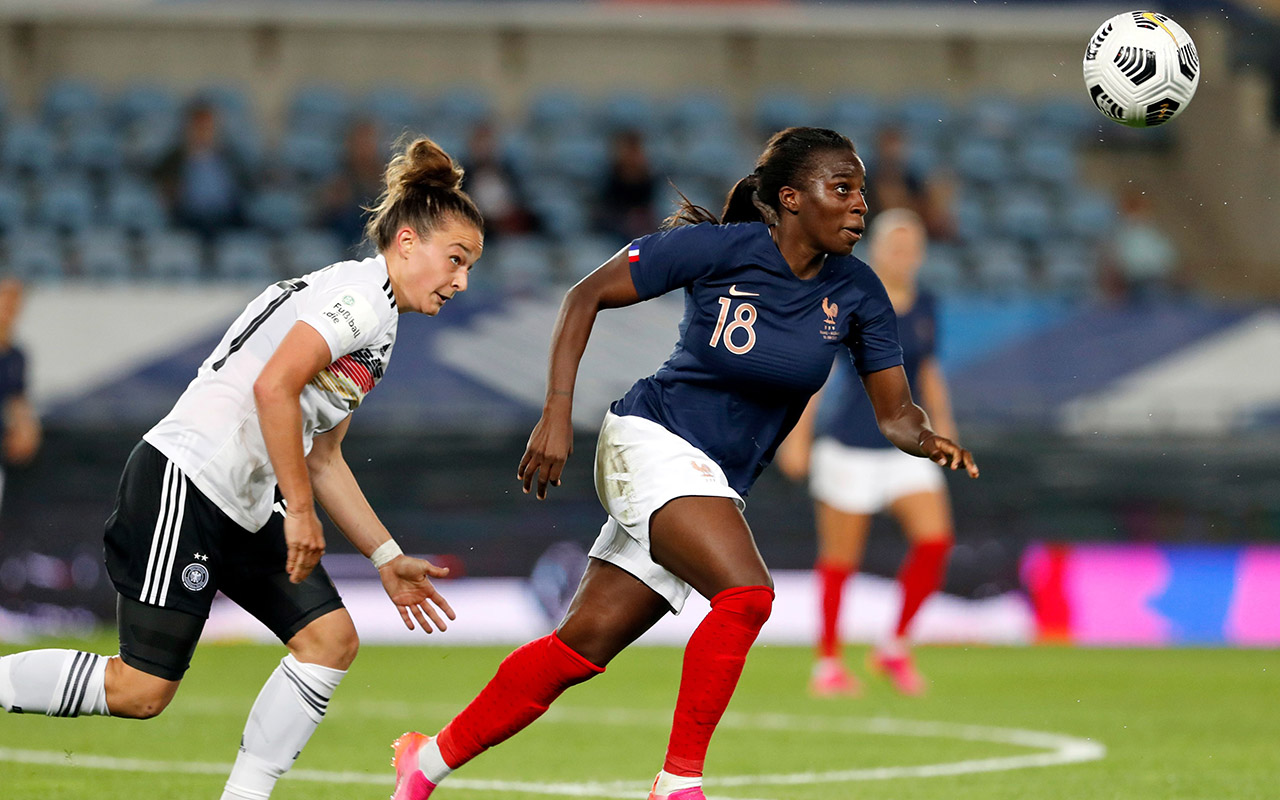 West Ham United Women's Barclays Women's Super League campaign pauses for the second time this season, as several Hammers jet off to represent their national teams during the latest set of international matches.

A total of ten players are away for the next week or so – and here’s everything you need to know ahead of the upcoming fixtures.

Risa Shimizu and Honoka Hayashi has been called up by Japan for their friendly matches against England and Spain.

Hawa Cissoko and Viviane Asseyi will hope to get on the pitch in France’s friendly match against Norway.

Kirsty Smith has been recalled to the Scotland squad for the first time since February and could feature in their friendly matches against Panama and Venezuela.

Izzy Atkinson could be in line to earn her fifth cap for Republic of Ireland, who face Morocco in a friendly match.

Away from senior international football, Mel Filis have been called up to the England U23s side by Mo Marley for their friendly matches against The Netherlands and Italy.

Thea Kyvåg will likely face off against club teammates, Halle Houssein and Keira Flannery as Norway U19s face England U19s. Both teams are taking part in the Algarve Cup, along with the Netherlands.

England U19s face Norway on Wednesday 9 November (4pm GMT), which is the first match of the international window in which our Hammers could be represented. The teams are taking part in the aforementioned Algarve Cup, with their match taking place at Stadium Vila Real de Santo Antonio.

The team return to the same stadium a few days later, when they take on the Netherlands on Monday 14 November (1pm GMT).

On Thursday 10 November, Mel Filis and England U23s are in action, as they take on the Netherlands at Bescot Stadium in Walsall (7:30pm GMT). The team will then travel to Stadio Tre Fontane in Rome where they will face Italy on Monday 14 November (1.30pm GMT).

On Friday 11 November, Viviane Asseyi and Hawa Cissoko will hope to get minutes for France as they take on Norway. The venue and kick-off time for the fixture is currently to-be-confirmed.

Also on Friday, Risa Shimizu and Honoka Hayashi will face European Champions, England at the Pinatar Arena Football Center located in Mucia, Spain (7pm GMT). They will then take on Spain on Tuesday 15 November (7pm GMT) at the Estadio La Cartuja in Sevilla.

On Saturday 12 November, Kirsty Smith will be aiming to earn cap number 47 for Scotland, as they face Panama at Chapin Stadium in Cadiz, Spain (6pm GMT).

Two days later, on Monday 14 November, they will take on Venezuela (6pm GMT), this time at Antonio Barbadillo, also in Cadiz.

Also on Monday, Izzy Atkinson and Republic of Ireland take on Morocco in a friendly match at the Marbella Football Centre (5pm GMT).

As it stands, no other matches will be available to broadcast live in the UK.