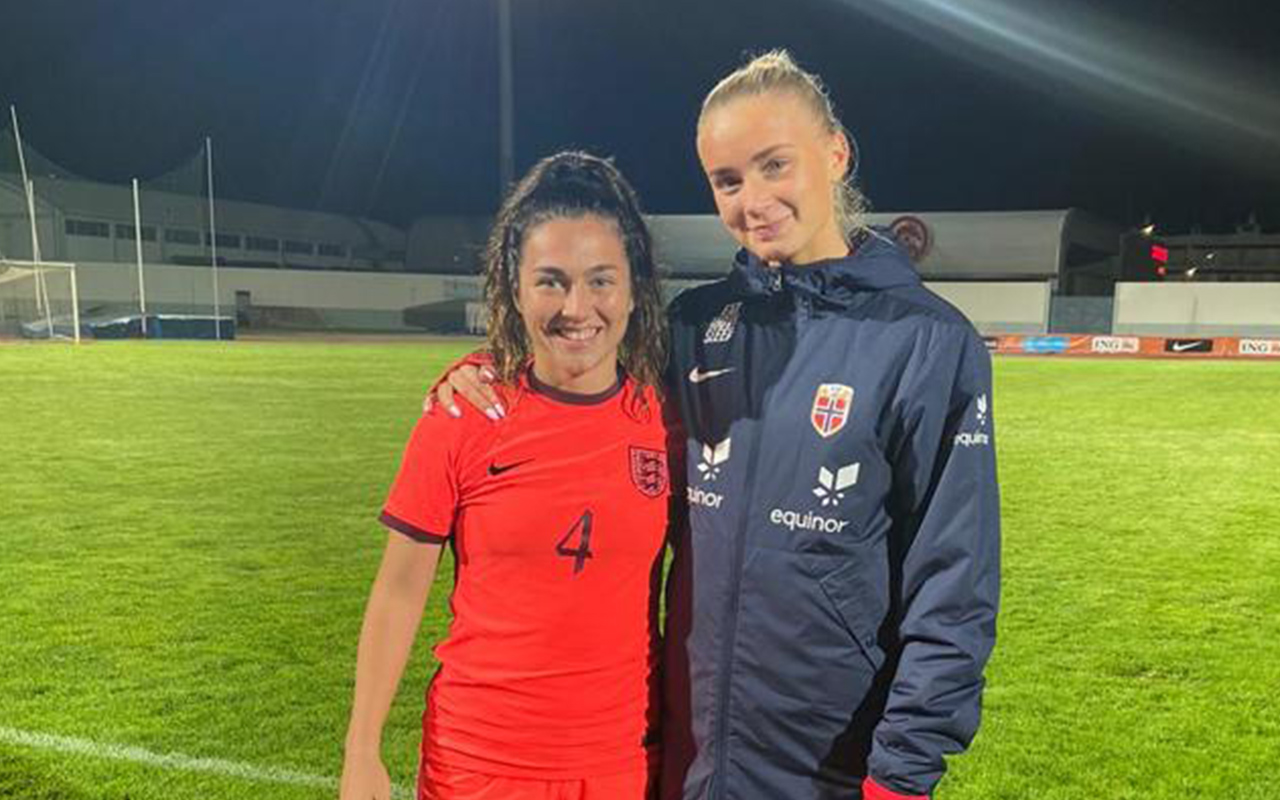 Halle Houssein helped England U19s to a 2-1 victory over Norway in their first match of the Algarve Cup.

The 17-year-old midfielder started in the middle of midfield at Stadium Vila Real de Santo Antonio – playing 64 minutes before being replaced.

In a tightly fought contest in Portugal, it was Gemma Coates' Young Lionesses that made the breakthrough on 58 minutes, with Ipswich Town midfielder Freya Godfrey finding the back of the net.

However, England would go onto win the game, scoring with only three minutes of normal time remaining – Southampton forward Lucia Kendall bagged the winner to make sure that England made the perfect start to the friendly tournament.

Thea Kyvåg was an unused substitute for Norway in the defeat, and the Hammers duo had time to grab a photo together at full-time!

England U19s face the Netherlands in their final match of the international break, and they return to Stadium Vila Real de Santo on Monday 14 November, with the match kicking off at 1pm (GMT).

Also in Portugal, Keira Flannery bagged England U18s only goal of the game as they were beaten 5-1 by the hosts.

Flannery played 55 minutes in the contest, which immediately followed Houssein and Kyvåg’s match, but couldn’t help her side to a positive result.

Read our ‘All You Need To Know’ guide for everything on the internationals that are away with their respective nations!