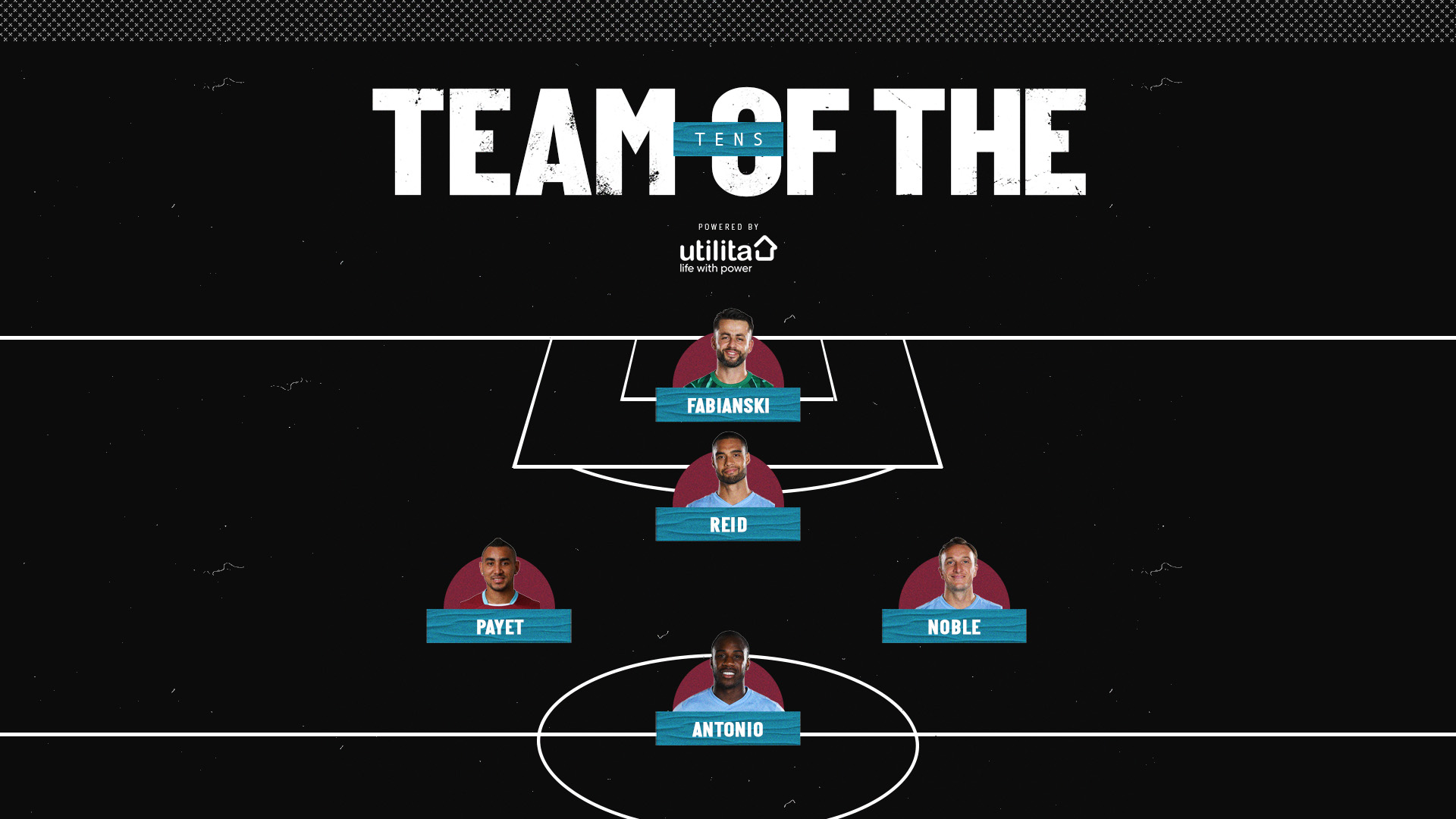 The votes are in and the West Ham Ultimate 2010s 5-a-side Team, powered by our Official Energy Partner, Utilita, can now be revealed!

The Irons won promotion at Wembley, registered their record Premier League points haul and twice qualified for Europe this decade.

In goal, current Hammers custodian Lukasz Fabianski gets the nod. The Polish stopper has made his class clear since signing from Swansea City in the summer of 2018 and he was last season's Hammer of the Year.

The defender's slot is taken by Winston Reid. Currently out on loan at Sporting Kansas City, the centre back arrived in east London following the 2010 FIFA World Cup and spent the rest of the decade in Claret & Blue. He took Hammer of the Year honours in 2013, capping a fine first campaign back in the top flight.

There can be no surprise around the first of our midfield selections. Mr West Ham, Mark Noble, has been a fixture in the midfield over the decade and was Hammer of the Year in both 2012 and 2014. He is now, of course, closing in on his 500th West Ham appearance.

Alongside him is.Dimitri Payet The Frenchman was a real star during his 18 months in Claret & Blue. Fifteen goals in 60 games, a Ballon d'Or nomination and a place in the Euro 2016 Team of the Tournament tells the story.

The 2017 Hammer of the Year, Michail Antonio, is the striking option. He has shown his versatility during his West Ham career, featuring nearly all over the pitch, but has shown his prowess in front of goal with more than 30 goals for the club, taking him into our top five Premier League goalscorers of all time.