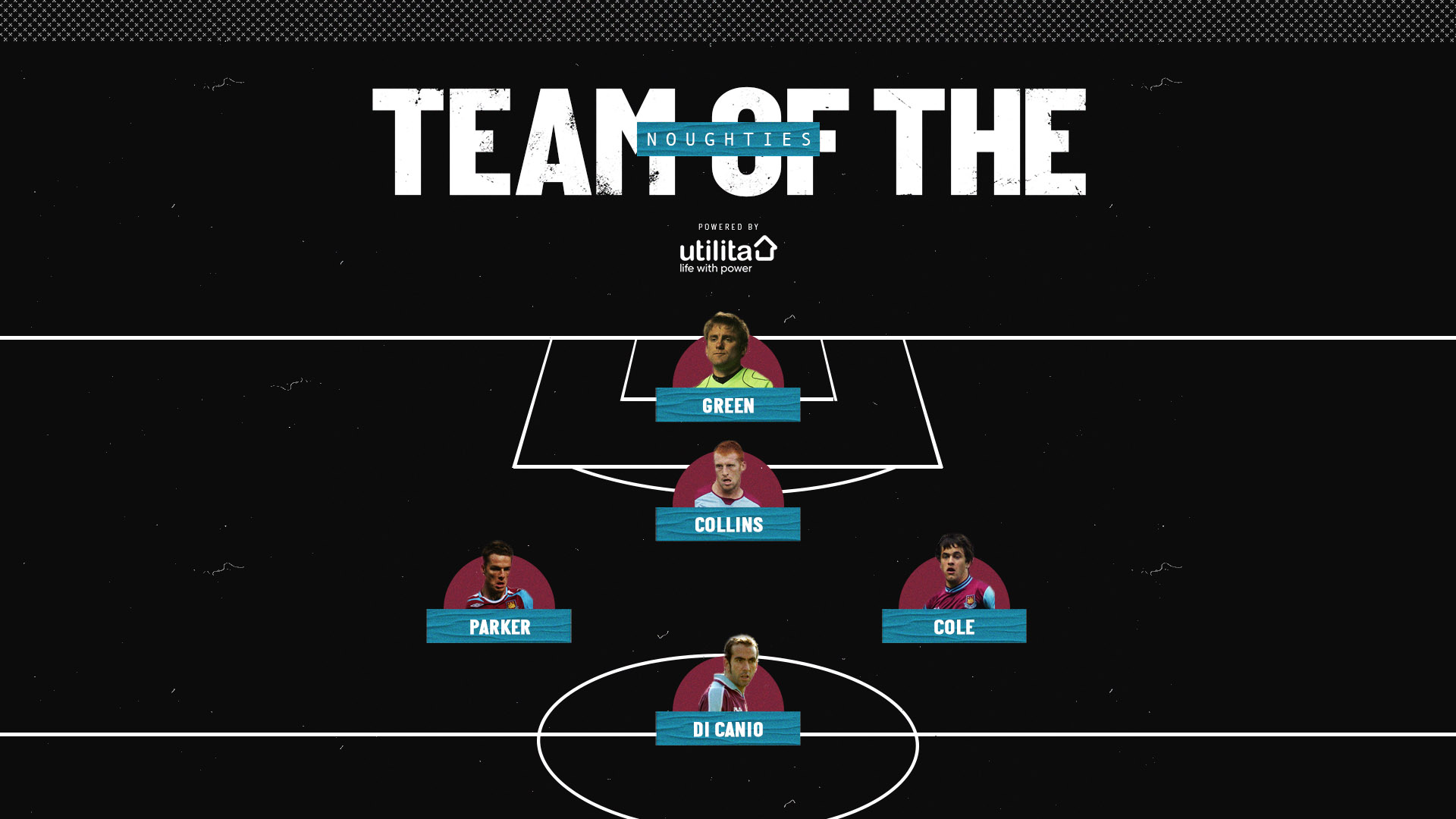 The votes are in and the West Ham Ultimate 2000s 5-a-side Team, powered by our Official Energy Partner, Utilita, can now be revealed!

The Irons won promotion back to the top flight, reached the FA Cup final and pulled off the 2007 Great Escape in this action-packed decade.

In goal, Robert Green beat off competition from Shake Hislop and David James to land the No1 jersey. He was a mainstay in the second half of the decade, going on to play 241 games for the club, and winning Hammer of the Year in 2008.

At the back, James Collins grabs the jersey. He joined the club in July 2005, and quickly became known as the Ginger Pele. He was a big part in the Hammers' climb away from danger in 2007.

In midfield, two players from either end of the decade get the nod. Joe Cole's immense talent quickly came to the fore after graduating from the Academy, and he was Hammer of the Year in 2003.

Another recipient of the award was Scott Parker, who picked up the prize in 2009, and went on to win it twice more in the next decade.

Up front, the place had to go to the mercurial Paolo Di Canio. The 2000 Hammer of the Year is still the club's all time top Premier League goalscorer with 47.

Don't miss the vote for the Hammers Team of the 2010s, which opens on Saturday!