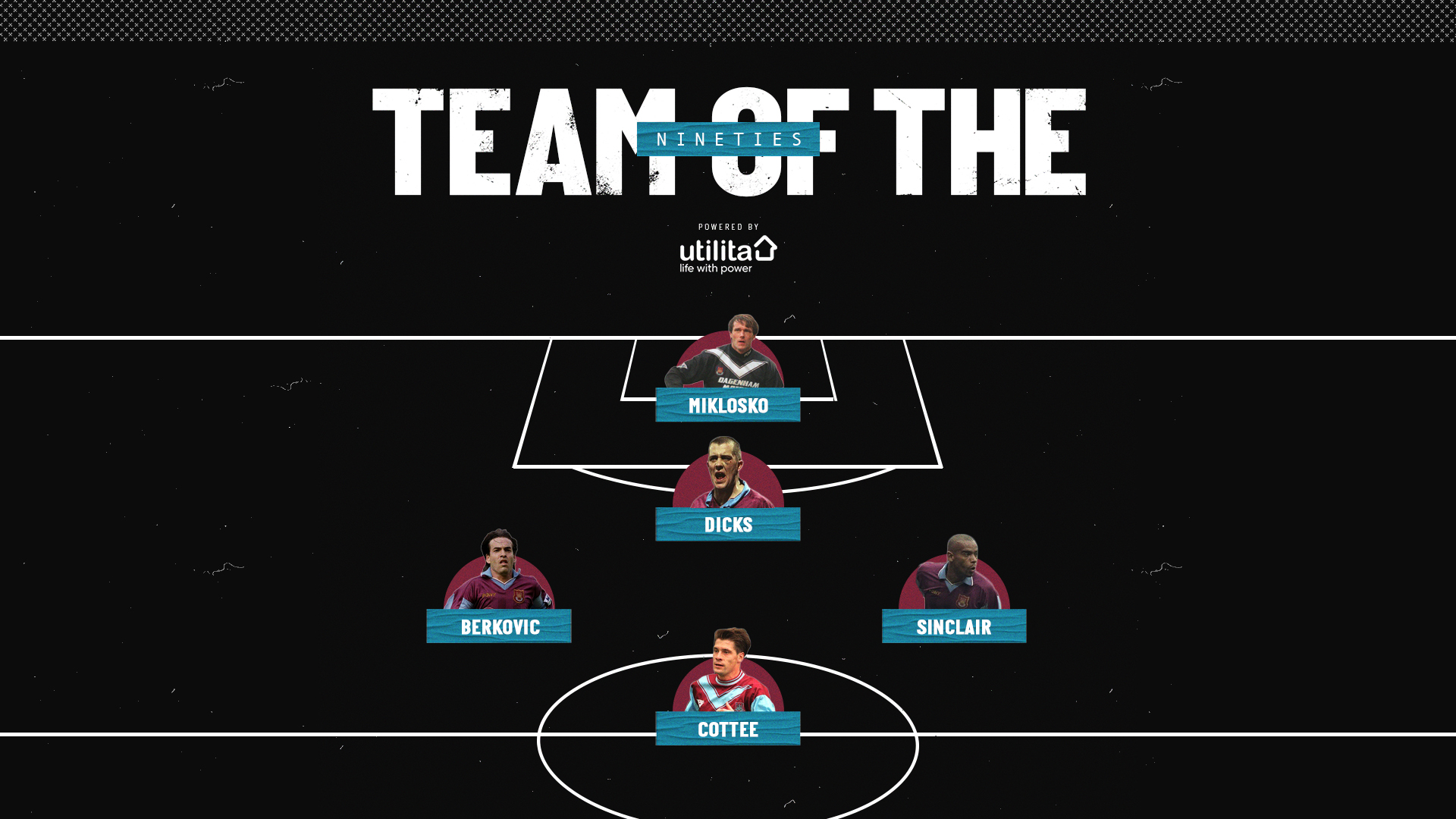 The votes are in and the West Ham Ultimate 1990s 5-a-side Team, powered by our Official Energy Partner, Utilita, can now be revealed!

The Irons twice won promotion to the top flight this decade, and also achieved their highest Premier League finish of fifth in 1998/99.

In goal, Ludek Miklosko gets the nod having been a huge part of the team for most of the 1990s. He played 373 times for the club and was Hammer of the Year in 1991.

Julian Dicks was a legendary presence at the back for almost all of this period, only spending a brief spell away at Liverpool. He was Hammer of the Year on four occasions, 1990, 1992, 1996 and 1997 and wins the vote for the defensive slot.

He's joined in the middle of the park by Israeli Eyal Berkovic. He notched nine goals from midfield in 1997/98 and continued to shine the following year under Harry Redknapp, when the Hammers achieved their Premier League high.

Don't miss the vote for the Hammers Team of the 2000s, which opens on Friday!