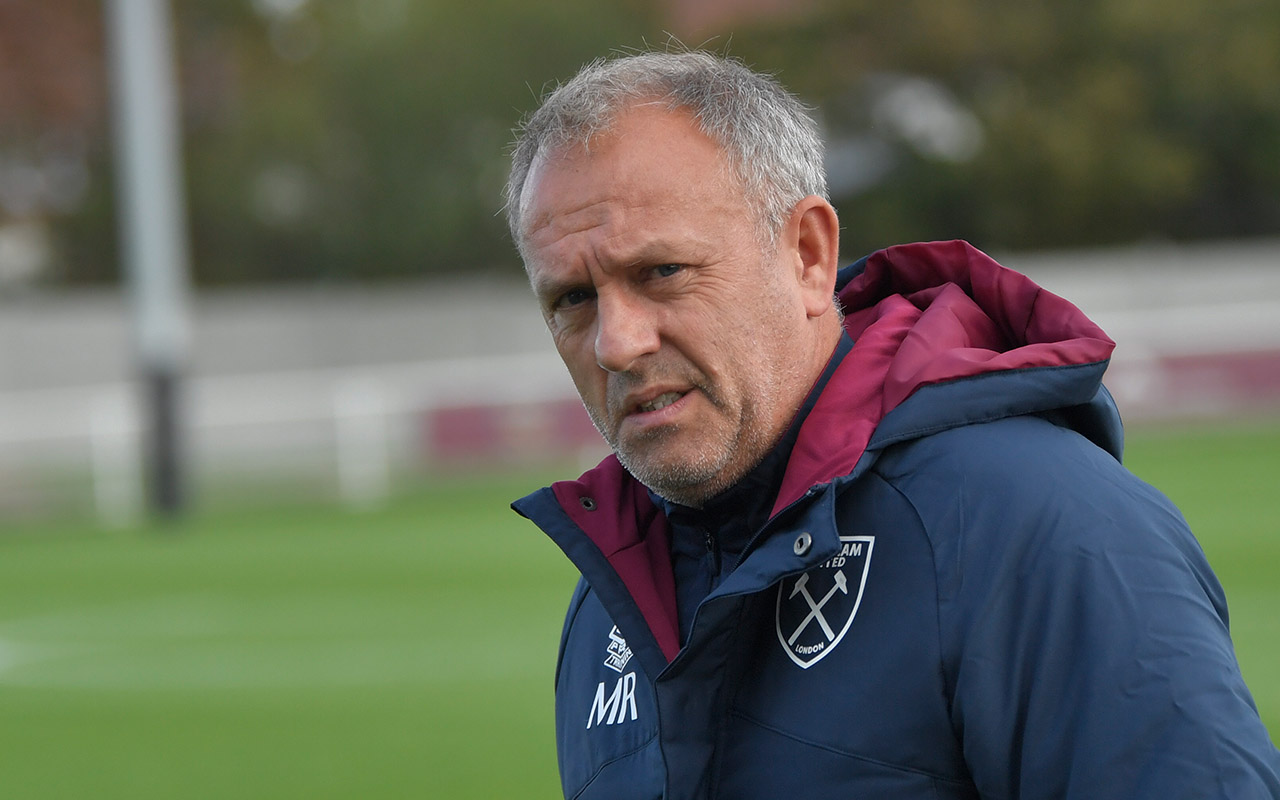 Mark Robson was frustrated with many aspects of West Ham United U21s performance in defeat to Crystal Palace on Saturday afternoon.

The development side were beaten 1-0 at Rush Green Stadium, with Fionn Mooney scoring the only goal of the game in the first half.

The Irons had Levi Laing sent off early in the second half, which negatively affected their chances of getting back into the game.

Robson was disappointed that his side couldn’t get something out of the game.

“There’s a bit of frustration from this performance because we come off the back of the Manchester United game where we played well and showed some really good qualities. Unfortunately, we never reached those levels in this match today,” he told whufc.com

“The goal came for a set-piece, but before that we didn’t defend the long ball well. I’ve got to be honest; it was really poor, we have to do better in those situations.

“If we get to the ball and make sure that their player doesn’t run in, then the corner doesn’t happen, and we don’t concede.”

Crystal Palace arrived at Rush Green topping the Premier League 2 table, so it was no real surprise that they started well early on, dictating possession and looking for an opening.

However, after the opening ten minutes, Robson’s Hammers grew into the game and looked the more likely to open the scoring.

“I thought Palace started the game really well,” Robson admitted. Although they had a lot of the ball at the beginning of the match, they didn’t ever really hurt us to be honest.

“Then we started to get a little bit of a foothold in the game, but if I’m being honest, we didn’t really look much of a threat when we did get into the final third.

“Our decision making wasn’t up to scratch at times and that’s where we need to improve so that we can be more dangerous when we do get into goalscoring opportunities.”

It did look as though the Hammers would have an opportunity in the second half to get back into the game, but the sending off of Laing hindered any opportunity of Robson’s side doing so.

The U21s boss said that he thought the sending off was harsh, but that his side could have prevented Laing being sent off in the passage of play that led to the challenge.

“It’s a mistake, and it’s something we could have stopped from happening. Their front two had a nice bit of combination play, and then we didn’t cover the zones. Our full-back doesn’t get round to deal with it, if we’d have done that then it’s a simple pass back to the goalkeeper.

“I’ve just watched it back and I think it’s a really harsh sending off, the player is going away from goal.

“It’s disappointing to lose Levi, and I’m not sure it was the right call to be honest.”

The U21s now look forward to Tuesday’s Papa Johns Trophy match against MK Dons, and Robson is hoping that his side can show more than they did on Saturday afternoon.

“It’s another tough game, but I think the programme for the boys is brilliant with all of the competitions we’re in this season. We have a lot of games, and we need to make sure we’re prepared for that.

“We’ll prepare for the game as best we can and will be looking to win and finish as high as we can in our group,” he concluded.