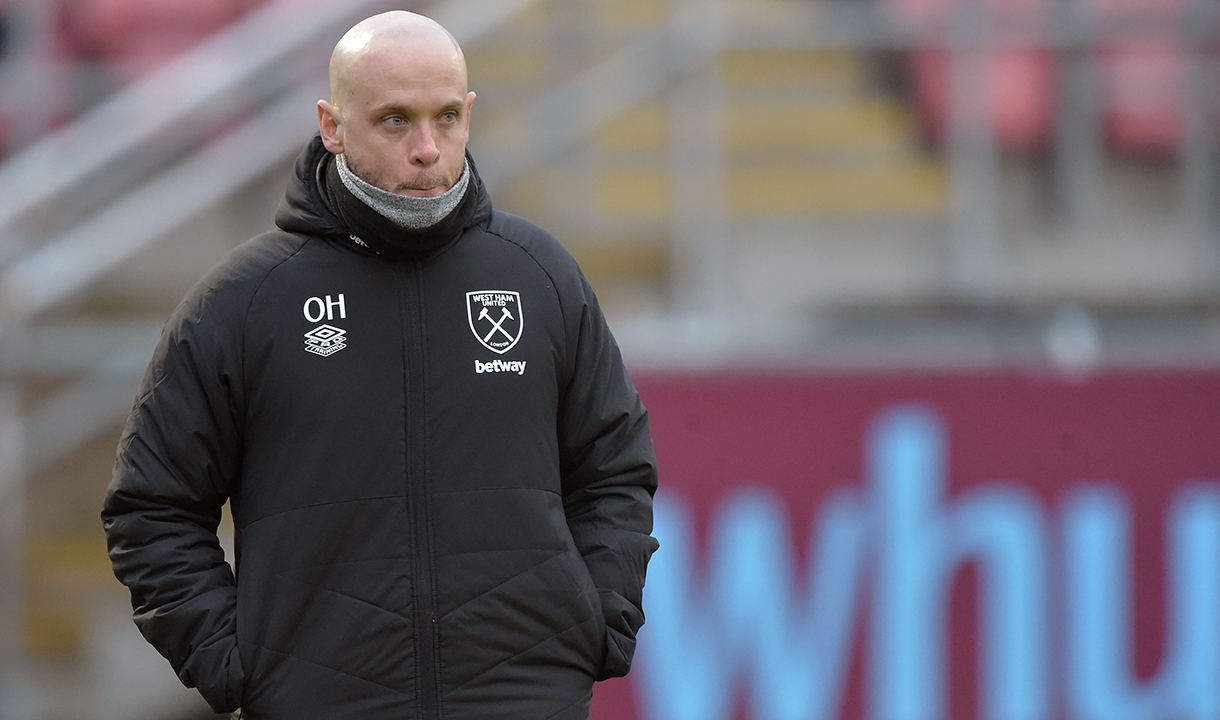 Olli Harder is hoping that West Ham United Women can bounce back from last weekend’s defeat to Manchester City when they return to Barclays FA Women’s Super League action this weekend.

The Hammers were on the end of a 4-1 defeat to the Citizens in the semi-final of the Vitality Women’s FA Cup, in a game where the Hammers gave it everything on a sunny afternoon at the Chigwell Construction Stadium.

Now, attention turns to taking on Reading in the WSL at the Select Car Leasing Stadium, and Harder is hoping that his team will bounce back, like they have done on several occasions this season.

“Bouncing back from disappointing moments, whether that be performances or results is all part of the job, Harder told whufc.com. “Being a professional footballer comes with inherent disappointment, but also a lot of joy throughout your career.

“Both of those are short-lived because there’s always another game on the horizon. The game against Manchester City is gone now, so we need to crack on and move forward. I always say it, but the biggest thing is making sure that we all represent the football Club in the best possible manner when game day arrives.”

Reading have had an up and down season in the Barclays FA Women’s Super League. The Royals started the season poorly, but a run seven wins throughout November, December and January put them in a solid position, knocking on the door of those above them occupying Champions League places.

Since then, however, the Royals have only managed to pick up two points from their last six league outings. Harder knows that they will present a tough challenge, but it’s one that he hopes his team can navigate and pick up three points.

“Reading are tough opposition,” Harder admitted. “They make it really difficult for teams to break them down and they play to their own strengths. They’ve got players that can run in behind, or they can play to a more direct style.

“Either way, we know that we’re going to have to be switched on from minute one if we’re to go and achieve our desired result on Sunday.

“There’s a big motivation for us to go and achieve that, because we want to get as many points on the board as possible come the end of the season.”

The New Zealander admitted that his team might not be at their strongest on Sunday afternoon, with a number of players doubtful or confirmed as being out of the contest in Berkshire.

“We’re without Maisy Barker and Anna Leat at the moment. Maisy has been out for the whole season and has been working incredibly hard to come back from the injury she sustained, but she won’t feature again this season.

“Anna picked up a knock a couple of weeks ago and is currently wearing a protective boot – she will not be in the squad come Sunday.

‘We’ve also had a couple of other players pick up knocks during training this week, but we will assess them in our final training session and see if they can play any part in the game.

“As a squad, we’ve been quite fortunate with injuries this season, but it’s obviously a part of the game. On the plus side, it will allow for others to step in and take their chance in the starting XI.”

Sunday’s game will likely be one that Kate Longhurst will remember for a long time, as she prepares to make her 100th appearance for the Club that she supports.

“Kate has been and continues to be a fantastic servant to women’s football. She’s been a joy to work with since I arrived at the Club and it’s a massive moment for her to achieve this for the Club that she adores.

“Hopefully she will be coming off the pitch at full-time with a beaming smile on her face because we’ve got the job done on a special day for her.”

Kick-off is scheduled for 2pm, with tickets available to purchase from Reading on their website.

If you can't make it to the match, then you can watch live coverage, for free, via the FA Player.