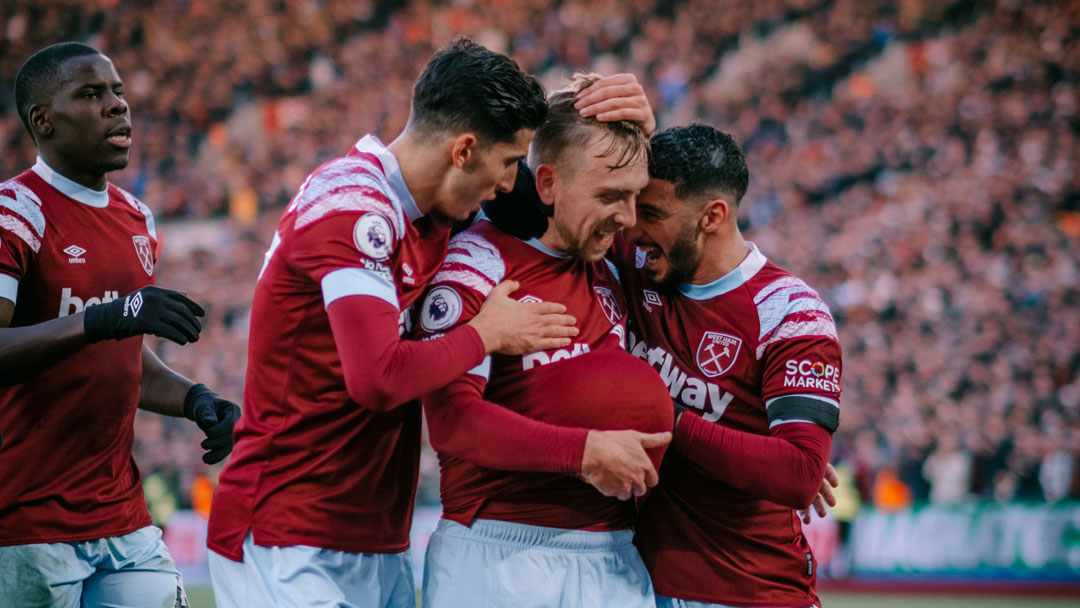 The West Ham United family came together before kick-off to honour the memory of our beloved late Joint-Chairman David Gold.

At the Club’s first home fixture since his sad passing on Wednesday 4 January at the age of 86, a sell-out 62,500 crowd at London Stadium paid tribute to the life and career of a man who grew up at 442 Green Street, Upton Park, opposite the Boleyn Ground, played for the Club as a schoolboy, and took over as Joint-Chairman in 2010.

The Claret and Blue Army took part in a one-minute period of applause before kick-off after a video, focused on our Joint-Chairman's unique life and rise from poverty to successful businessman, played on the big screens at London Stadium.

Gold’s daughters Jacqueline and Vanessa, fiancée Lesley, and granddaughter Scarlett were joined by Sporting Director Mark Noble in a poignant walk to the centre circle too.

The Hammers were two goals ahead at the break, and well on their way to consecutive home wins over the Toffees, thanks to Jarrod Bowen's first-half double.

The No20 broke the deadlock on 34 minutes, using a perfectly-timed run to convert Kurt Zouma's knockdown, then arrived at the right moment seven minutes later to smash Michail Antonio's cross into the net at the end of a devastating counter, having initially released his fellow forward down the right wing.

A double struck at London Stadium the day after his partner Dani announced the couple were expecting twins off the pitch too!

"I broke the news last night about having twins, so today was really special scoring two goals!” he explained. “Since we found out [about the twins], it has been hard to keep it away from everyone, but to release it last night and to score two today is really special. I could not have asked for a better weekend!”

Bowen’s performance across the pitch was just as impressive. His two shots on target brought goals, while he also showed his defensive duties making two tackles and one interception.

The back-three was on top form on Saturday afternoon.

Nayef Aguerd, Angelo Ogbonna, and Kurt Zouma - the latter making his first start of 2023 - were key as the Hammers kept a league sheet at London Stadium for the first time since 24 October – another 2-0 win, on that occasion against AFC Bournemouth.

Key to the success in keeping the Toffees out was the way the trio dealt with the hatful of crosses that found their way into the area as Everton looked to overturn the two-goal deficit in the second half.

They made 35 clearances between the three of them - Aguerd with eleven on his first Premier League start at London Stadium, vice-captain Ogbonna with 15 and Zouma with eight.

You shall not pass ⛔️

The trio were dominant in the air, too. Aguerd won four aerial duels, Ogbonna one, and Zouma, the most impressive, won five aerial duals.

Aguerd too showed his pace and determination to stick with Demarari Gray as the Everton forward burst into the penalty area late on. The Moroccan produced a perfectly-timed tackle, sliding in to nip the ball from the winger.

It was just a moment that summed up how the trio, who were starting together for the first time in the Premier League, excelled in their defensive duties.

With 20 minutes to be played in east London, Danny Ings was introduced for his West Ham United debut at London Stadium.

The new No18 replaced Michail Antonio, who had provided a well-earned assist for Bowen’s second of the afternoon, and Ings, having trained with his new teammates for the first time on Friday, was quickly into the action a day later.

“I came on when we were defending the lead and I came on to work hard for the team and try and win free-kicks when the pressure was on,” he explained. “We knew that second half, they were going to come after us and we knew we'd have to suffer a little bit, but I thought we worked hard as a team and got over the line.

And Ings did just that. Roared on by the home support, one of the No18’s first touches saw him beat Amadou Onana, before he was fouled by Tom Davies. Ings almost helped Bowen complete a first hat trick in Claret and Blue, too, when an inch-perfect long pass found the No20 racing through the middle, although Conor Coady denied him with a last-ditch block. 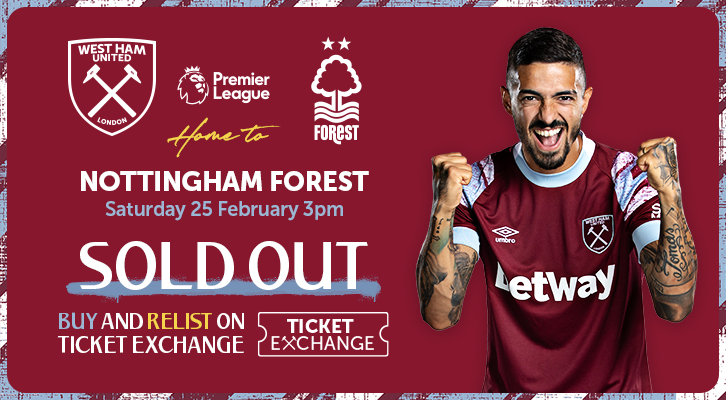