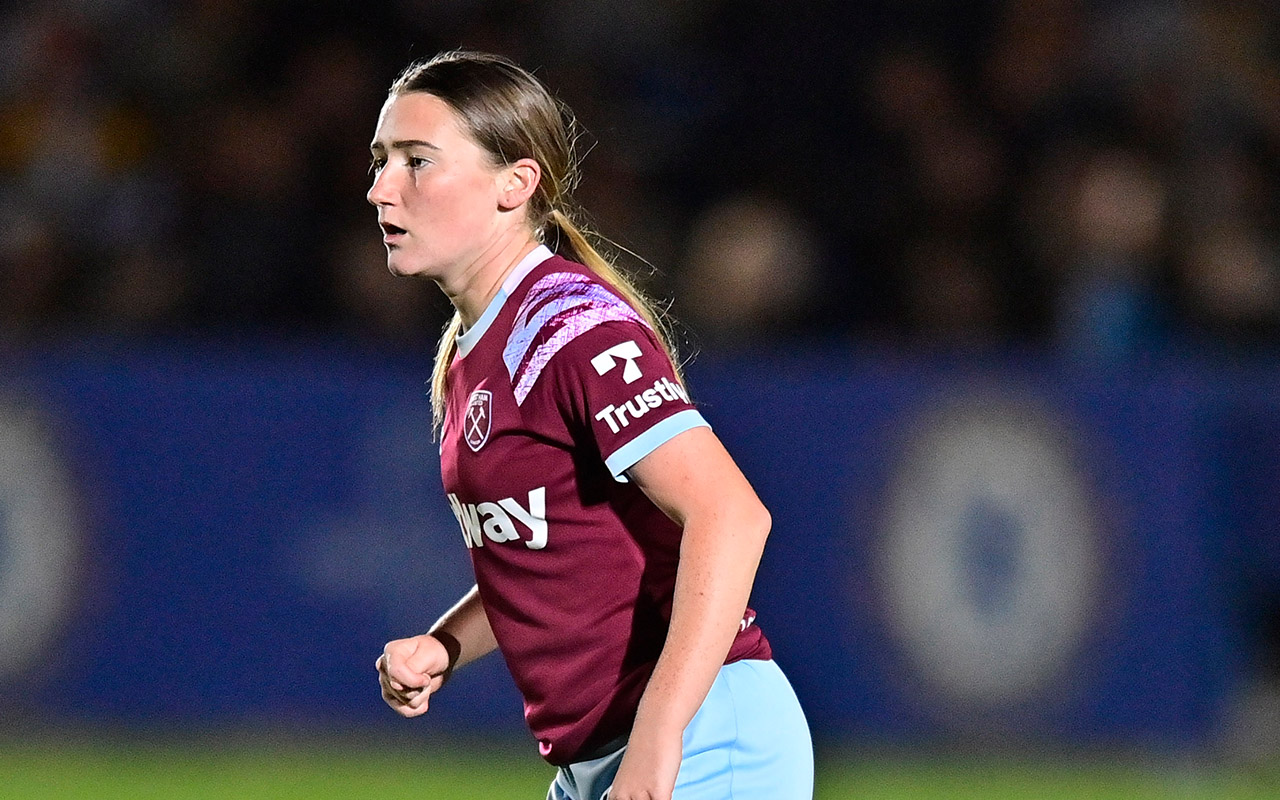 Flannery: We want to make a good start in the Conti Cup

The 17-year-old midfielder made her debut for West Ham United, the Club that she has supported all her life against Chelsea on Wednesday evening.

Flannery came off the bench in the 88th minute at Kingsmeadow and worked hard as the clock ticked down to full-time.

It was a dream come true for the midfielder, and she is hoping to have plenty more experiences in Claret & Blue over the course of the 2022/23 campaign.

Flannery is hoping that she may get another chance to get onto the pitch in that match.

“It was a dream come true to make my debut for the Club that I love,” she told whufc.com.

“Just be able to get out there for a couple of minutes was amazing, it wasn’t something that I was expecting to happen against Chelsea.

“To say that I’ve spent time on the pitch with world class players is brilliant, and it’s an experience that I’ll never forgot.”

Some of Flannery’s immediate family members were in the crowd, whilst the rest of them were watching at home.

And Flannery said it was surreal to have them there supporting her.

“It was pretty surreal to have my family at the game, cheering me on as I came on.

“I’ve had so many people message me since as well, it’s just been so surreal and I’m thankful to the manager for giving me this opportunity.

"It’s the first time that I’ve played in front of a big crowd before and it’s something I’m looking forward to experiencing more of.”

The Hammers did well in the Conti Cup last season, beating Sunday’s opponents, Birmingham City and Brighton & Hove Albion to top the group, without conceding a goal.

The midfielder is hoping that the team can make a similar impact on this year of the competition.

“The manager has already spoken to us all about how we want to go deep into the cup competitions this season, and we want to make sure that we make a good start to the Group stage.

“Only one team advances into the knockout stages, and then from there it's not a lot of matches from there until the final.

“We’ve got to take it game by game, but I think if the team plays that way that it has in the opening three games, whilst cutting out some of the mistakes that we’ve made, then I think we have a chance of making a good start."