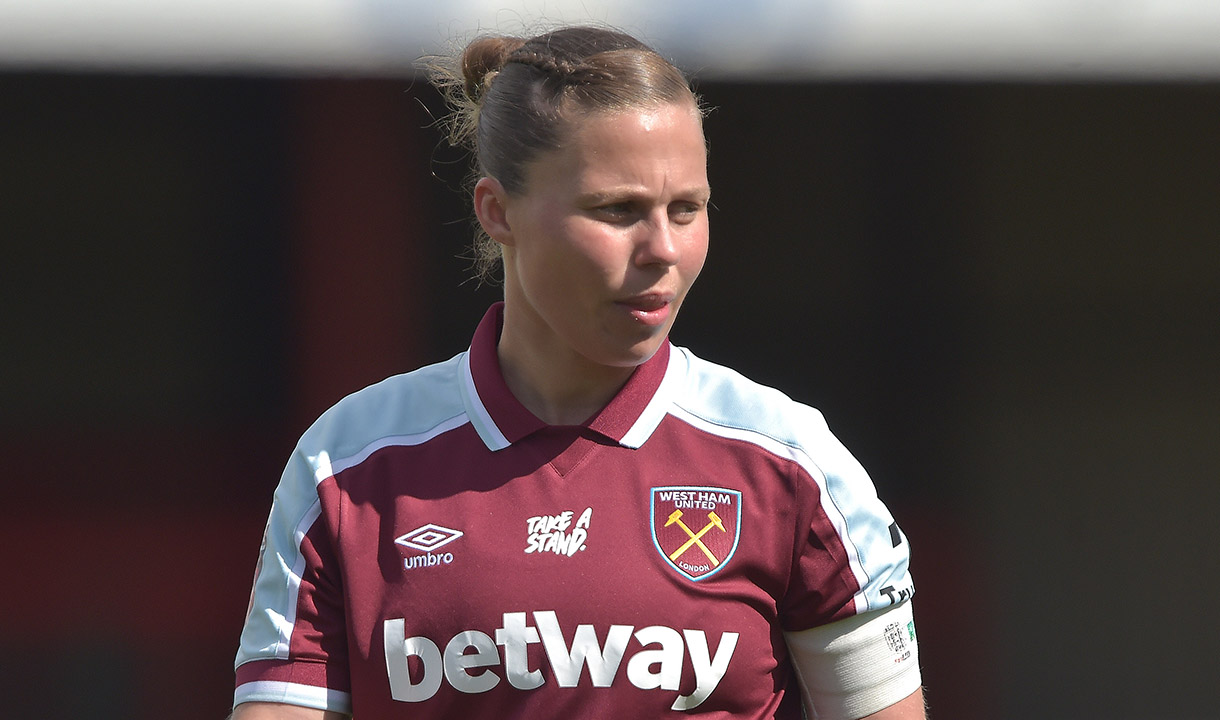 Gilly Flaherty has been voted as your ZO Skin Health Hammer of the Month for March!

The Hammers' skipper had a solid month at the back, helping steer her side into a Vitality Women's FA Cup semi-final, as well as leading the team to results which confirmed a Club-record points total in the Barclays FA Women's Super League.

In a poll voted on by supporters, Flaherty came out on top against teammates and fellow nominees Lucy Parker, Dagný Brynjarsdóttir and Adriana Leon.

Flaherty celebrated her 100th appearance against Manchester City on Saturday, continuing on from a solid month in March.

The Irons now have just under two weeks in the international break to prepare for their upcoming FA Cup semi-final against Manchester City.

The match is set to take place at the Chigwell Construction Stadium on Saturday 16 April 2022, kicking off at 12.15pm (BST).