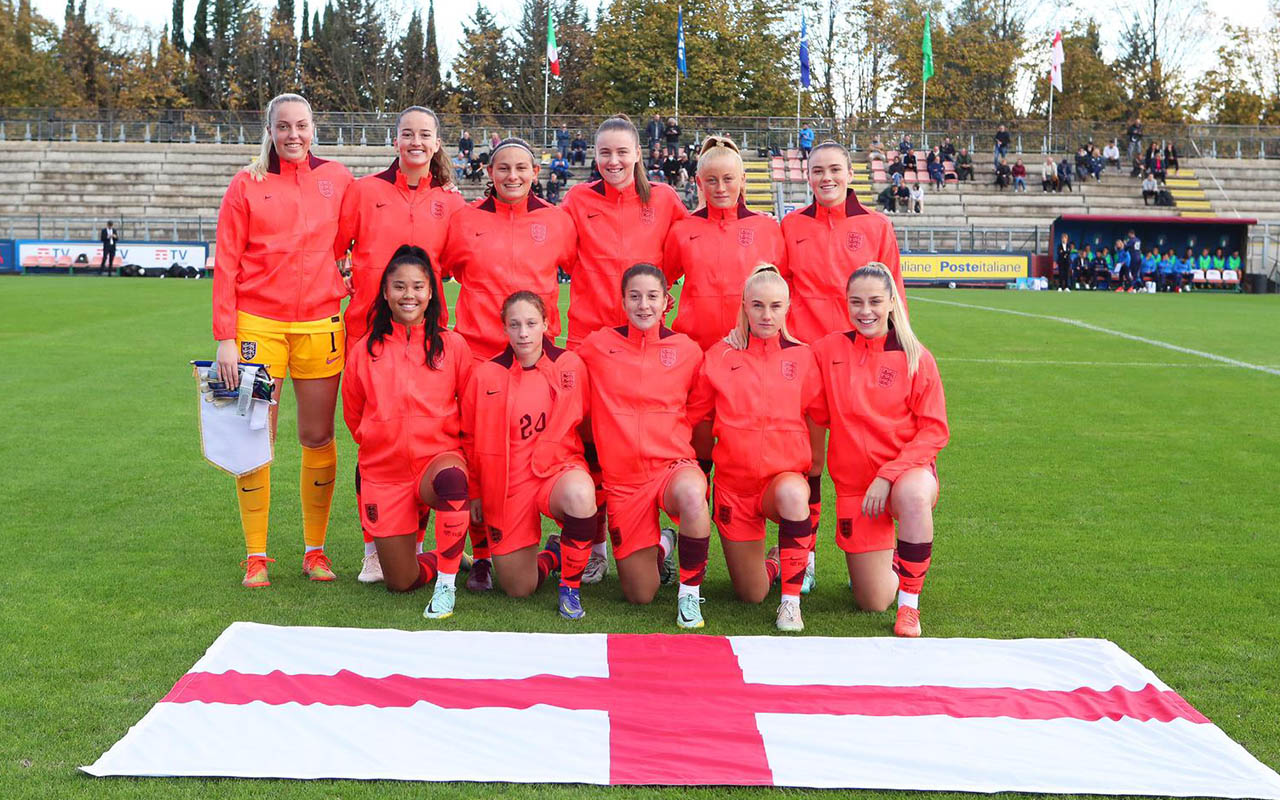 As the international break continues, here is how our Hammers got in in their latest matches on the worlds stage.

Mel Filis scored her penalty as England U23s scored a penalty shootout victory over Italy after a hard-fought goalless draw at the Stadio Tre Fontane in Rome. It follows the Young Lionesses’ first game of their November camp, which saw them beat the Netherlands 2-0 in Walsall on Thursday night.

Filis started the match and played the full 90 minutes but could not help her side to victory inside 90 minutes as the Italians stood firm.

England looked set to take the lead eight minutes into the second half as some good build-up play ended with Freya Gregory having a low shot cleared off the line.

Italy themselves should have taken the lead with 15 minutes remaining when a long ball resulted in Margherita Monnecchi beating goalkeeper Emily Ramsey to the ball and, after reaching the byline, pulling it back to Miriam Longo for a tap-in, only for Poppy Pattinson to deflect the shot and then Tara Bourne block it on the line.

A looping header from Asia Bragonzi in the final ten minutes then crashed against the bar for Italy and England substitute Shannon O’Brien forced a save at the other end, but neither side were able to find the winning goal.

The game went to a penalty shootout, with Filis converting successfull from the spot to help England win 4-1 on penalties.

Staying with England's age-groups, Halle Houssein and Keira Flannery came off the bench for England U19s as they were beaten by the Netherlands in Portugal.

The Young Lionesses, who enjoyed a 2-1 victory over Norway last week in their first game of the Algarve Cup, found themselves a goal down after less than ten minutes of the game when Dutch captain Danique Noordman opened the scoring in the sixth minute.

And it remained 1-0 at the break before the Dutch got their second of the game through substitute Lotte Keukelaar in the 74th minute.

But Emma Coates’ team kept searching for a way back into the game and they reduced the arrears four minutes later, when Olivia McLoughlin took advantage of a stray pass and fired home from 20 yards.

They could not find an equaliser though and will now head home before resuming their WU19 EURO campaign in the new year.

Flannery, who had scored for the U18s side last week, made the step up to the U19s team – coming off the bench for the final 20 minutes of the game. Houssein replaced McLoughlin in the closing stages.

At senior level, Kirsty Smith was an unused substitute as Scotland beat Venezuela 2-1 at the Estadio Antonio Bardillo.

Having beaten Panama on Saturday, when Smith laid on an assist for teammate, Abbi Harrison, Pedro Martínez Losa’s side were hoping to secure their second win of the international break.

They took the lead on 36 minutes, when Caroline Weir’s corner was headed home at the near post by Kelly Clark.

The advantage was doubled before the break, as Brown’s ball into the box saw an Emslie header find the back of the net.

Venezuela’s Mariana Speckmaier had an effort ruled out for offside, but the lead was halved before the hour mark, when Manchester City’s Deyna Castellanos beat Jenna Fife from long range.

Emslie was denied a second goal by a save from Nayluisa Caceres, while Brogan Hay hit the woodwork on her senior debut.

Finally, Izzy Atkinson was an unused substitute as the Republic of Ireland recorded a comprehensive 4-0 victory over Morocco in their friendly match in Marbella, which forms part of their preparations for next summer’s World Cup in Australia.

Louise Quinn skippered the side on the occasion of her 100th international appearance and her team took the lead inside two minutes with Megan Campbell scoring her fourth international goal. She cut in from the wing and her left-foot shot beat Zouhair Assia in the Morocco goal.

Ireland doubled their lead in the eighth minute as Katie McCabe slotted home a penalty.

Irish captain Quinn scored a fortuitous third goal when she blocked a clearance with the ball spinning into the net.

The game was rounded off eleven minutes from time with a superb diving header by Kyra Carusa getting on the end of a cross from the right from Áine O’Gorman.