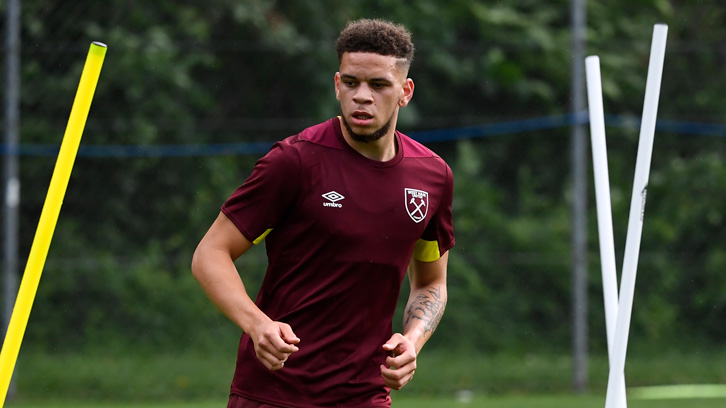 Marcus Browne has agreed a deal to join EFL League One club Oxford United on a season-long loan.

Attacking midfielder Browne, 20, made his Hammers debut and sole first-team appearance when he featured against Romanian side Astra Giurgiu in a UEFA Europa League qualifier in August 2016.

He was later loaned to Wigan Athletic, appearing in the Latics’ FA Cup fourth-round defeat by Manchester United at Old Trafford in January 2017.

Browne, who joined West Ham at the age of eight before working his way up through the Academy of Football ranks, captained the U23s last season, scoring six goals and registering two assists in 13 appearances.

Now, he will seek to gain valuable first team experience at the Kassam Stadium as part of Karl Robinson’s remoulded Oxford squad.

Browne will team up with another former Academy of Football star in the shape of Robert Hall, who has scored 17 goals in 66 appearances since joining Oxford from Bolton Wanderers in 2016.

The last young Hammer to go on loan to the U’s was striker Toni Martinez, whose goals helped fire the club through to the FA Cup fifth round two seasons ago.