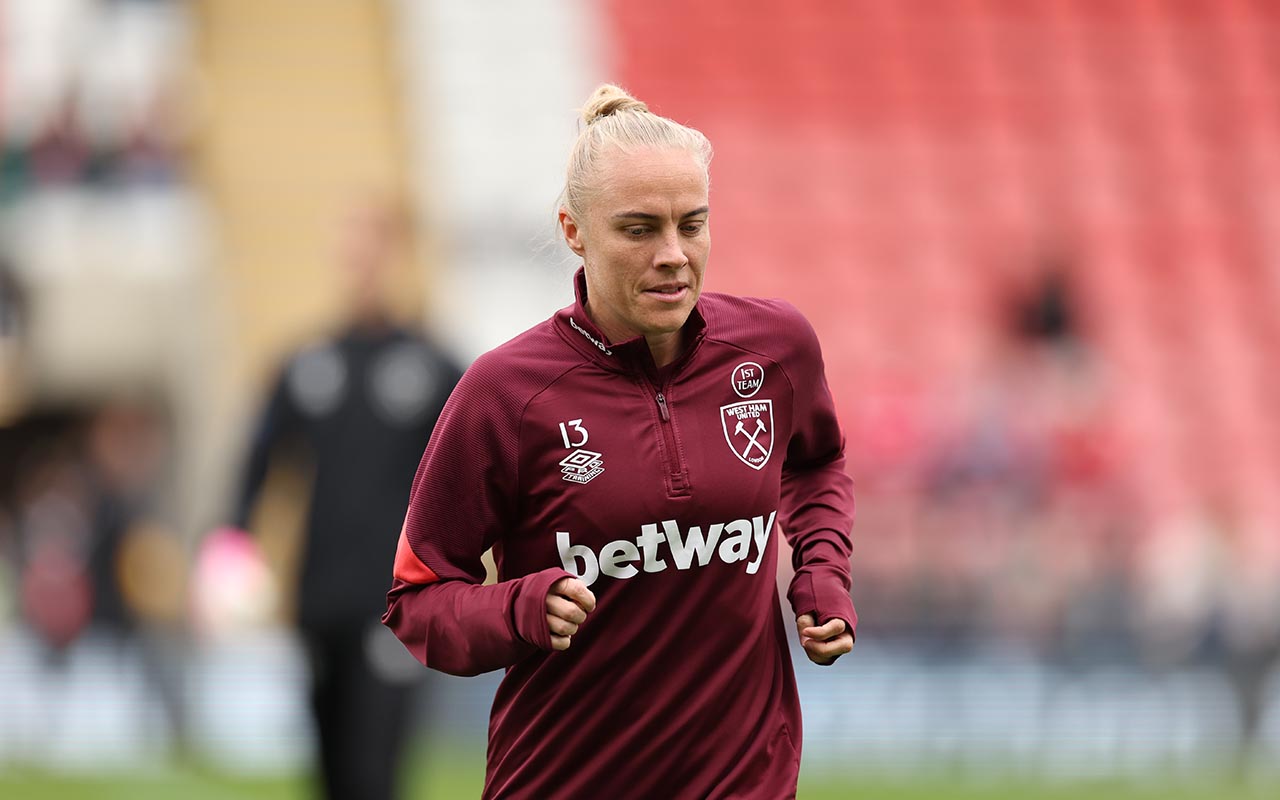 Yallop: It was a tough afternoon

Tameka Yallop said that there are improvements to be made after West Ham United Women were heavily beaten by Manchester United on Sunday afternoon.

The Irons were second best at Leigh Sports Village, as Martha Thomas, Leah Galton and an own goal from Grace Fisk sealed a 3-0 defeat in the North-west

It was an afternoon that Yallop and her teammates will want to move on from quickly, as they get ready to prepare for another strong contest when they welcome Arsenal to the Chigwell Constriction Stadium on Sunday 8 May – in what is the final home match of the season.

“It was a tough afternoon for us, Yallop told West Ham TV. “I think that there was some good football played, but I think our press let us down in the first half.

“We did create chances at the same time, but we need to capitalise on those when they come our way.

“It’s always frustrating to be down 2-0 after only 20 minutes gone in the game. I think we need to keep ourselves in the game and communicate a lot more. We have to be able to solve problems out on the field as they come up when we’re playing – which we didn’t do.

“We had to wait until halftime, and sometimes that’s a little bit too late which was the case today.”

It was a stark contrast to last weekend’s 2-1 win over Reading at the Select Car Leasing Stadium, where the Hammers created chances at will and should have scored so many more.

Against the Red Devils, though, the Irons lacked creativity for large spells. Adriana Leon tested Mary Earps and Yallop herself had a chance that she side-footed wide, but they rarely troubled the United goal.

And the Australian midfielder admitted that Marc Skinner’s team were the better side in the contest.

“We definitely had a couple of really good attacks and there were times where we looked really good in possession. We played some good bits and pieces, but so did they and they were a class above us out there.

“We need to be able to match them from the first whistle.

“I think sometimes we took out foot off the ball and we need to have more patience. There are certainly improvements to make in our communication and the way we pressed.”

Yallop is now hoping that the team can put things right in their final game of the season and reward the fans for their support throughout the season with a good performance.

“It’s the last game of the season and that’s always exciting in itself, because you want to give your all and put on a show.”

West Ham United Women face Arsenal at Dagenham & Redbridge on Sunday 8 May 2022 – with the game kicking off at 12pm.

Tickets for the match are available to purchase now, and are selling fast, so don’t miss out!