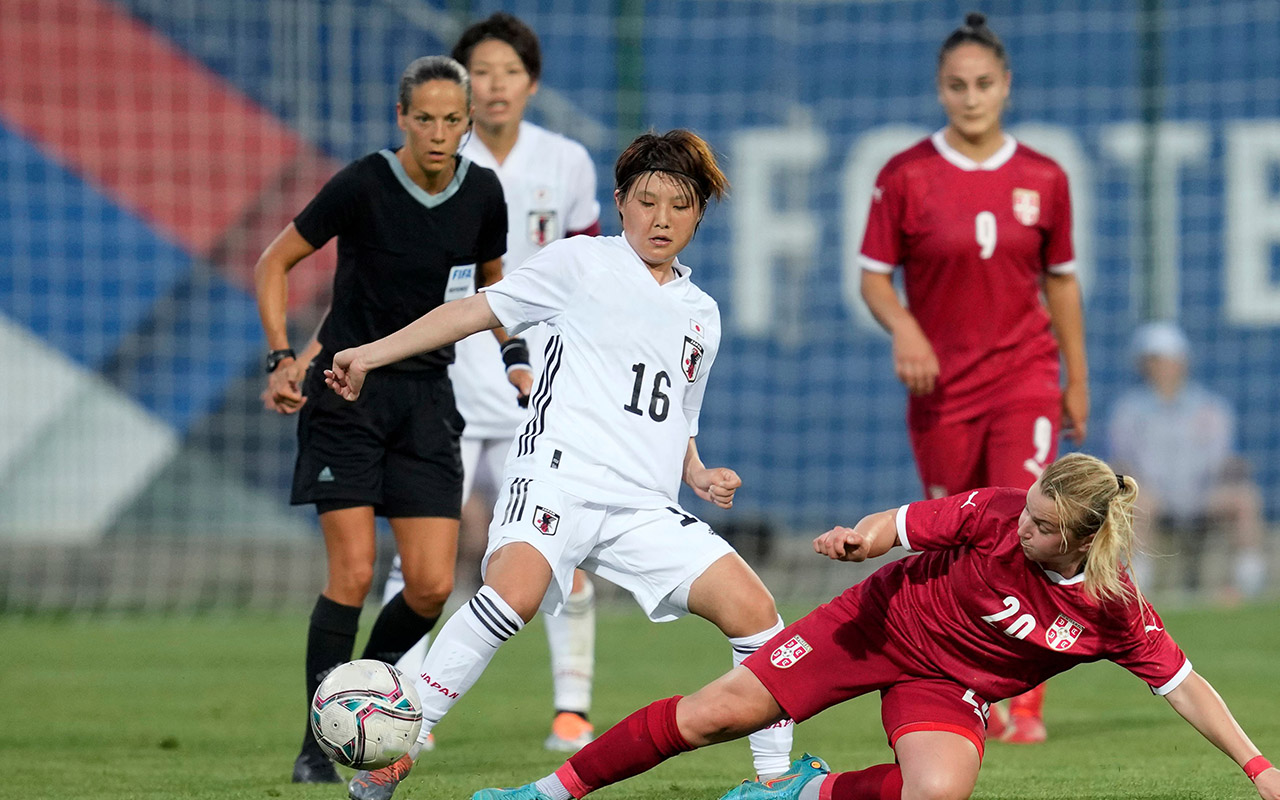 West Ham United Women’s 2022/23 season takes it's first international break of the campaign, as a whole host of players prepare to represent their countries in a series of fixtures across the world over the next ten days.

Here’s everything you need to know about when our players will be in action...

Risa Shimizu and Honoka Hayashi have been called up by Japan for their friendly matches against Nigeria and New Zealand on home soil. This is the first time that the pair will represent Nadeshiko since arriving in east London this summer.

Hawa Cissoko and Viviane Asseyi are in the France squad for their friendly matches against Germany and Sweden, with Asseyi returning to the international set-up for the first time since April after an injury to Sakina Karchaoui saw her called-up to the squad as a replacement.

Mackenzie Arnold has linked up with the Australia squad once again, as they face South Africa in London, before heading out to Viborg to face Denmark.

Mel Filis could represent England U23s for their friendly matches against Norway and Sweden, whilst Halle Houssein and Alex Hennessy are in the U19s squad for their UEFA Under-19 European Championship qualifiers against Slovenia, Slovakia and Denmark.

Lucy Parker was in the Lionesses squad for their friendly matches against the USA and the Czech Republic but was forced to withdraw through injury.

Thea Kyvåg has been called up to represent Norway U19s, as they face Malta, Portugal and Belgium in UEFA Under-19 European Championship qualifiers.

England U19s were in action on Wednesday 5 October, beating Slovenia 5-0 at Štadión Nová Ves. Neither Houssein nor Hennessy featured in the victory. However, they could play against Slovakia on Saturday 8 October or Denmark on Tuesday 11 October.

Kyvåg came on in the 81st minute as Norway U19s smashed Malta 10-0 in their opening match on Wednesday, and she will be hoping to feature in their remaining matches against Portugal on Saturday 8 October and Belgium on Tuesday 11 October.

Senior international matches begin on Thursday 6 October, with Japan taking on Nigeria at Misaki Park Stadium in Kobe in a friendly match, before facing New Zealand in Nagano on Sunday morning.

Iceland will face the winner of Portugal versus Belgium to see who they will face in their own World Cup play-off match, with Brynjarsdóttir and her compatriots hoping to reach their country's first ever World Cup finals.

On Friday 7 October, Asseyi and Cissoko will be hoping to be involved for Les Bleues against Germany at the Rudolf Harbig Stadion, home of Dynamo Dresden. On Tuesday, they then travel to Gothenburg to take on Sweden in another friendly match.

Last but not least, on Saturday 8 October, Arnold will be hoping to secure some minutes for Australia when they face South Africa at Kingsmeadow before heading to Viborg to take on Denmark on Tuesday.

As it stands, no other matches will be available to broadcast live in the UK, but should Scotland win, their World Cup play-off against Republic of Ireland is likely to be shown live on the same channels.