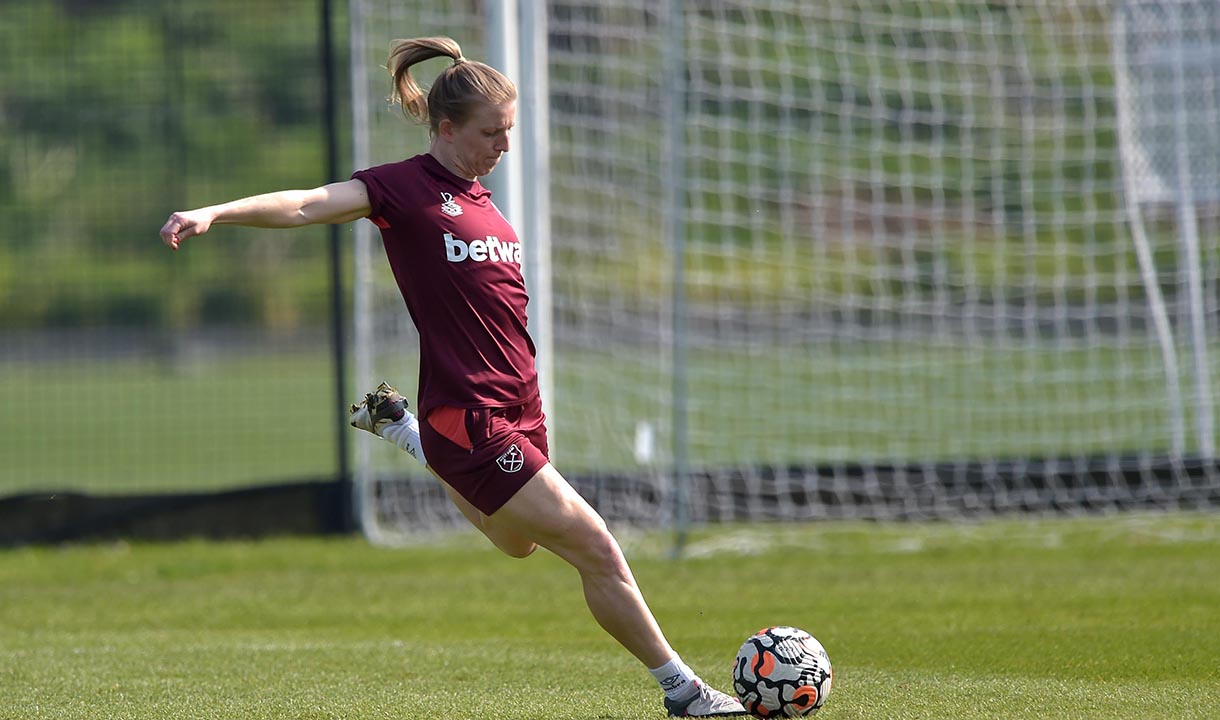 West Ham United Women made the most of the rays of sunshine in east London earlier this week, spending plenty of time out on the grass in preparation for facing Manchester City at the Chigwell Construction Stadium this Saturday.

The Irons are looking to bounce back from a 2-0 defeat to Brighton & Hove Albion in their last outing, and have immediately got back to work at their Chadwell Heath training base as manager Olli Harder seeks improvement.

The meeting between the Hammers and Citizens will be first of two back-to-back ties; whilst Saturday's fixture will be contested in the Barclays FA Women's Super League, the pair will also do battle in the Vitality Women's FA Cup semi-finals a fortnight later.

Tickets can also be purchased from the ticket office at the Chigwell Construction Stadium from 9.30am BST on the day of the match.

Alternatively, you can contact the ticket office on 0333 0301966 to purchase your tickets!

Ticket prices for the fixture are as follows:

Alternatively, you can purchase a West Ham United Women’s season ticket to watch Harder’s side in their final three home fixtures of the season. Please call our ticket office on 0333 030 1966 for further information. 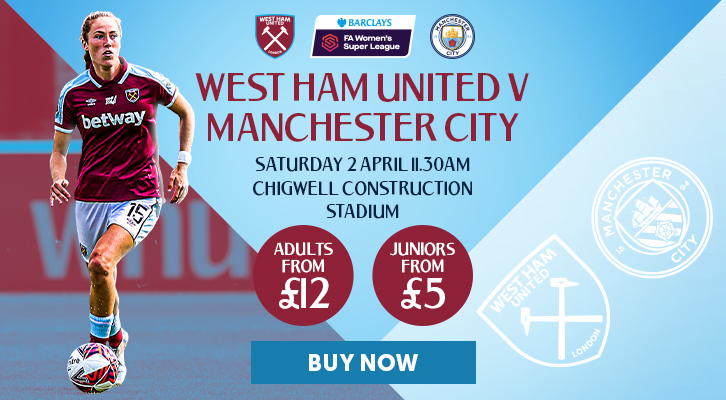