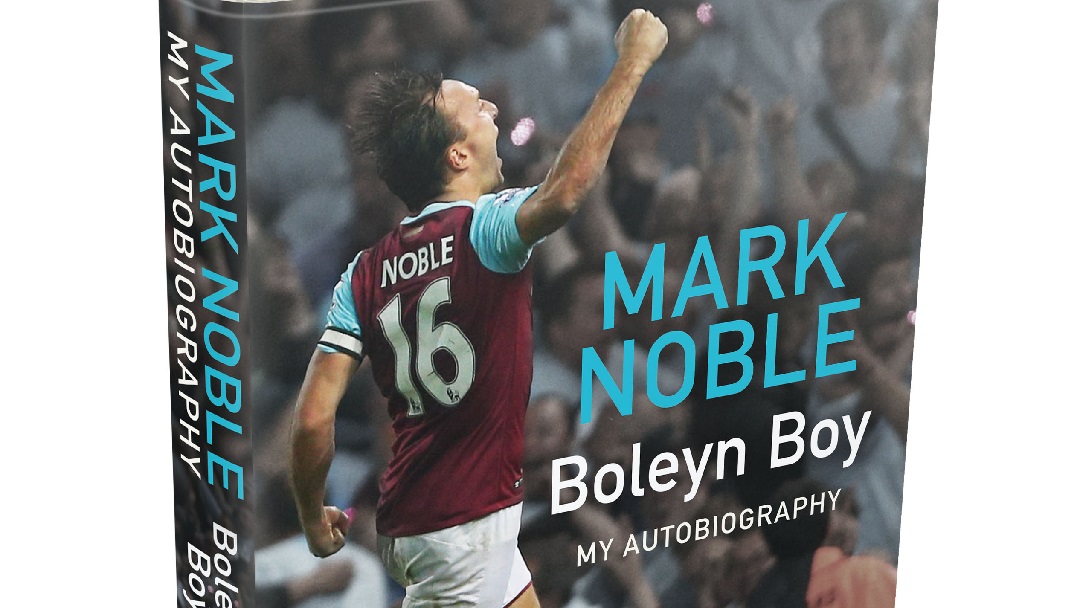 Noble to sign copies of 'Boleyn Boy' at Stadium Store this Thursday!

Mark Noble will be meeting fans and signing copies of his autobiography ‘Boleyn Boy’ at West Ham United’s Stadium Store on Thursday 17 November.

The Hammers’ long-serving Club captain, who retired after an 18-year, 550-game career in Claret and Blue in May, will be at London Stadium between 4pm-6pm.

To ensure every fan attending has time to meet the popular former midfielder and future sporting director, numbers are limited, and supporters need to reserve their place in advance here and collect their books and wristbands from the Stadium Store between 12noon-3.30pm on Thursday.

Boleyn Boy is the remarkable story of a local lad who grew up in the shadow of Upton Park and became ‘Mr West Ham’: a one-club man who lived the dream.

A modern footballing legend, Noble is the embodiment of what it means to be a Hammer, pouring his heart and soul into the club he supported as a boy. 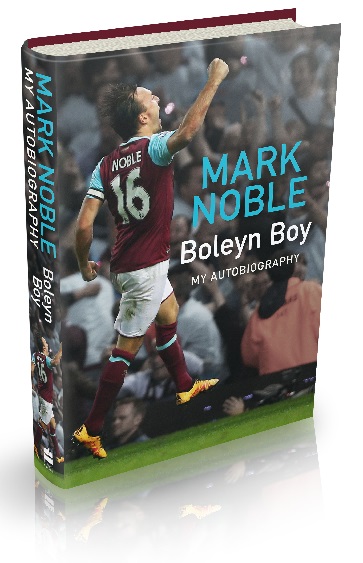 “I wanted to share the highs and lows, first-hand, of being born and bred West Ham and growing up to play for the Club I love in my autobiography, and I hope you enjoy it,” said Noble, who retired in May at the age of 35, after 18 years in the first-team squad and over two decades at the Club.

“I had some incredible times at West Ham from the age of eleven years of age and grew up there, from Academy hopeful to first-team captain, and collected some unforgettable memories along the way.

“Through it all, my family, my wife Carly, son Lenny and daughter Honey, have supported me every day, through all the ups and downs, and I want to thank them for always being there for me.”

Born and raised in Canning Town, Noble joined the Academy of Football in 2000 and made his senior-team debut aged just 17. Now, after over 20 years, with a wealth of memories and 550 appearances for his boyhood Club under his belt, he looks back at his remarkable career, reflecting on his journey from boot boy to Club captain, bossing the midfield, scoring pressure penalties and becoming an inspirational figurehead on and off the pitch.

This is the story of a brilliant footballer, a genuine ambassador and a local legend. This is the unforgettable autobiography of Mark Noble.