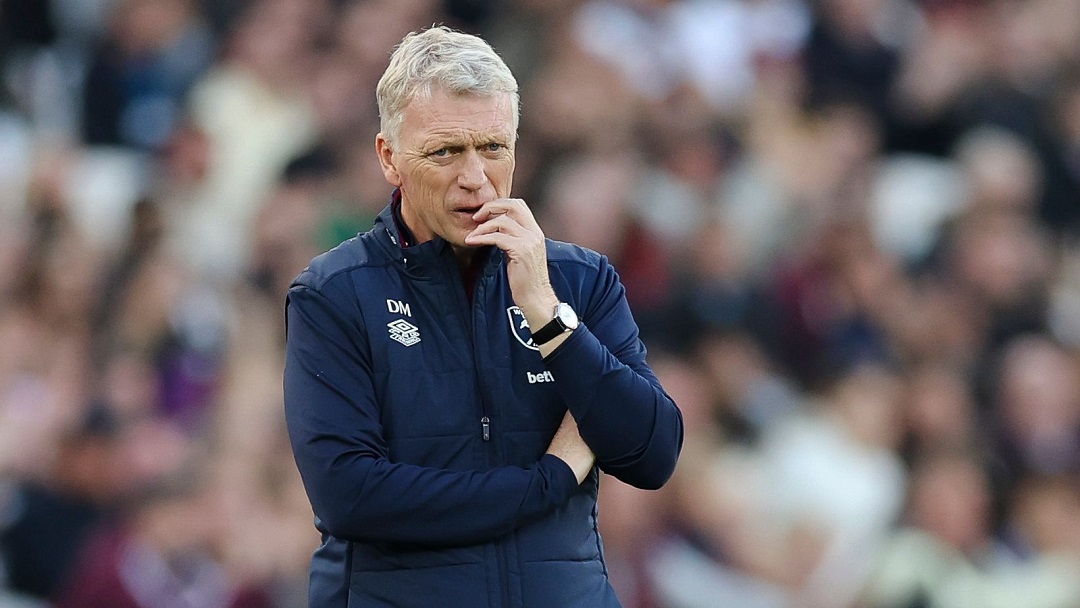 Moyes: It hurts because you care and you want to win

David Moyes understands the Claret and Blue Army’s frustration, but the manager insists West Ham United’s results will improve after the mid-season break for the FIFA World Cup finals.

The Hammers suffered a ninth loss in their opening 15 Premier League matches on Saturday, going down to a disappointing 2-0 defeat by Leicester City at London Stadium.

It was a familiar story for the Irons, who had double the number of goal attempts as their opponents – 18 to nine – but failed to convert their chances, while the Foxes turned theirs into two goals and three points.

Both goals came on the counter-attack, converted by James Maddison and Harvey Barnes, while, in between, a third could have done likewise when Craig Dawson fouled Patson Daka, but Łukasz Fabiański kept out Youri Tielemans’ penalty.

As has been the case so often this season, in the Premier League at least, West Ham got into good areas, only for a lack of accuracy or composure to let them down at vital moments, while Leicester goalkeeper Danny Ward also made six saves to further frustrate Moyes and his players.

So, the Irons go into the break in 16th place, just a point above the bottom three, but the manager insists things will improve when his team returns to Premier League action after Christmas.

But our Achilles heel at the moment is that our play is not bad and we’re threatening, but we’re not able to take the chances we’re getting and all the opportunities we're getting.

Then, there have been lapses of concentration. We had one last week. But last week, I could see we didn't play well, but today we did play well. Today, we did a lot of good things, but the main moments, whether it be the finishing, or whether it be the moments where we gave Leicester opportunities, we didn’t quite do as well.

Of course, it hurts because you care and you want to win.

Look, we've got a great bunch and the one thing today was that the players ran their you know whats off and did everything they possibly could to try and win the game, and I said that to them.

I've said: ‘Your effort and your commitment, that's why us why, in the main, we were really pleased with what you've done’ because you gave 100 per cent all the way’.

But obviously we were lacking in the in the bit which really matters and that’s the goalscoring.

We've had an awful lot of good success in the last couple of years.

We've got to a semi-final in Europe, we won a couple of groups we've been in this year and last year.

We've had a great run in the Premier League in the last two years, so at the moment we’re having a bit of a blip, we know what, and we need to find a way of getting that changed over and turn that round.

There has been a lot of stuff here at West Ham over the last two years which has been good and a lot of people won’t have seen teams challenging up near the top as often and we want to do it again – and we know that’s why everybody’s disappointed with where we are just now.

We will be working over the next six weeks to put things right, but we will also be taking a break because that’s what it’s for.

I put an awful lot of hours in and I work hard at the Club. We do everything we can and we will be doing the same during this break.