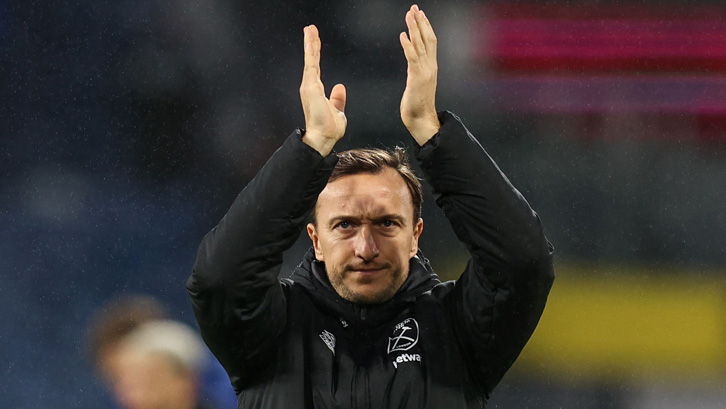 This Christmas will be an emotional one for Mark Noble.

Firstly, West Ham United’s Club captain could face Tottenham Hotspur for the last time in his long and illustrious career in Claret and Blue, in the quarter-finals of the Carabao Cup and knowing his beloved Hammers are just two wins from a major final.

The 34-year-old has taken on Tottenham on 25 occasions in his 18 seasons with the Irons, winning eight times, including the unforgettable night he captained his team to a come-from-behind 3-2 EFL Cup fourth round win over their north London rivals at Wembley in October 2017.

The two will meet again in the same competition at Tottenham Hotspur Stadium on Wednesday evening, with the prize for the winners a place in the two-legged semi-finals early in the New Year.

For Noble, the prospect of facing Spurs in a high-profile cup tie is one he is relishing, even though the postponement of the home Premier League game with Norwich City at the weekend may mean he has to make do with a place on the substitutes’ bench.

“Having the game against Norwich called off has obviously given us a few more days to prepare for it and the lads are a bit fresher, so that will make the gaffer change his mind a little bit as well, because players have had a bigger rest,” Noble observed. “Whether that changes his team selection, I don’t know, but it’s a massive game for us and something to look forward to.”

Whether he plays or not, Noble will play an important role in preparing his teammates for Wednesday’s tie, sharing his invaluable experience of facing Tottenham in high-profile fixtures.

For not only was he part of that team which stormed back from two goals down to win at Wembley four years ago, but he also captained West Ham to an historic 1-0 victory at Tottenham Hotspur Stadium in April 2019, making them the first visiting team to win at the newly-opened ground.

For father-of-two Noble, training on Christmas Day before spending the night in a hotel with his teammates is something that has got harder as his children Lenny and Honey have got older, so he is grateful that the fixture list has granted him longer with his family than would be the case if the Hammers were travelling for an away game on 26 December.

At the same time, with this being the No16’s final festive season as a West Ham player, he is determined to enjoy the experience.

“It’s actually good and it’s bad because it’s my last one, so I’m going to try to enjoy this Christmas,” he said. “To be honest, Christmas for me at home, because my kids are a little bit older now, it’s quite hard to leave them because I want to spend time with them, but hopefully my last Christmas is going to be pretty special.

“It’s good that we’re home on Boxing Day. We’ll still be in a hotel overnight on Christmas night to prepare for the game, but it’s nice for me and all the lads not to have to travel to an away game on Christmas Day. Being at home is much better for us.

“We face Southampton and while we want to get back to winning ways in the Premier League, we know every game is so tough and if we’re not on it we will get punished.

“I haven’t played much in the Premier League this year but, from what I’ve seen, the boys are more than capable of going out there and getting the result against Southampton. We’re at home, it’s Christmas, hopefully the crowd will be there with what’s going on and we can go out there and get the win.”

Finally, the captain had a message for the West Ham family ahead of what could be another testing Christmas and New Year period, with the Omicron COVID variant spreading through the population and the possibility of further measures being put in place by the Government.

He said: “My message to the fans is to try and enjoy Christmas as much as you can. Obviously the last two years has been really tough for everyone, businesses and people, so try to enjoy it, try to be safe and be careful and spend time with your families.

“We’ve kept going as a team and hopefully we’ve given you something to be happy about because we’ve played so well, but there is nothing better than being with your family at Christmas and spending time together, so hopefully you can do that.”