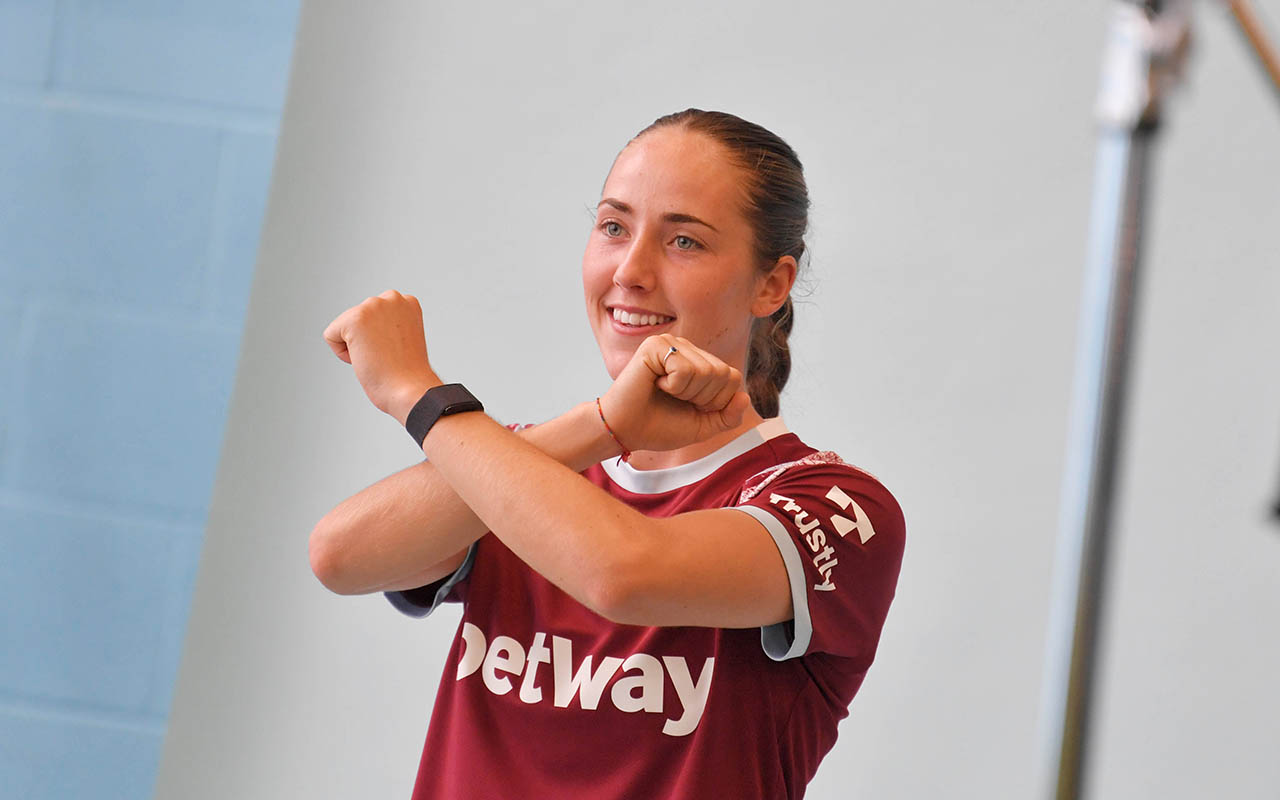 The defender has been named in the Lionesses squad for the upcoming friendly matches against the USA and Czech Republic.

Parker is only the second West Ham United Women’s player to join up with the national team, with Grace Fisk the other player to be selected by the senior squad for the 2020 SheBelieves Cup.

The 23-year-old has previously represented England at youth level, making a handful of appearances for the U23s side. At Club level, Parker has played 24 times in Claret & Blue since joining in the summer of 2021.

“I’m delighted to be called up to represent my country,” Parker told whufc.com.

“I’ve had a tough couple of months out with injury but I’d like to thank all the staff at West Ham for helping me to get back to full fitness and ready for the new season. All the hard work and persistence has paid off, especially after this exciting news.

“It will be a surreal feeling joining up with players that I watched lift the Euros this summer, but it is a challenge that fills me with a lot of excitement.

“It’s been a dream of mine ever since I started playing football and it’s fair to say, I probably won’t get much sleep tonight. I can’t wait to join up with the squad next week.”

General admission tickets for the match against USA at Wembley on Friday 7 October sold out within 24 hours of going on sale, with interest in Sarina Wiegman’s side and women’s football in England soaring after their Euro 2022 triumph in the summer.

The Lionesses will then take on Czech Republic at The AMEX Stadium on Monday 11 October, which could see Parker face off against her former Hammers team-mate, Kateřina Svitková.

Manager, Paul Konchesky offered his congratulations to the defender after receiving the news earlier this afternoon.

“It is fantastic for Lucy and we are all absolutely delighted for her,” Konchesky began.

“Lucy has worked hard to get back following her injury in April and it is testament to her that she has put herself into this position.

“Lucy is a true professional. She wants to be the best, and it’s one thing saying it but she shows it every single day. Her attitude and her effort is second to none.

Everyone at West Ham United would like to congratulate Lucy on this fantastic achievement, and we look forward to seeing her link up with the England squad next week.