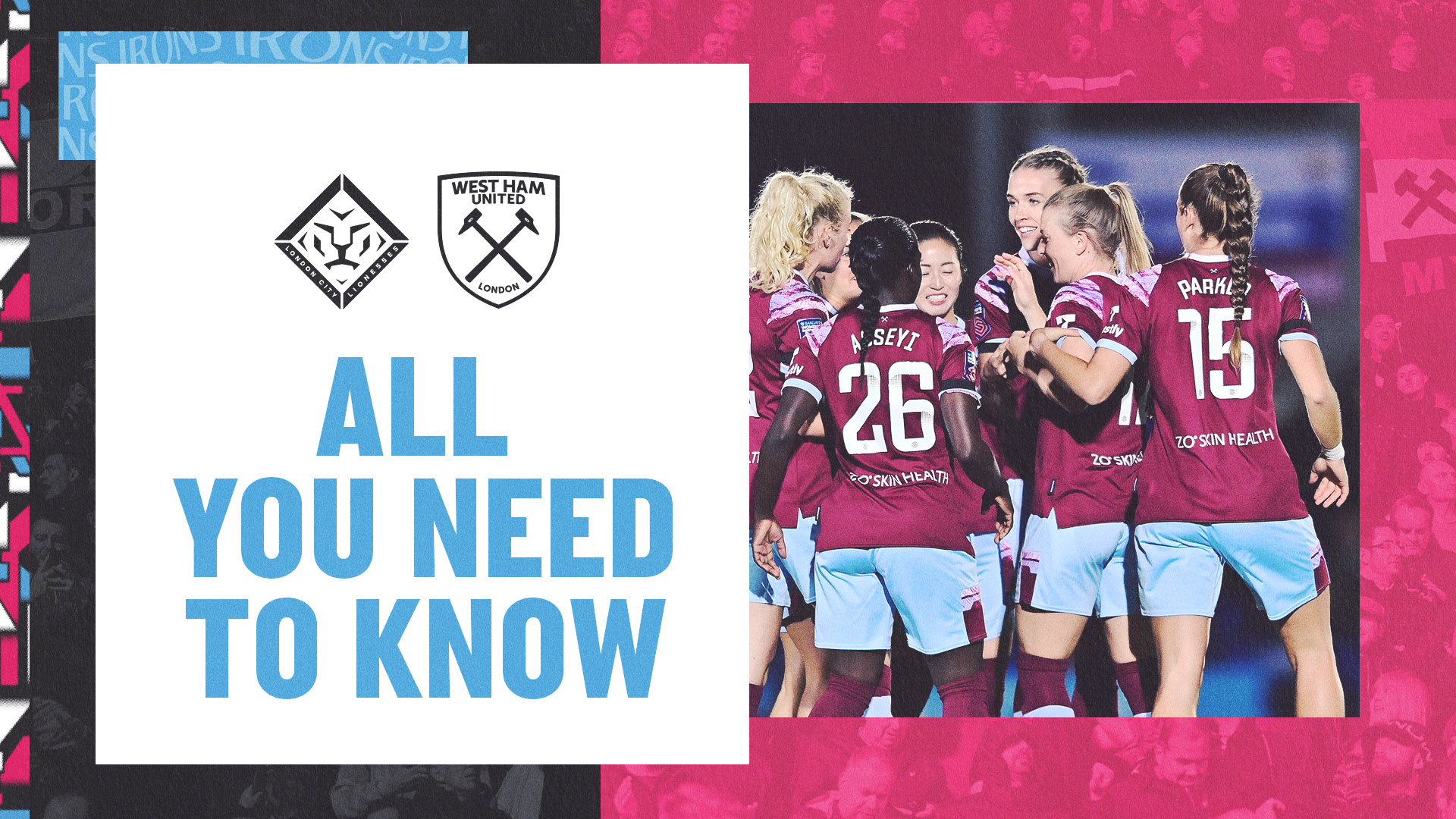 The Irons have been drawn in Group C against the same three teams that they faced in the competition last season – with Brighton & Hove Albion and Birmingham City once again being coming out of the hat alongside West Ham and London City.

There were no issues in navigating that group last time around, as West Ham finished top of the group without conceding a single goal in the group stage.

Paul Konchesky will hope that his side can find similar form in the competition this season after taking charge of the Hammers in the summer, starting with this weekend's tie with their Women's Championship opponents.

Here’s everything you need to know about the match.

Interested in heading down to Princes Park and supporting the Hammers away from home? Tickets can be purchased directly from the London City Lionesses official website.

Tickets are priced at £8 for Adults and £4 for Concessions.

The only way that you will be able to watch the match against London City Lionesses is by attending the match itself.

Alternatively, you can follow all of the action across our social media channels. We will also have highlights and exclusive reactions for you after the final whistle.

Paul Konchesky was given a big boost on Wednesday evening when he was able to name Denmark international Emma Snerle on his substitutes' bench against Chelsea in the Barclays Women's Super League.

Snerle may not have made it onto the pitch in the defeat to the Blues, but the midfielder is edging ever closer to be making her return after a five-month injury layoff.

Having already played two matches in the past week, Konchesky could decide to name a different starting XI and potentially give some of his younger players an opportunity.

If you are planning to travel by car to Princes Park, then click here for directions from our home ground, Chigwell Construction Stadium, to the home of London City Lionesses - and National League South club Dartford FC.

If you are looking to use public transport, then the closest rail station to Princes Park is Dartford, which is served by services operated by Southeastern and Thameslink.

The ground is a 15-20 minute walk away. Click here for directions. Alternatively, bus route Fastrack B runs between Dartford town centre and Princes Park, and back again after the game. Click here for timetables.

Supporters are advised to check their journeys before travel, with resources such as TfL's Journey Planner or the TfL Go app helping to plan your journey.

Supporters may also wish to visit the National Rail website to plan their journey if traveling on the rail network.

London City Lionesses were founded in May 2019 as an independent breakaway club from Millwall Lionesses. The transfer of Millwall's Championship licence was officially approved by the FA on 29 June 2019.

In their debut season under their new name, 2019/20, the Lionesses finished in fourth place on a Points Per Game basis, with the season curtailed due to the COVID-19 pandemic and subsequent lockdown.

American head coach Melissa Phillips guided the Club to a second-place finish in the Championship last season, accumulating 13 wins across the season as they amassed 41 points in total, eleven fewer champions Liverpool.

So far this season have won two of their opening four matches in the Championship, beating Durham and Charlton Athletic, as well as drawing with Lewes. Their only defeat so far came against Crystal Palace on the opening day, when they lost 1-0 at Princes Park.

The Dartford based outfit brought in six new signings this summer, including ex-West Ham full-back, Lois Joel. They were also able to tie down a total of seven players to new contracts for the season, including key players like Rianna Jarrett and Atlanta Primus.