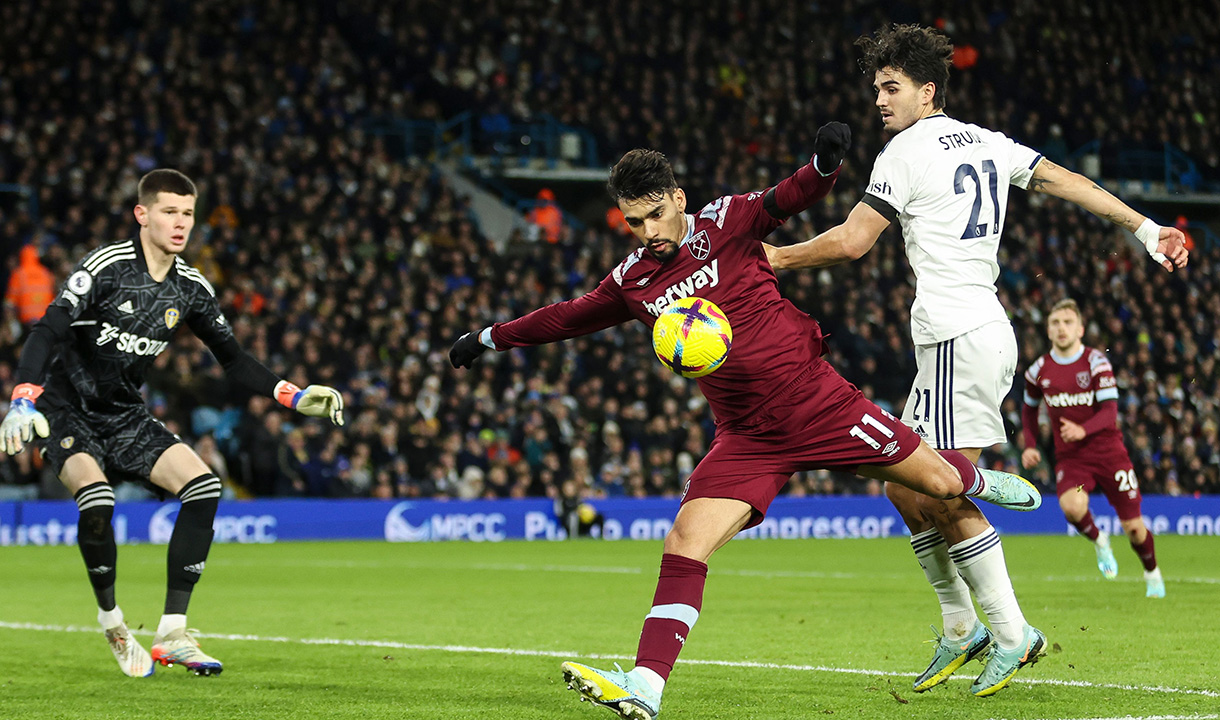 West Ham United claimed a share of the spoils to start the New Year after a frantic 2-2 draw away to Leeds United on Wednesday evening.

The day began with the sad news of David Gold's passing at the age of 86, and tributes were paid to the late Joint-Chairman and lifelong West Ham fan before kick-off at Elland Road.

When the action began, Wilfried Gnonto fired the home side ahead on 29 minutes with a low finish but the Irons battled back to level moments before half-time. Lucas Paquetá netted his first Irons goal from the penalty spot with an audacious no-look effort, after a VAR check ruled Jarrod Bowen had been fouled.

The Hammers took the lead just 42 seconds into the second half when Gianluca Scamacca scored his seventh goal of the season with a curling finish from distance.

But the visitors could only claim a point to kick-off 2023 as Leeds battled back themselves, scoring a 70th-minute equaliser through Rodrigo’s low strike, and it took a dramatic save from Łukasz Fabiański to deny the striker late on to earn the Londoners a point.

Played just hours after the sad news of the passing of beloved Joint-Chairman David Gold earlier on Wednesday, pre-match tributes were paid to the lifelong West Ham fan.

Flowers were left on his seat in the Directors Box while both Leeds and Hammers supporters shared a spontaneous applause in memory of David Gold, who was 86.

The early pressure fell West Ham’s way. Amidst a high press from the visitors, Leeds gave the ball straight to Gianluca Scamacca. The striker opted to delay his shot, seeing is blocked away.

Minutes later, Pablo Fornals won the Irons a corner, which was headed out as far as Paquetá. The Brazilian’s volley was fierce, but that was blocked too by the hosts.

Leeds took the lead just before the half-hour mark. Gnonto claimed possession deep in West Ham territory, played a quick exchange with Crysencio Summerville and found himself clear of the defence. The forward fired in low at the near post to put the home side a goal up.

Fabiański was forced to deny Gnonto his second just minutes later from a narrow angle, before Brenden Aaronson fired over.

At the other end, Vladimir Coufal tried his luck with a speculative effort from close to the halfway line. Illan Meslier, out of the Leeds area after clearing hurriedly, was scrambling, but the ball dropped narrowly over the bar and onto the roof of the net.

Tomáš Souček had the ball under the same crossbar and in the net on 41 minutes after good work from Bowen and Paquetá, only for the midfielder to be flagged offside, but the Irons found their equaliser before the half-time interval.

A quick, attacking move by the Irons saw Scamacca cross and Bowen brought down in the box by Pascal Struijk. While Fornals had missed from eight yards in the moments after the challenge, a VAR check by referee David Coote led to a penalty for the visitors. Up stepped Paquetá. From 12 yards, the Brazilian skipped and coolly placed in his first goal for West Ham United.

Just seconds following the restart, the Hammers took the lead.

Brenden Aaronson sloppily gave the ball away in the Leeds third, and Scamacca was only too happy to collect, turn and shoot. The forward, who celebrated his 24th birthday on New Year’s Day, found the net via the base of the post for his seventh goal of the season.

Paquetá and Fornals then went close to his second – and West Ham’s third – with efforts that went the wrong side of the near post – and Leeds would tie the match up again with their first real effort of the half.

Rodrigo exchanged passes with substitute Jack Harrison, before edging past a challenge from Declan Rice. The Spaniard fired in from the edge of the area and it was 2-2.

Neither side were content to settle for a point. Captain Rice tried his luck twice from distance. First, a powerful volley was over the cross-bar, before a curling effort was wide. At the other end, Rodrigo went close to a third before Liam Cooper skied a chance from close range after his initial header had been blocked by Michail Antonio.

In truth, it was the Peacocks who looked more likely to add a third goal and take all three points, but a phenomenal save by Fabiański deep into added time denied Rodrigo and Leeds the winner and ensured a share of the points for the Irons. 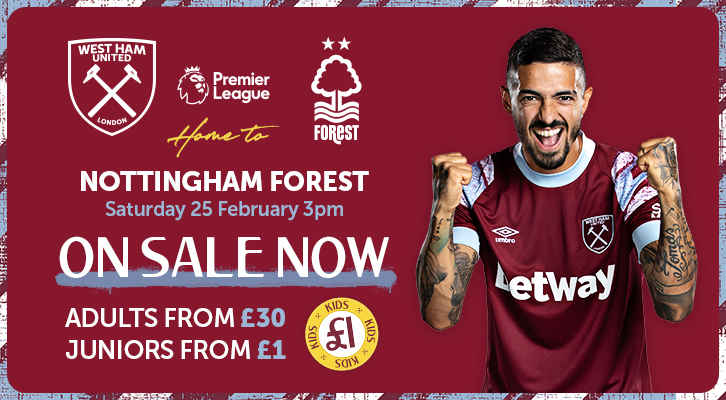