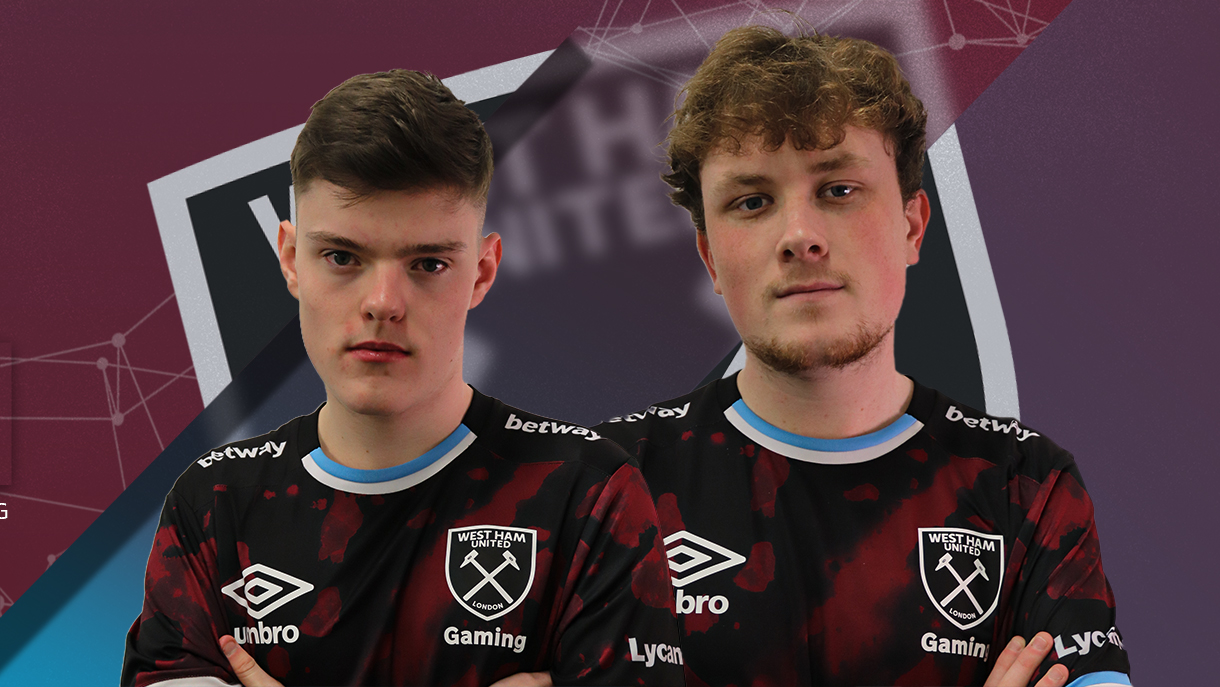 West Ham Gaming’s hopes of reaching the FIFA eClub World Cup for the first time in their history were ended in harsh fashion on Friday evening, as two penalty shoot-out defeats condemned them to elimination in round three of the qualifiers.

Such was the format of the qualification process, the Irons had to finish in the top two sides of their Division in round three – the penultimate round of games – to retain any chance of reaching the main event.

Yet despite performing well and not losing a match in either regulation or extra-time, two defeats from the spot put an end to their hopes of going up.

Having began their qualification campaign by winning promotion from Division 2 in the first round of games, a penalty shoot-out loss and a narrow defeat against the top-seeded sides condemned Alfie ‘AC RedLac’ Calder and Joseph ‘RoyalFunkyy’ Crown to relegation from Division 1 the following round.

But with all sides remaining in Division 2 set to be eliminated after the third round of fixtures, RedLac and RoyalFunkyy had to either win, or finish second in, Division 2 to stay alive in the competition.

And they got off to the perfect start in that quest on Thursday with a crushing 4-1 aggregate win over Danish side FC Midtjylland.

After winning the first leg 2-0, RedLac and RoyalFunkyy raced into a 2-1 lead in the second, causing their opponents to forfeit midway through the second half.

Paired with Norwegian club Apeks Esports – themselves on a high having been promoted from Division 3 the previous week – the Hammers’ duo found themselves on the wrong end of some impressive attacking FIFA, going 4-1 down early in the second leg.

Yet they rallied in spectacular fashion, taking their chances clinically to pull back to 4-4 by full-time; sadly, however, for the third consecutive time in their three-week qualification campaign, they would lose out on penalties.

Needing therefore to win their final game on Thursday, in the lucky losers’ bracket against Swedish team Örgryte IS, early frustrations got the better of RedLac and RoyalFunkyy as they suffered a closely-fought 2-0 defeat in the first leg.

Once more, however, the duo showed real character and quality, striking three times inside the first half of the second leg and – after being pulled back late on – going on to seal another dramatic 4-3 win after extra-time.

Into Friday they went, knowing that they were just two must-win ties away from promotion and staying in contention.

Danish club Aalborg were up next, but another defeat on penalties, after a closely-fought 2-2 draw in which they twice more came from behind, saw the Irons' hopes dashed as they remained in Division 2 - and were therefore eliminated from the Qualifiers.

The defeat was frustratingly the Irons’ fourth on penalties over the three rounds of qualifiers they participated in.

“Unfortunately we’re out of the eClub World Cup this year,” RedLac reflected, speaking to whufc.com. “It was another loss on penalties… when will that stop?

“We have the ePremier League on Saturday and Sunday. Hopefully we can advance out of the group stages and see where we can go from there.

“Maybe next year we’ll do it all again in the Club World Cup. Come on you Irons!”

RedLac will now prepare to represent the Club at the ePremier League Finals this weekend, which will also be broadcast live on West Ham Gaming.