The international break is not without its football as the 2021/22 ePremier League Grand Finals take place this Saturday and Sunday (26 and 27 March), live from Here East in Queen Elizabeth Olympic Park!

The grandest domestic competition in football gaming returns - in-person for the first time since 2018/19 - as a number of the world’s best EA SPORTS FIFA 22 players come together to compete for the title for their club.

Alfie 'AC RedLac' Calder and Tom 'TomSmithh7’ Smith will represent West Ham United at the fourth iteration of the event, bidding to claim a portion of a £100,000 prize pool - as well as spots in the FIFA 22 Global Series Play-offs.

The Xbox Series X|S and PlayStation5 players won through their respective online qualification Play-Offs last month, and will don Claret and Blue in front of millions of viewers at the prestigious event in search of FIFA 22 glory.

In a twist to the usual format, the duo will now team up to take part in a series of 1v1 matches - which comprise two-legged ties - against pairings from all other 19 Premier League clubs, with one player competing per console.

Drawn in Group A of the competition alongside representatives from Arsenal, Chelsea, Brentford and Brighton & Hove Albion, their group-stage matches will be shown on West Ham Gaming's Twitch channel between 11am and 10pm on Saturday (26 March).

The quarter-finals, semi-finals and final are then scheduled to take place on Sunday (27 March) between 11am and 8pm, with West Ham Gaming's Twitch, Twitter and Instagram channels set to provide comprehensive live coverage!

The finals will also be televised live in the UK by Sky Sports Premier League, with tournament action also shown across Premier League channels (YouTube, web, app, Twitter and Facebook) and around the world by the League’s international broadcast licensees. 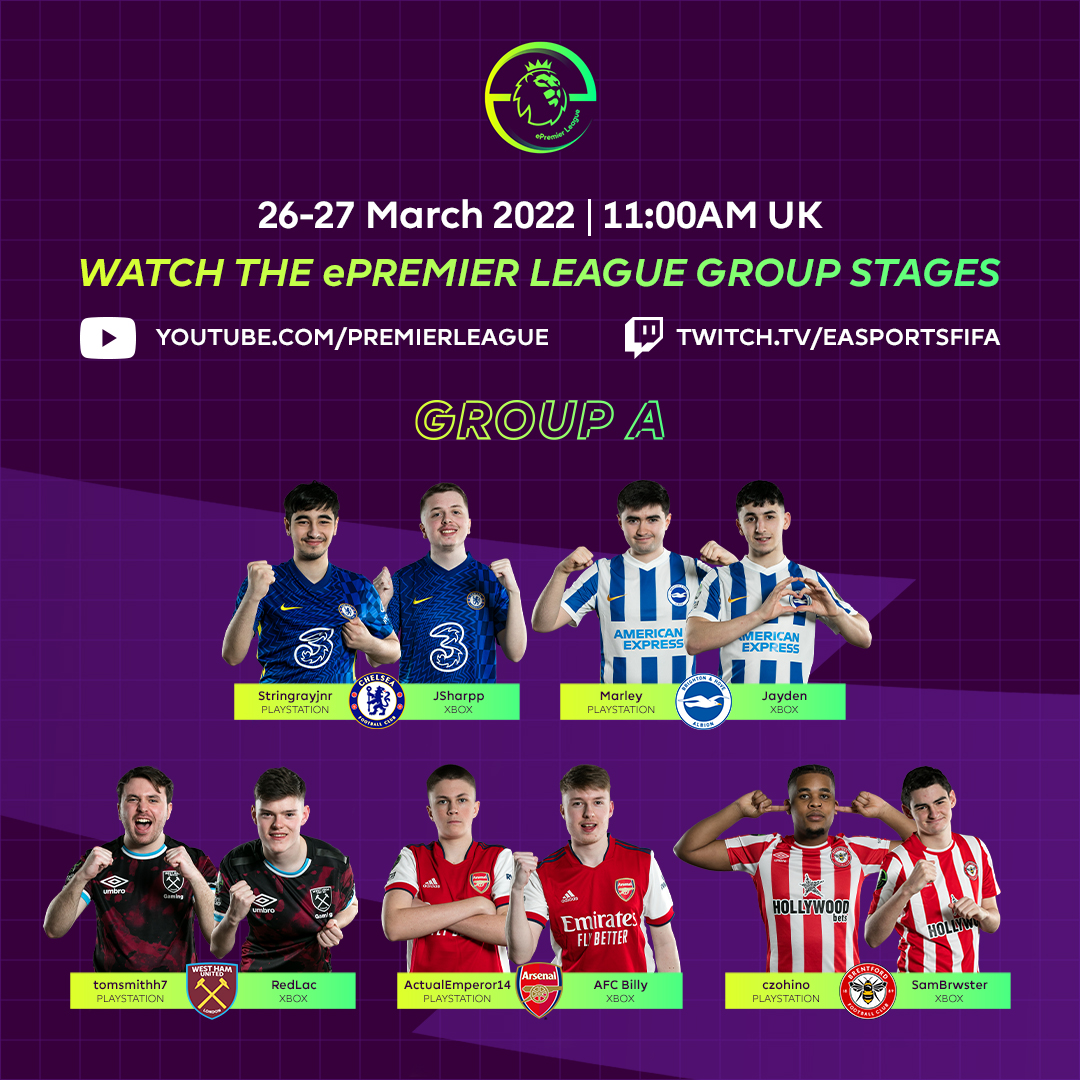 Clubs are split into four groups for Saturday’s matches, with the top two in each group progressing to Sunday’s knockout stages. The two victorious players in the overall final will win the honour of ePremier League champion for their club.

This year’s competition is the first ePremier League to be played on next-generation consoles, Playstation5 and Xbox Series X|S.

Having qualified for a second consecutive year, RedLac was unable to hold back his delight – and felt he had every chance of going all the way alongside his new teammate.

"I'm delighted to be repping West Ham for a second year in a row at the ePremier League Finals," RedLac told whufc.com.

"I'm looking forward to the chance to build on last year, and I truly believe that we can go all the way for the Club. Come on you Irons!"

"I was disappointed last year because I thought I had a really good chance of winning," TomSmithh smiled. "I’m just glad I was able to show what I’m capable of in the playoffs and come to represent my Club."