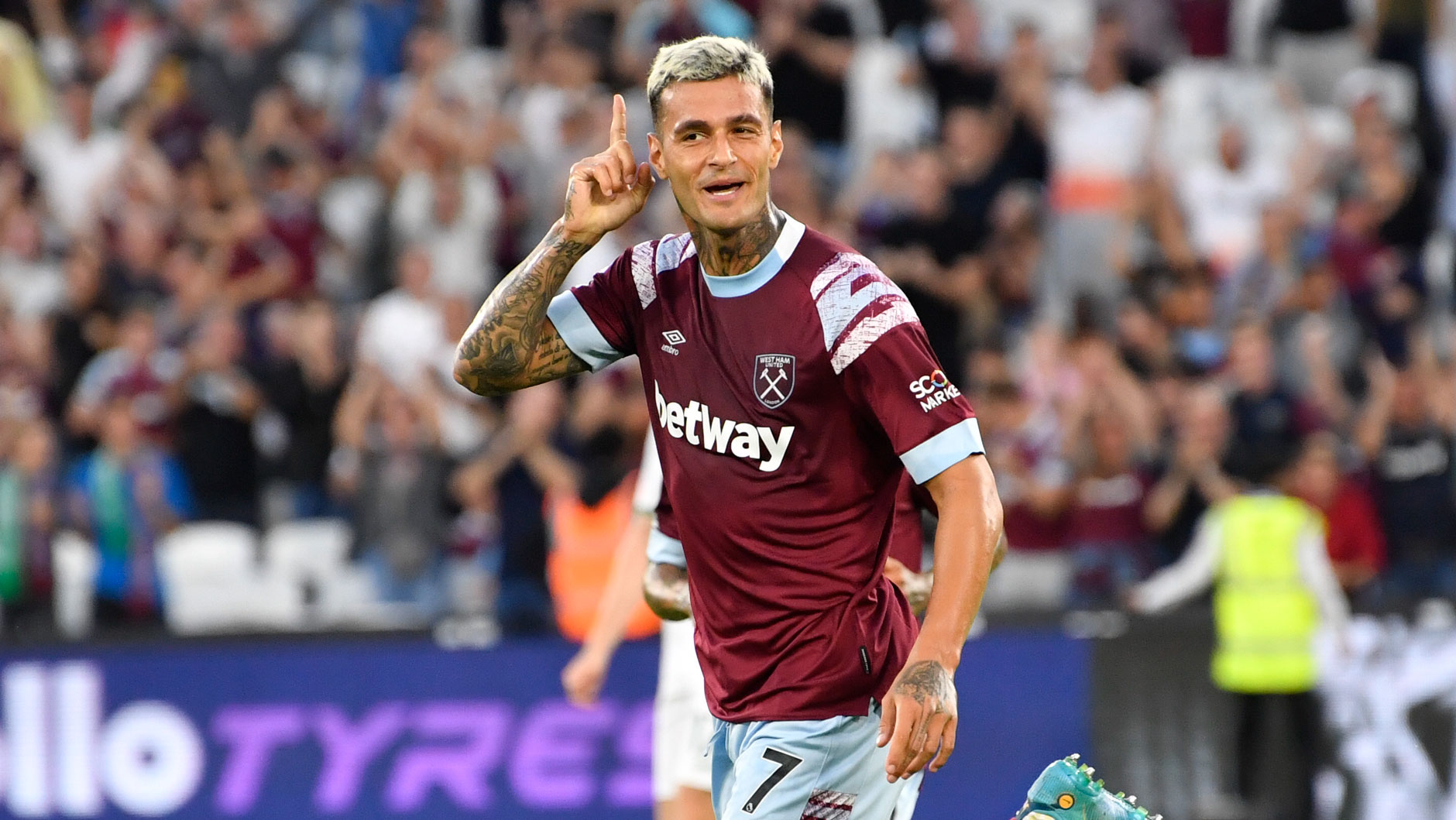 1. Gianluca gets his first goal for the Hammers

How was that for a full debut from Gianluca Scamacca?

Confident and powerful, the Italy striker played his part as the Hammers went close in the first half. His shot was blocked.

Scamacca though continued undeterred and netted his first goal for the Hammers just 23 minutes into his first start. After Maxwel Cornet provided a welcome assist, curling a cross to the back post, the new No7 rose high - very high - to powerfully head home the game’s opening goal.

He might have had a second too when he struck from distance but saw Lucas Lund palm his fierce effort away.

A goal on his first start will hopefully give Scamacca the confidence to open his Premier League account when Brighton visit the London Stadium on 21 August.

Let’s hope his opener against Viborg was the first of many in Claret and Blue!

2. The return of Angelo Ogbonna

It was good to see another Italian, Angelo Ogbonna, back in action, wasn't it?

The return of the 34-year-old added an extra spark to the first European night at the London Stadium this season.

The Hammers would go on to win 3-1 against Viborg FF, with Ogbonna’s experience key to ensuring a professional performance at the London Stadium.

It was the first time the Italy defender has appeared since November 2021 following a knee injury sustained in West Ham's 3-2 win over Liverpool, although he had featured in pre-season this summer and also for U21s earlier this campaign.

His seven years at Claret and Blue have been filled with many memorable moments. Not least, his famous header in the last minute of extra-time to secure West Ham a FA Cup win over Liverpool back at Upton Park in 2016.

Skippering the side on his return, he was heavily involved against the Danish visitors until he was replaced by new signing Thilo Kehrer after getting a crucial 60 minutes under his belt.

After being hugely frustrated in their Premier League fixture at Nottingham Forest on Sunday, West Ham United's forwards put that to one side and were clincial in the first leg of their UEFA Europa Conference League play-off.

After Gianluca Scamacca put the Hammers ahead on his full debut, two other forwards got involved. Tormenting defenders throughout with his pace and work-rate, Jarrod Bowen then found the net from distance with a fierce low drive that swept past Lucas Lund and into the bottom corner.

The attacking substitutes were similarly effective in front of the goal too. Saïd Benrahma and Michail Antonio combined effectively before the latter finished the move from close range to net West Ham’s third of the night.

Maxwel Cornet was also a bright outlet on his first start. An assist for Scamacca capped an impressive first debut at the London Stadium, and he might have extended the Hammers’ lead late on when his volley was well saved by Lund.

4. The Academy of Football shines once more…

There was a lot of action for a host of Academy graduates against Viborg.

In his first European appearance, Conor Coventry sat in front of the back-four and provided a welcome resistance to the visitors' counter-attacks. He recycled the ball expertly and dropped to link the play with ease.

Young defender Harrison Ashby also provided a welcome outlet down the right and went close midway through the second half. Urged on by the crowd, Ashby let fly from long range and saw his dipping effort tipped over the bar by Lund.

Meanwhile, Ben Johnson again impressed at centre-half. The defender's versatility was once again on show, as he proved he is more than capable of playing in a variety of positions across the back line.

In a busy summer window, Germany international Thilo Kehrer became our sixth signing of the window and made his debut off the bench, replacing Angelo Ogbonna in the 66th minute.

Aside from a number of defensive involvements, the new No24 showed his quality on the ball in the closing moments. Kehrer played a whipped past to Saïd Benhrama to kickstart the move for the Hammers' third of the night. Of note was the weight and accuracy of his pass which allowed the Algerian winger the opportunity to drop his shoulder,  race past his man and tee-up Michail Antonio, who restored the two-goal cushion from close range.