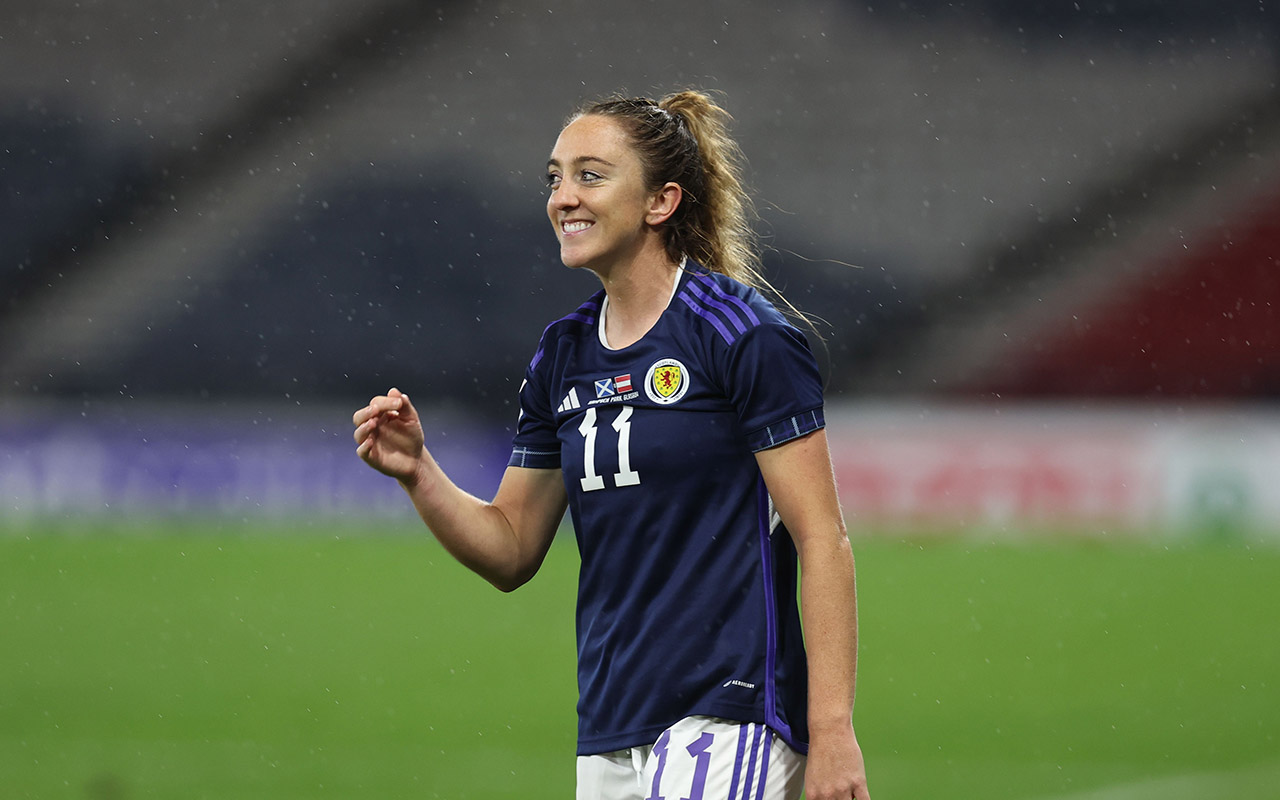 Evans and Scotland on the verge of World Cup qualification

Lisa Evans and Scotland took a big step forward to securing qualification for the FIFA 2023 Women’s World Cup on Thursday evening, as they beat Austria 1-0 in their playoff first round match.

Abi Harrison scored the only goal of the match in the second half of extra time, stooping low to head in a corner from Erin Cuthbert.

Evans played the full 120 minutes at Hampden Park, and she and her team-mates now look forward to the final showdown against the Republic of Ireland on Tuesday 11 October, which will see the victor book their place at next summer’s World Cup.

Scotland are looking to qualify for their third major tournament, having appeared at the 2017 European Championship in the Netherlands and the 2019 FIFA World Cup in France.

Elsewhere, Risa Shimizu and Honoka Hayashi secured minutes for Japan in their 2-0 victory over Nigeria in Kobe.

Mina Tanaka scored twice in four minutes at Misaki Park Stadium to secure the win in Japan’s first of two friendly matches during this international break.

Shimizu lined up from the start for Nadeshiko, and was replaced at half-time, whilst Hayashi came off the bench at the interval, helping the team score twice in the second period.

Japan face New Zealand on Sunday 9 October at the Nagano U Stadium in Nagano in their final match of the break.

The visitors took the lead after 14 minutes of the game, when Emma Good slotted home at the far post following a cross from the left.

And Norway doubled their advantage four minutes later when Olaug Tvedten did well to fashion some space before curling a shot from just outside the area to give Emily Ramsey no chance.

The Young Lionesses face Sweden in Falkenbeurg on Monday 10 October in their next match.