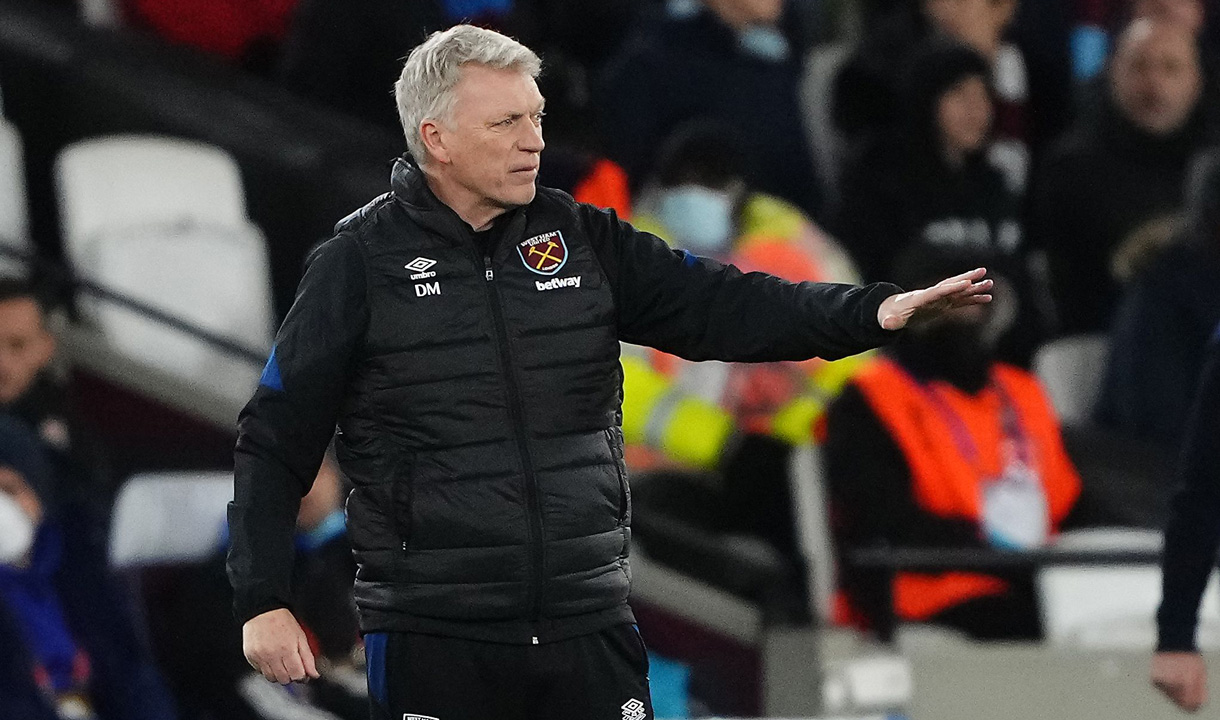 David Moyes: The young players came out with the most credit

David Moyes told West Ham TV he was ‘thrilled’ to see his team top their group and progress directly to the round of 16 in their debut UEFA Europa League campaign.

With a place in the knockout stages already secured, Moyes was able to use Thursday’s sixth and final group-stage tie at home to Dinamo to blood no fewer than seven of the Club’s promising Academy of Football prospects, handing starts to U23s regulars Ajibola Alese, Jamal Baptiste, Harrison Ashby, Emmanuel Longelo and Sonny Perkins and debuts from the substitutes’ bench to Freddie Potts and Keenan Forson.

Despite falling behind to Mislav Oršić’s deflected long-range strike inside three minutes and Dinamo hanging on for a narrow 1-0 victory in east London, the youngsters applied themselves well, earning credit from their manager.

West Ham now take a break from European competition until March but, with a busy period of matches across three domestic competitions to fill the diary over the coming weeks and months, Moyes says none of his players, young or old, can afford to take their eyes off the ball.

But there were reasons for that that everybody’s aware of and I think young players did OK. I think the young players were the ones who came out with the most credit tonight.

It’s great for the Academy because over the years West Ham have always produced players.

What these players need to do now is use tonight as a stepping-stone to see if they can step up to the next level, which is pushing the first-team players and challenging them.

When their opportunities come, they’ve got to take them in the first team.

I don’t know if their goal was a moment of quality or if it was a bit lucky.

I thought it was just really good that the boys came back and we settled after that, and let’s just remember that they’re a decent team and Croatian champions.

They were in the Champions League qualifiers earlier in the season and we were putting out five or six young players against them, so I’ve got to put it in perspective.

I’ve been thrilled with how we’ve done in Europe. It’s been so good and I really am pleased because I wasn’t sure how it was going to go.

I think now we’re just beginning to get into it and we want to be in European football next season again if we can.

The aim is to try and get better at it as we go along. We know the next round is going to be much more difficult and much harder, but hopefully we’ll be ready come March and we look forward to the next round.

There are some potentially exciting challenges ahead in Europe, but we’ve got an awful lot of football to play before we get to that point.

But it’s exciting and the supporters will be coming here in March against hopefully a good opponent and what we want to do is make the quarter-finals, so that’s the next task.