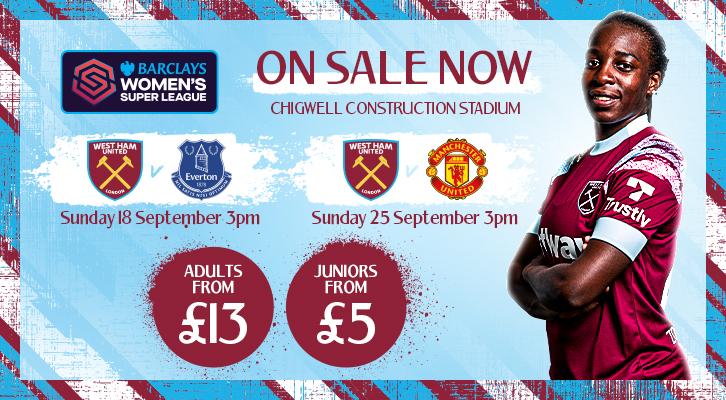 Be there for the West Ham United Women’s first two home matches of the new Barclays Women’s Super League season.

The Irons are back at the Chigwell Construction Stadium, taking on Everton on Sunday 18 September, and Manchester United on Sunday 25 September - with both matches kicking off at 3pm!

Former West Ham United full-back, Paul Konchesky is at the helm as he looks to build on last season’s sixth place finish in the top division.

The Hammers have recruited a number of exciting talents ahead of the upcoming campaign, including French international, Viviane Asseyi who joined the Club from Bayern Munich.

Ticket prices for these matches start from just £13 for Adults and £5 for concessions!

Alternatively, season tickets are still available to purchase to watch Konchesky’s side in action across the 2022/23 campaign – call our ticket office on 0333 030 1966 to enquire about purchasing a season ticket!