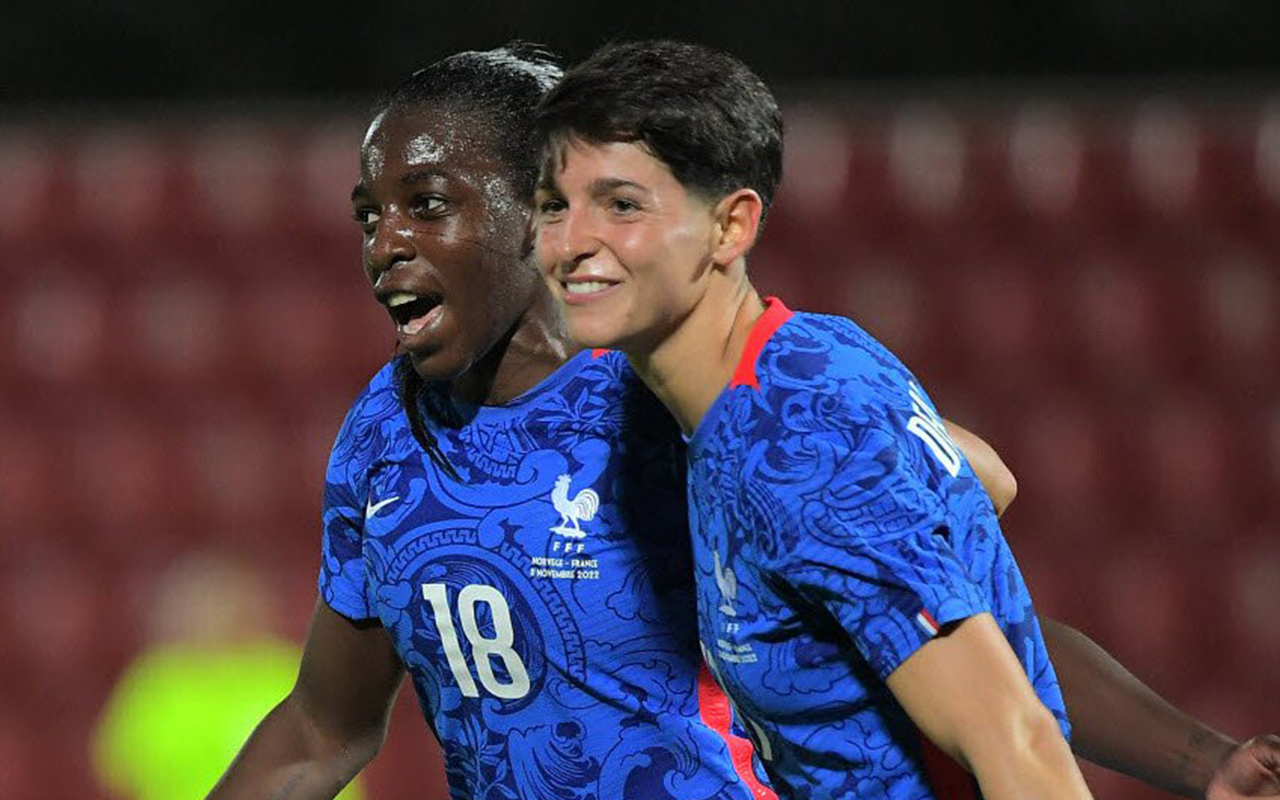 Viviane Asseyi scored as France beat Norway in their only friendly match of the November international break.

Asseyi came off the bench to score the winner at the Estadi Olimpic Camilo Cano La Nucia, heading the ball home with seven minutes of normal time remaining after former Hammer, Kenza Dali had whipped a corner into the area.

Kadidiatou Diani had got Les Bleues off to the best possible start with 22 minutes gone, but AS Roma midfielder, Sophie Homan Haug scored a leveller only ten minutes later.

However, Asseyi score the decisive goal, continuing with her good form in front of goal, having scored a brace for the Hammers in a 4-5 defeat to Brighton & Hove Albion on the eve of the international break.

Kirsty Smith played the full 90 minutes as she earned her 47th cap in Scotland's 2-0 victory over Panama at Chapin Stadium in Cadiz. Bristol City’s Abi Harrison stabbed home a cross from Smith to give Scotland the lead at the break, before 21-year-old defender Jenna Clark scored her first goal for her country after half-time.

Scotland face Venezuela in their second match of the break on Monday (14 November).

Everton forward, Jess Park scored 79 seconds into her debut to score the fourth and final goal, after Chloe Kelly, Rachel Daly and Ella Toone had already got the Three Lions well ahead.

Honoka Hayashi was an unused substitute in the defeat and will hope to feature when Japan take on Spain on Tuesday (15 November).

Finally, Izzy Atkinson started for the Republic of Ireland in a behind-closed-doors game against Morocco. The match finished 2-2, but due to the game being played behind-closed-doors, there is no other information available about the match.

The two teams face off against one another in a full international friendly match on Monday (14 November).