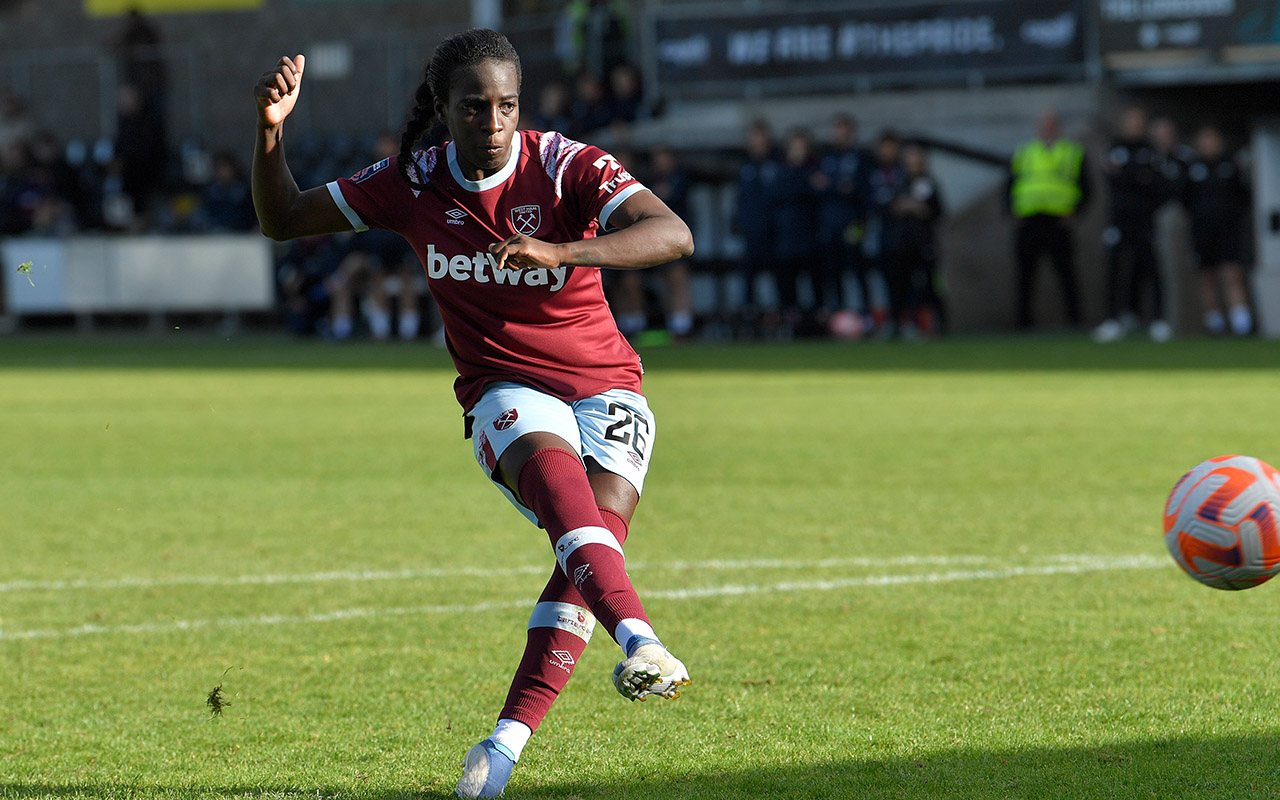 Asseyi: I'm so happy to score my first goal for West Ham United

Viviane Asseyi was delighted to score her first goal for West Ham United in their 2-2 draw with London City Lionesses.

The Hammers came from two goals down to earn two points against the Dartford based outfit in their opening Continental Tyres League Cup group stage match, having clinched a bonus point for winning the penalty shootout after normal time.

Asseyi’s goal arrived on 65 minutes and was created by substitutes Lisa Evans and Thea Kyvåg, with the latter putting a dangerous ball into the area for the French international to nod home.

The forward was pleased that her side were able to get back into the game, an earn an extra point by winning the shootout.

“It was good that we were able to come back from the losing position,” Asseyi told whufc.com at the full-time whistle.

“It was very long game, and we know parts of our performance were not perfect, but we take these points and move forward now.”

The 28-year-old forward has looked lively in all of the last three games, constantly pressing from the front and being a threat for the team on the counterattack.

And against the Championship outfit,  she got her reward for her hard work, getting off the mark for her new team, and she was pleased to do so.

“I’m happy to score because it has been a long time coming, but I was happier about the fact that it was a goal that got us back into the match.

“I’m a striker, and I want to score plenty of goals, so I’m hoping that this is the first of many for me at this Club.

“We started playing a lot better after the goal went in. We know that there are plenty of things that we can improve on from today’s performance.”

Plenty of the team will now jet off to represent their respective countries on the international stage, and Asseyi found out during the clash with London City Lionesses that she had been called up to the French National team for their friendly matches against Germany and Sweden.

The forward was last called up in April of this year and is pleased to be back in the national team setup.

“I found out after the game – I’m so happy, and I think I’ve been recalled because of my performances with West Ham. I’m happy today after a tough game to get this news.

“The games will be tough, but it will be nice to be back in the team and I’m looking forward to it,” Asseyi concluded.