Emmanuel Longelo: Papa John’s Trophy games are a test for the future

Emmanuel Longelo is looking forward to the opportunity to test himself against senior opposition in a competitive setting once more, when West Ham United U21s travel to Ipswich Town on Tuesday evening.

After making his first-team debut in the Carabao Cup third round last season, the 20-year-old left-back enjoyed a fruitful campaign at development squad level and put pen-to-paper on a new contract at the end of 2020/21.

But Longelo admitted to particularly relishing the kind of test that the Papa John’s Trophy provides in the Academy calendar: the chance to battle against, and learn from, senior players.

And with a group stage opener at Portman Road to look forward to on Tuesday evening – against a well-stocked League One team under the stewardship of Paul Cook – Longelo can’t wait to see how the game progresses him and his teammates.

“It’s a good competition because you get to gain experience playing against men,” Longelo told whufc.com.

“They play in the Football League and have stuff like win bonuses to play for. It’s a bonus in our fixtures for us to put ourselves up against them, and see if we’re ready for that type of task in the future.

“We all want to be playing men’s football one day. If you’re good enough, you’re old enough, so that’s what we want to see on Tuesday.”

The Hammers were certainly good enough when they travelled to a much-fancied Leeds United team on Saturday, and only missed out on three points in Premier League 2 after the awarding of a controversial penalty late on.

Two ever-pressing sides went toe-to-toe for every loose ball at Thorp Arch Training Ground in a high-tempo, high-energy and high-intensity encounter which required every player to dig deep.

In the end, a 2-2 draw was perhaps a fair reflection on proceedings, but Longelo was delighted that his team came back from the September international break with such vigour and verve.

“We gave it everything against Leeds,” he admitted. “Right from the start I thought we were very intense.

“It’s something we’d been working on in training all week and it was good to put it into practice in the game – it worked well for us.

“Unfortunately we didn’t get the goal in the first half, but it was a good start, gave us something to build on and was something our manager was pleased with as well.

“We were playing a top side in Leeds. I wouldn’t be surprised if they finished in the top few teams because they work really hard and are a very physical and fit team, but we gave them a good battle.

“We’re just happy to be back together as a team. A few of the guys went away on international break and it’s been good to get them back in.

“Everyone just wants to play and show how good we are as individuals and as a team too.”

West Ham United U21s’ match against Ipswich Town kicks off at Portman Road at 7.45pm on Tuesday 14 September.  Away tickets are available to purchase in Blocks V1/V2 via the Ipswich Town website and are priced at £10 for adults, £5 for seniors/U23 and £3 for U19.

Please note that tickets are only available online and in advance of kick-off - there will be no sales on the gate.

You can also follow proceedings with our live blog on whufc.com from 7.15pm. 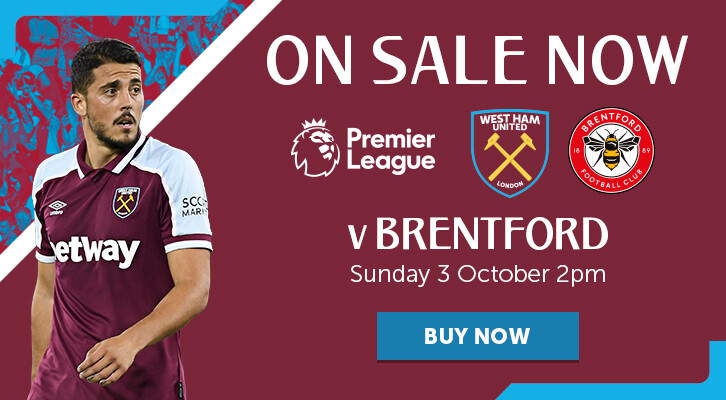