Renew your Season Ticket now to cheer on David Moyes’ Claret and Blue Army in the 2021/22 season!

Time is running out to renew your West Ham United Season Ticket for the 2021/22 Premier League campaign with the renewal window closing at 5pm on Monday 14 June!

With Hammers supporters renewing in huge numbers following a successful 2020/21 campaign, you need to act now make sure you secure your seat ahead of the deadline.

And with the new Premier League campaign starting on 14 August, David Moyes having signed a new long-term contract, and the UEFA Europa League group stage to look forward to, the Hammers will look to build on a thrilling 2020/21 campaign.

Supporters can renew their Season Ticket online at eticketing.co.uk by signing into their West Ham United account or by calling the Ticket Office on 0333 030 1966.

Ticket Office phone lines will be open across the weekend, 9am-5pm on Saturday and 10am-2pm on Sunday, giving supporters the chance to renew ahead of Monday's deadline

And with Season Ticket prices frozen yet again across all bands, confirming West Ham United as London’s home of affordable family football in the Premier League, everyone associated with the Club cannot wait to see supporters back in the stands, singing ‘Bubbles’ and cheering their team on.

As always, being a Season Ticket Holder is by far the most affordable way to watch the Hammers in action, especially following the confirmation of a second consecutive price freeze for the 2020/21 season. It also gives supporters the opportunity, subject to Government COVID-19 guidelines, to never miss a home Premier League match and get priority on home cup matches and away Premier League cup matches, along with a host of other discounts and benefits.

Those supporters who opted to take their 2020/21 refunds in Club Cash have benefited from an additional 10% Club Cash bonus, which can be offset against the cost of their 2021/22 Season Ticket, making it even more affordable for supporters.

For supporters who would like to spread their payments out, the Club’s partner V12 Season Ticket Finance is providing an option to divide the cost of your Season Ticket across either four months. The deadline for four-month applications is also Monday 14 June at 5pm. 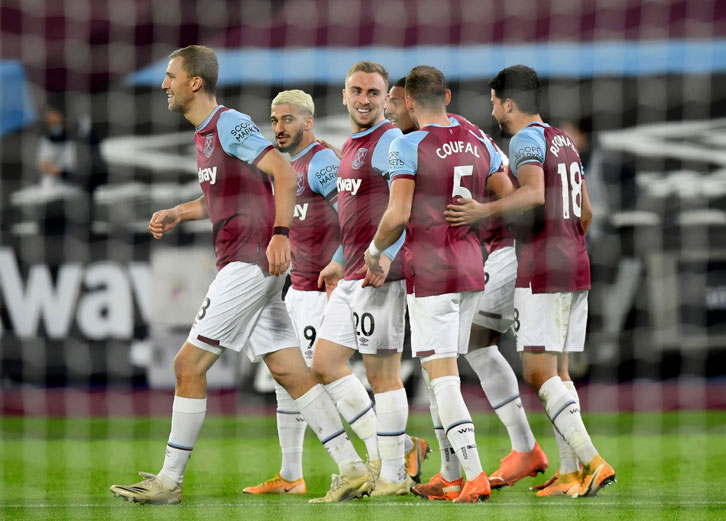 The Club understands that the ongoing pandemic means some Season Ticket Holders might not feel ready to return to London Stadium just yet, and is therefore offering the opportunity for those aged over 70 or categorised by the Government as ‘clinically vulnerable’ to defer their Season Ticket for one season until 2022/23 at no cost.

We also understand Season Ticket holders may require a bit more time to make their decision this season, so to allow this, the Club has extended the renewals window for a longer period than usual, until 14 June.

After the renewals window closes, seats not renewed by existing Season Ticket holders will be released and made available to supporters who have been waiting patiently on the current Season Ticket Waiting List, with those who have already opted to take their opportunity for the 2021/2022 season given first choice of seats.

Looking forward, and in response to supporter feedback, a new and improved Priority List will be launched, giving any supporter interested in becoming a Season Ticket Holder in future seasons the ability to track their progress as they move closer to the top of the list through a dedicated online portal.

West Ham United is also delighted to confirm that Club London hospitality prices will be frozen for the 2021/22 season. Since Members were last able to be welcomed to London Stadium, the dedicated Club London team have been working hard to make changes to the matchday catering options and can’t wait for supporters to enjoy them. Account managers will be personally contacting Club London Members to discuss options for the new campaign.

If you’d like to learn more about enhancing your matchday, from early access to the ground, premium food and drink options or exclusive pre-match Q&As with Club legends. Contact the Club London team now on 0208 114 2442 or via [email protected]

West Ham United women Season Ticket Holders’ seats have been reserved for them at Dagenham & Redbridge Stadium. To secure this seat, please go online to your West Ham Account now. Should you wish to discuss any ticketing requirements, or purchase additional tickets for friends and family, please call the Ticket Office on 0333 030 1966.