It was a special night in east London.

60,000 Hammers returned to London Stadium for Monday night's visit of Leicester City and were given a real treat.

West Ham United were in rampant form to sweep to the 4-1 victory that sent them to the top of the Premier League table.

Michail Antonio's two goals made him the sole holder of the Club's all-time Premier League goalscoring record, and the Claret & Blue Army were united in praise for him...

I LOVE FOOTBALL, I LOVE SCORING GOALS, I LOVE MAKING HISTORY, I LOVE THIS TEAM AND I LOVE EVERYONE WHO HELPED ME GET TO WHERE I AM TODAY ??⚽️⚒ #49NotOut pic.twitter.com/OJLndy26MV

2 - Michail Antonio and Saïd Benrahma last night became the first players in @premierleague history to both score and assist a goal in both of their side's first two games of a campaign. Hammertime. pic.twitter.com/hB1M4jyDAT

Michail Antonio, what a man. Officially now the top Premier League goal scorer for @WestHam. Amazing servant to the club with plenty still to come.

The atmosphere inside London Stadium was amazing...

⚒ What an atmosphere at the London Stadium from West Ham fans! pic.twitter.com/VHXiqJ5gum

What a night @WestHam atmosphere was electric and the team really performed, oh and @Michailantonio only become our all time prem top goal scorer, top performance and well deserved @Michailantonio ⚒⚒⚒⚒ pic.twitter.com/LkUQmVpGe9

This pretty much summed up the feeling around the game...

That’s the West Ham we know and love. An entertaining, high intensity, spirited group that want to play for the shirt. David Moyes is slowly building very special things at this football club.

These former Hammers are loving life...

Great win today for @WestHam, we are massive. Also Big Congratulations to @Michailantonio on your achievement. Lots more to come too ??????⚒⚒⚒

I could get to like this! A huge well done to all the lads at @WestHam, great start to the season. Fantastic. #COYI pic.twitter.com/YSRKIcFJoo

That was sensational @WestHam ⚒❤️??? pic.twitter.com/JjCZLgeZPc

And the players were thrilled to be able to perform in front of the passionate Claret & Blue Army once again...

To play for you it is pleasure for me ?⚒ pic.twitter.com/h3CiIs9cZd

And we'll just leave this here for you to enjoy... 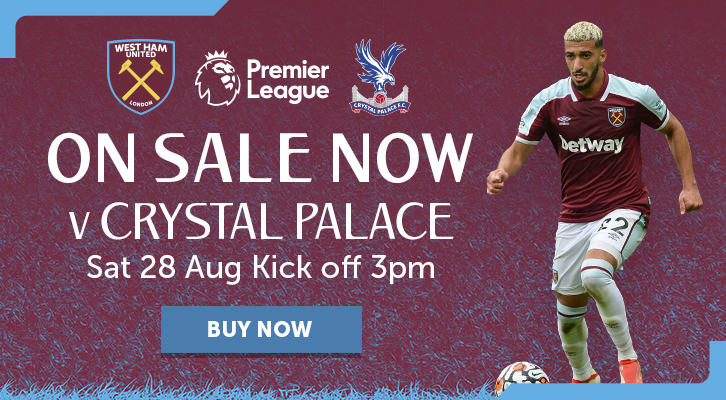