Michail Antonio: A packed London Stadium will give us an extra 20 per cent

West Ham United will play host to a capacity crowd for the first time in 18 months when Leicester City visit east London on Monday night – and Michail Antonio cannot wait.

Antonio equalled the Club’s Premier League goalscoring record when he notched his 47th goal in the competition in Claret & Blue at Newcastle United last weekend.

Now he wants to break that record in front of the Claret & Blue Army to ensure his – and the team’s – fine start to the season continues.

The Hammers carried on from where they left off last term in defeating the Magpies 4-2 and are understandably confident heading into their clash with the Foxes.

“Every time I go out onto the pitch the fans are singing my name and it gives you that extra 20 per cent to push on and keep fighting,” he explained.

“People say that the pace of the matches when the fans weren’t around was lower, but with fans there it raises the speed.

“Having 60,000 there on Monday is going to be amazing. Football is not the same without the fans. Fans are football and playing a year-and-a-half without them has been very weird.

“I can’t wait to have them back and hopefully we can get three points in front of them.”

Having 60,000 there on Monday is going to be amazing. Football is not the same without the fans.

Antonio hit double figures in goals for the second season in a row last term, so was thrilled to kick-off this campaign in the perfect manner by notching at St James’ Park too.

Being able to score in front of a crowd made it even more special for the No9.

“It was amazing, especially as I had missed a couple of opportunities before,” he continued. “I wanted to start the season off well by getting a goal, so when it hit the net you could see the passion in my face and the relief of scoring the goal.

“It just felt right scoring in front of the fans again. There’s no better feeling than scoring the goal and hearing the fans roar.

“Getting that record is unbelievable and something I never thought I’d achieve when I first came here. Being joint-top Premier League goalscorer in the club’s history – I didn’t pay any attention to those kind of records – but to actually achieve it now and put my name in history is amazing.

“Now I need to score a lot of goals so nobody can catch me!” 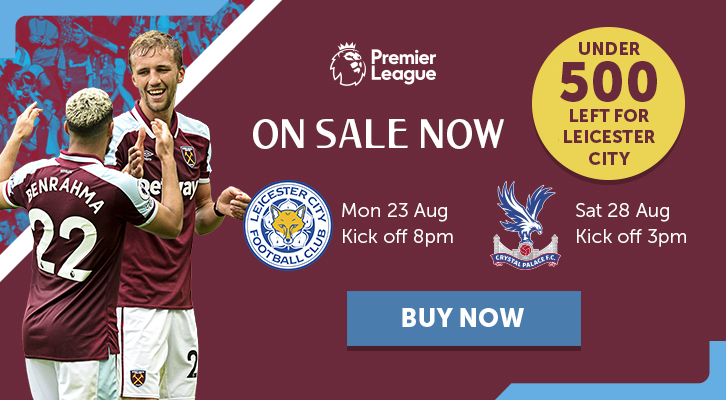