Yet those three aspects fall hand-in-hand with an equally vital component to any successful pre-season campaign: building confidence.

West Ham United U23s certainly played with plenty of that in their opening pre-season friendly: a 4-1 win over Loughborough University at the University Stadium on Saturday afternoon.

And that conviction was perhaps largely a product of not only the week-long training camp in Loughborough the Academy players had undergone prior to kick-off, but also the exciting technical potential on show.

At the heart of that offensively were two new Hammers, Armstrong Oko-Flex and Thierry Nevers, who recently made the switch to east London from Celtic and Reading respectively.

Playing with all these guys was fun, it was a good game and I feel like everyone expressed themselves and did well

Diallo opened the scoring with a fine solo goal two minutes into the match, before Oko-Flex scored from the penalty spot 15 minutes later, having been fouled entering the area after exchanging passes with Diallo.

Oko-Flex would later the back of the net again – ruled out for offside – but the Republic of Ireland U19s forward admitted to enjoying his first appearance in Claret and Blue.

“It was really fun,” the 19-year-old told whufc.com. “It was good to get out there and play my first game of pre-season for West Ham.

“It was good for me to get some minutes on the pitch. It’s been a long time personally since I’ve had some minutes, so it was good to get 70 playing with a new team.

“It was easy to come into the team. I’ve known Amadou since we were young, so our link-up was good. Thierry and I both came in at the same time and we live in Academy digs together, so we speak often and know how each other play.

“Overall, playing with all these guys was fun, it was a good game and I feel like everyone expressed themselves and did well.”

Dublin-born forward Oko-Flex first moved to London as an eleven-year-old, joining Arsenal after being recommended by former Gunners, Hammers and Republic of Ireland midfielder Liam Brady.

He later joined Celtic in the summer of 2018, being named in his first senior matchday squad as a 16-year-old and making his senior debut in January of this year.

Now, the skilful Oko-Flex - who took on the captain's armband on Saturday after Emmanuel Longelo was substituted through injury - is looking to throw himself into the young Hammers’ busy pre-season fixture programme and start 2021/22 with a bang.

He explained: “Saturday was a good start. We actually came back two weeks earlier than most teams,to work on our fitness, so we all felt good out there against Loughborough.

“Usually, in first games of pre-season, you try to get 45 minutes, but most of us got 60 or 70 minutes. We felt strong and fit.

“Loughborough were also a strong, physical side, and a good test, but we showed our fitness levels and we just want to keep building up that pre-season form.

“Gaining more fitness is what pre-season is all about – getting sharper, getting fitter. Personally, I want to get as fit as I can get, keep scoring goals, keep creating chances and help the team keep winning as we build up to the new season.” 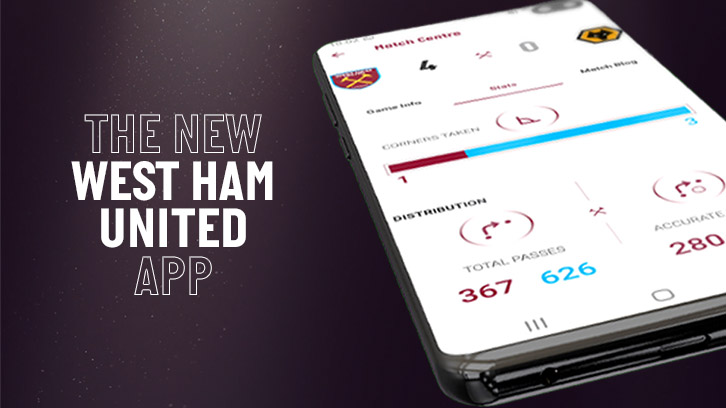