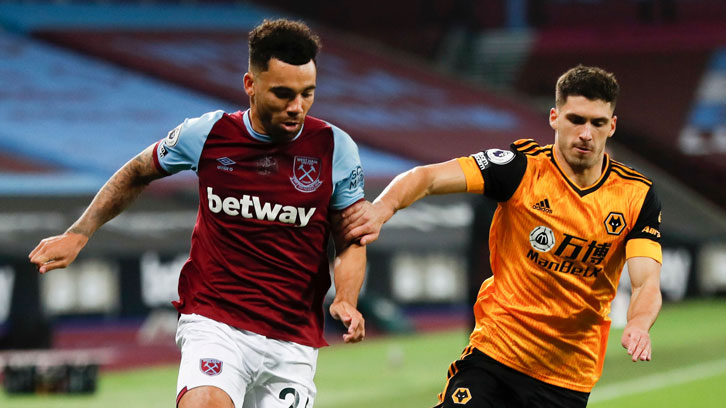 West Ham United can confirm that Ryan Fredericks has sustained a low-grade muscle injury to his left hamstring.

The full-back suffered the injury early in the second half of Sunday’s 4-0 Premier League win over Wolverhampton Wanderers at London Stadium and was immediately substituted.

Fredericks underwent a scan on Monday, which confirmed the initial diagnosis.

“Ryan felt discomfort in his left hamstring while supporting an attack during Sunday’s win and was unable to carry on,” Head of Medical Richard Collinge confirmed.

“He underwent a preliminary examination on Sunday evening before undergoing a scan at hospital on Monday afternoon. The results of that scan confirmed our initial prognosis and he has already begun a programme of rehabilitation.

“Should everything go to plan, we hope Ryan will be available for selection again after the October international break.”

Everyone at West Ham United wishes Ryan a full and timely recovery and looks forward to welcoming him back soon.