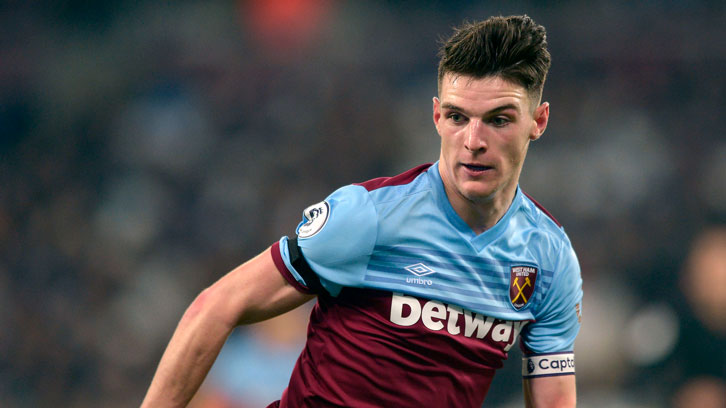 Declan Rice has set his sights on wearing the West Ham United captain’s armband ‘one day’, but insists helping the Hammers secure Premier League safety is his immediate concern.

The 21-year-old has already skippered the Hammers on one occasion, leading the team during the Premier League fixture with Leicester City at London Stadium in December.

And, having previously captained the U23s and U18s during his formative years at the Academy of Football, Rice’s leadership qualities have been evident since he was a schoolboy player.

When asked by West Ham legend Tony Cottee if he would like to lead the team on a regular basis in the future during an interview for Premier League Productions, the England international replied that he would, but is not about to demand the armband from his current skipper, central midfield partner and long-time mentor Mark Noble!

I need to get more experience and improve my leadership abilities, but for sure I can see myself captaining [West Ham] one day

“Yes, but it’s a tough one because Nobes has obviously done so well and you don’t know how long he’ll go on for!” he smiled, referring to the 32-year-old’s amazing resilience and longevity.

“I had the honour of having the captain’s armband this season and it felt really special, but I felt the pressure of it! Leading the team out with the armband on was so, so special and something I’d never have dreamed of as a kid.

“One day, I’d love to be captain and that’s where I’ve got to set my standards at. I think I’m capable of doing that, so I just think I need to get more experience and improve my leadership abilities, but for sure I can see myself captaining [West Ham] one day.”

"One day I would love to be captain"

But before he can think about succeeding Noble, Rice’s focus is on helping the Hammers climb away from the bottom three and securing their place in the Premier League for next season.

The No41 and his teammates have been in improved form in recent weeks, but their performances have not been rewarded with points, as individual mistakes and missed opportunities saw the Irons lose out narrowly at Liverpool and Arsenal.

With Wolverhampton Wanderers, Tottenham Hotspur and Chelsea next on the fixture list, things do not get any easier, but Rice believes West Ham have enough quality and character to beat the drop.

“We’re not out of trouble at all,” he confirmed. “We know that we’re down there and that’s the reality of it. We’ve got tough games, but those big games are the ones we tend to turn up in. That’s West Ham.

“We’ve beaten Manchester United and won at Chelsea this year, played well at Liverpool and Arsenal, and we’ll roll our sleeves up in our remaining nine games and say ‘let’s have it’. We’re confident that we can rise to the occasion and get out of it.” 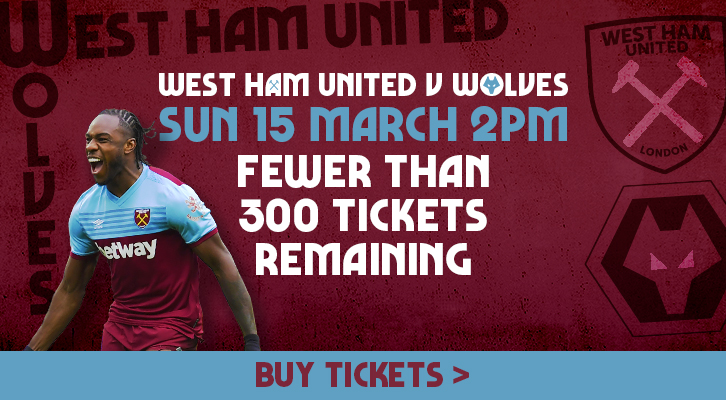