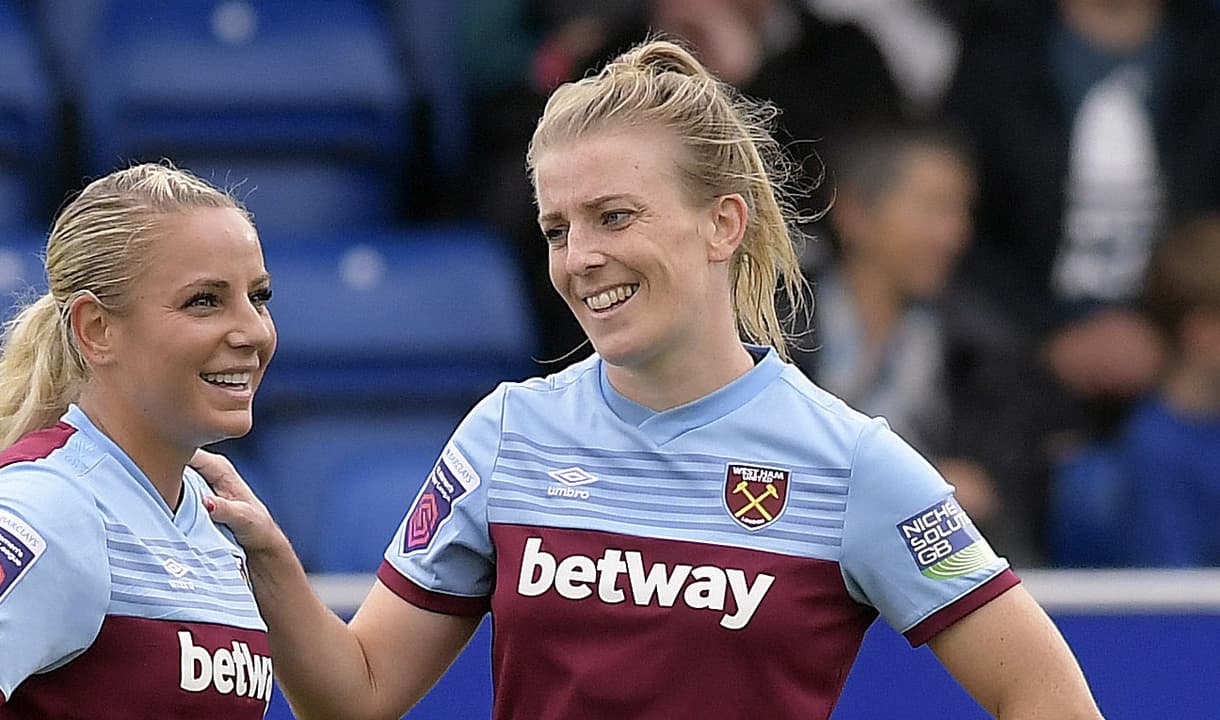 Longhurst caps a superb campaign in Claret & Blue by landing the prizes, reward for her outstanding contribution from midfield, which saw her score twice and provide three assists in 19 appearances across all competitions.

The Hammers supporter, who joined the club in 2018 from Liverpool, won the acclaim of both her fellow teammates and supporters to lift the trophies, presented by Niche Solutions and ZO Skin Health respectively.

A host of Hammers were honoured in the end-of-season awards, following the curtailment of the FA Women's Super League campaign.

Kenza Dali was chief among them, winning three awards to close a successful first term in Claret & Blue.

Her stunning second strike in the thumping 7-0 Continental Tyres Cup win against Crystal Palace saw off strong competition to win in this category.

That leaves just three further awards to reveal. Match of the Season, presented by Vanquish Tech, was voted to be the dramatic 3-2 WSL win over Manchester United at Rush Green in December.

The Hammers were 2-1 down with just seven minutes to play, but a brace of Katharina Baunach free-kicks turned the game on its head to keep the points in east London.

Courtney Brosnan is our next winner, with a fan vote picking her stop at Arsenal back in September as the Save of the Season, presented by Vision Consulting.

Last, but not least, exciting youngster Wiktoria Kiszkis is our Academy Player of the Season, presented by Aqua British.

The 16-year-old made three senior appearances, and is sure to continue making an impact at first team level.