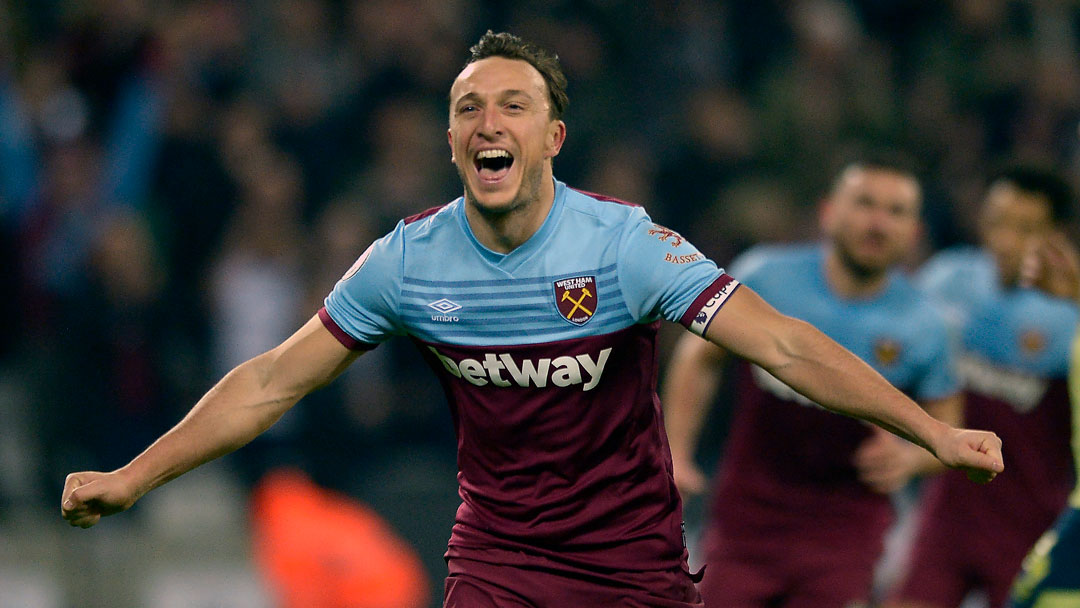 David Moyes has made just one change to his West Ham United starting XI for today’s Premier League fixture at Norwich City.

Captain Mark Noble returns to the team in place of Andriy Yarmolenko in the only alteration from Wednesday’s 1-0 home defeat by Burnley at London Stadium.

Former Ipswich Town loanee Noble skippers the side on his 499th appearance for the Hammers on a cool summer’s day at Carrow Road, where the sunshine we enjoyed on the drive up to Norfolk is now poking through the clouds.

Lukasz Fabianski starts in goal behind a back four of Ryan Fredericks, Issa Diop, Angelo Ogbonna and another former Ipswich player in left-back Aaron Cresswell.

Declan Rice, who has led the Irons in the last three matches in Noble’s absence, shields the back four, with Tomas Soucek and Noble completing the midfield three.

Yarmolenko, who made his first start since November on Wednesday evening, returns to the substitutes’ bench, where he is joined by fellow forwards Sebastien Haller and Albian Ajeti.

Robert Snodgrass and Felipe Anderson both returned to training for West Ham this week after returning from back and hamstring injuries, but today's match comes too soon.