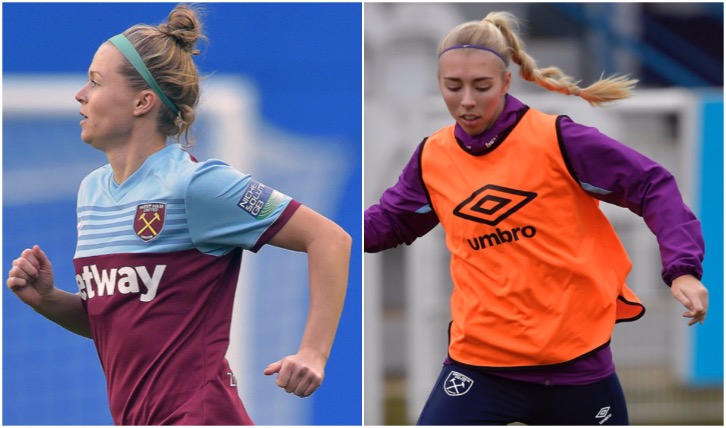 West Ham United are delighted to confirm that Ruesha Littlejohn has put pen to paper on a contract until the end of the season.

Littlejohn, who has been training with the Irons for a number of months, made one appearance on non-contract terms for Matt Beard's side in the 1-0 away win against Reading in the Continental League Cup last November.

The attacker has now joined the Irons on permanent deal until the end of the season and will wear the No16 shirt in Claret and Blue.

"I'm delighted to join West Ham United until the end of the season," Littlejohn told whufc.com. "Working with Matt and his coaching team has been a fantastic experience, as has been training alongside players with a lot of experience and wonderful personalities.

"It has been a very enjoyable couple of months so far and I'm looking forward to what the rest of the campaign has to offer."

The Irons have also bolstered their squad with the acquisition of 19-year-old full-back Olivia Smith.

Smith joins the Irons on non-contract terms, having worked with the Barclays FA Women's Super League side for a number of weeks, and will wear the No25 shirt.

With Erin Simon's departure to National Women's Soccer League side Houston Dash on Friday, Smith will add further depth to West Ham's defence as they seek to progress in the Women's FA Cup this weekend.

Harder: It was a marked improvement

Get your FREE Official Women's Programme for Chelsea now!

Cuppa with the Cornwells: Episode 4