Mark Noble and Lukasz Fabianski have taken part in a short film, marking Holocaust Memorial Day on 27 January. Footballers and managers from across the game have delivered a strong message about what can happen if people fail to call out racism and discrimination.

The video has been created by the National Holocaust Centre and Museum and Jewish News and will be shared on social media by clubs ahead of Holocaust Memorial Day, which this year also marks the 75th anniversary of the liberation of Auschwitz, the Nazi death camp in German-occupied Poland.

Meanwhile, the Academy of Football supported Holocaust Memorial Day on Sunday by observing a minute’s silence ahead of the U14s’ fixture with Watford at Little Heath.

This year, as part of a Premier League initiative, the Memorial Day theme is ‘Stand Together’. As part of that theme, both staff and players from West Ham and Watford took time prior to kick-off to think about the actions and motivations of people – both Jewish and non-Jewish – who stood up for others in the face of the indifference or hostility of many other Europeans.

We do a lot of education with our young players from early ages about equality and diversity.

The Academy of Football have equality and diversity at the roots of its values. Earlier this month, Academy Manager Ricky Martin praised his staff’s work to provide a holistic education for every player who walks through the doors at Chadwell Heath.

“We do a lot of education with our young players from early ages about equality and diversity,” he said. “I think it needs to be part of our culture and environment, so our young Academy players will always get involved, and there’s a lot of great work that goes on with our education scheme, our player care and our psychologists to help our young players learn, and that’s really vital.”

Holocaust Memorial Day takes place on Monday 27 January and the Club will continue to honour the magnitude of this occasion prior to the fixture against Liverpool at London Stadium on Wednesday 29 January.

In advance of Holocaust Memorial Day, the Club anounced its formal adoption of the working definition of antisemitism:

West Ham United become the second Premier League club, after Chelsea, to adopt the IHRA definition. The Club will also be marking Holocaust Memorial Day prior to our fixture against Liverpool at London Stadium on Wednesday 29 January.

West Ham United is unequivocal in its stance and has always taken a zero tolerance policy to any form of discrimination. Equality and diversity is at the heart of the Football Club and we are committed to continue ensuring that everyone who enters London Stadium is free to enjoy watching their team play football in an inclusive environment. 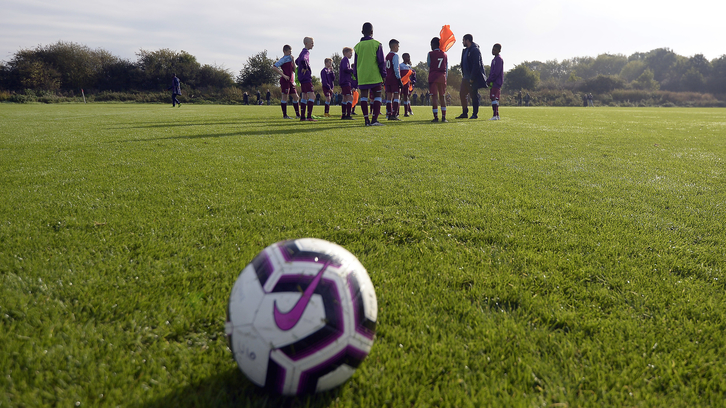